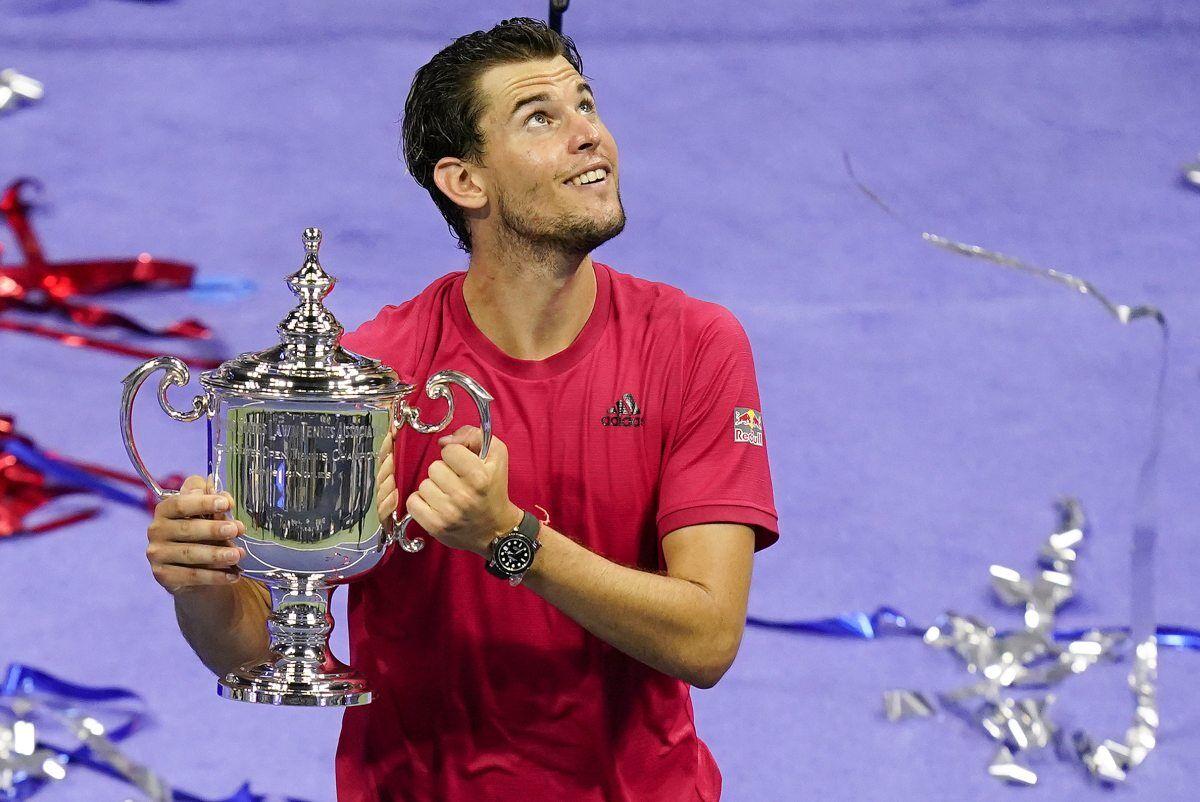 Dominic Thiem, of Austria, holds up the championship trophy after defeating Alexander Zverev, of Germany, in the men’s singles final of the US Open tennis championships on Sunday. 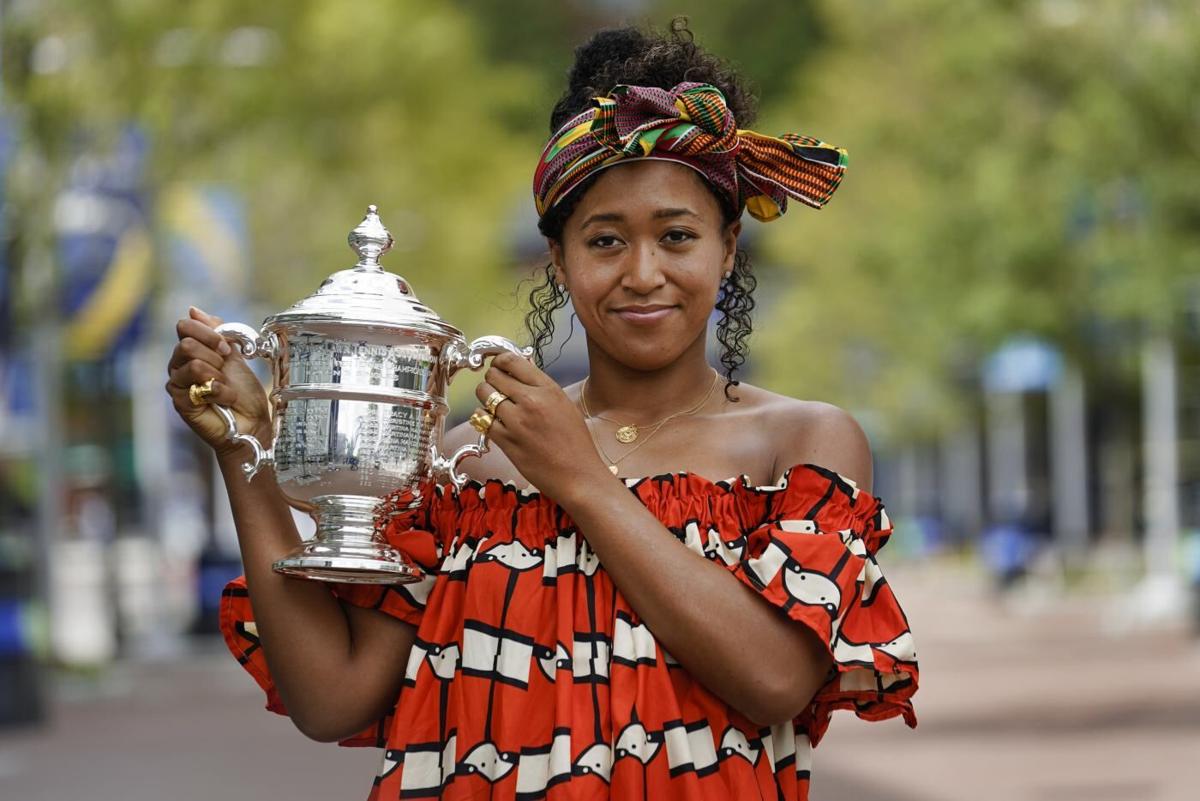 Naomi Osaka, of Japan, holds up the championship trophy while posing for photographs at the Billie Jean King National Tennis Center on Sunday.

Dominic Thiem, of Austria, holds up the championship trophy after defeating Alexander Zverev, of Germany, in the men’s singles final of the US Open tennis championships on Sunday.

Naomi Osaka, of Japan, holds up the championship trophy while posing for photographs at the Billie Jean King National Tennis Center on Sunday.

NEW YORK — A U.S. Open unlike any other finished unlike any other — with an unprecedented fifth-set tiebreaker as Dominic Thiem became the first man in 71 years to win the final after dropping the opening two sets.

So close to defeat in a nearly empty Arthur Ashe Stadium — fans were banned because of the coronavirus pandemic — Thiem slowly but surely turned things around against a faltering Alexander Zverev and pulled out a 2-6, 4-6, 6-4, 6-3, 7-6 (6) victory at Flushing Meadows for his first Grand Slam title.

The match ended with both men fighting leg cramps and, clearly, nerves.

“Somehow,” said Thiem, a 27-year-old from Austria, “the belief today was stronger than the body, and I’m super happy about that.”

When a backhand from Zverev landed wide on the third championship point, a weary Thiem dropped to his back way behind the baseline and covered his face with his hands. When he arose, he was met by Zverev, who walked around the net to clasp hands, then embrace his friend and foe, two sights rarely seen in this era of social distancing.

Thiem then rested his head on the shoulder of the taller Zverev, who himself came within two points of what would have been his first major triumph.

“I wish we could have two winners today,” Thiem said. “I think we both deserved it.”

He is the first man to win the American Grand Slam tournament after trailing 2-0 in sets in the final since Pancho Gonzalez did it against Ted Schroeder in 1949 at an event then known as the U.S. Championships and held in Forest Hills.

The event never had been settled by a fifth-set tiebreaker; no major tournament ever had until Novak Djokovic edged Roger Federer that way at Wimbledon in 2019.

Surprisingly off-kilter in the early going Saturday, Naom Osaka kept missing shots and digging herself a deficit. Until, suddenly, she lifted her game, and Victoria Azarenka couldn’t sustain her start. By the end, Osaka pulled away to a 1-6, 6-3, 6-3 victory for her second U.S. Open championship and third Grand Slam title overall.

“For me, I just thought,” said Osaka, who trailed by a set and a break, “it would be very embarrassing to lose this in an under an hour.”

This, then, is what she told herself with a white towel draped over her head at a changeover when things looked bleakest: “I just have to try as hard as I can and stop having a really bad attitude.”

It worked. A quarter-century had passed since a woman who lost the first set of a U.S. Open final wound up winning: In 1994, Arantxa Sanchez Vicario did it against Steffi Graf.

Osaka added to her triumphs at the 2018 U.S. Open — earned with a brilliant performance in a memorably chaotic and controversial final against Serena Williams — and 2019 Australian Open.

Azarenka carried an 11-match winning streak of her own into Saturday, including a stirring three-set victory over Williams in the semifinals, stopping the American’s bid for a 24th Grand Slam title.

Azarenka won the 2012 and 2013 Australian Opens and lost to Williams in the U.S. Open finals each of those years.