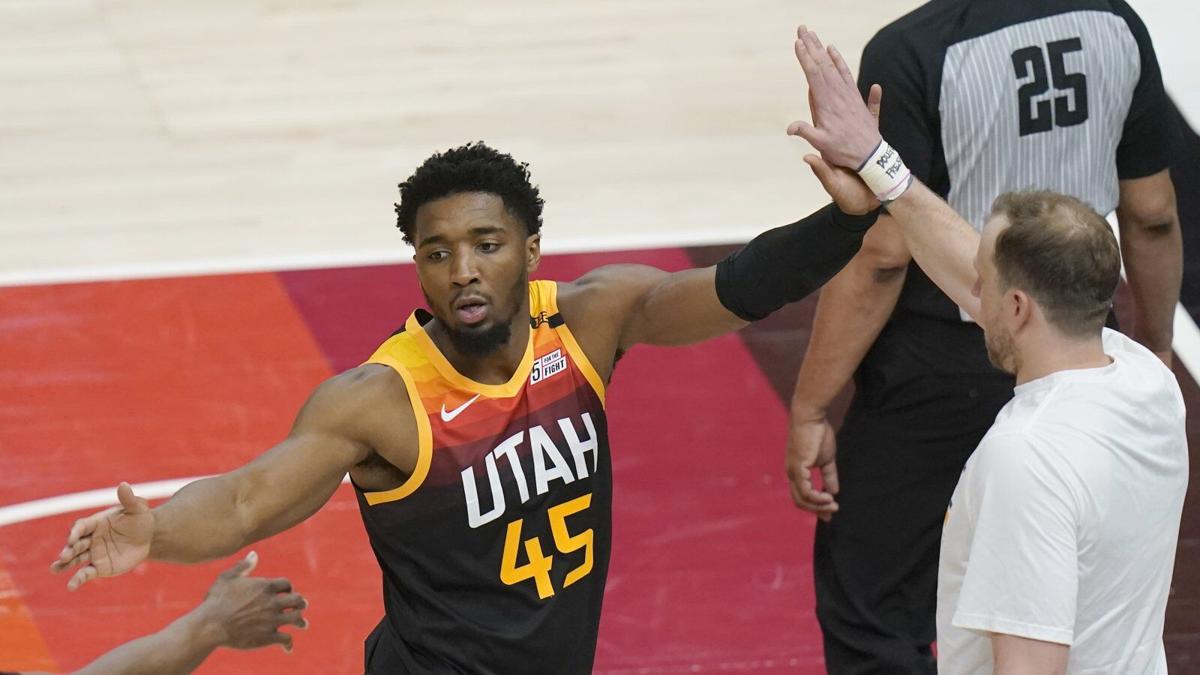 Utah Jazz guard Donovan Mitchell (45) receives high-fives as he heads to the bench during the second half of Game 5 of the team’s NBA basketball first-round playoff series against the Memphis Grizzlies on Wednesday, June 2, 2021, in Salt Lake City. 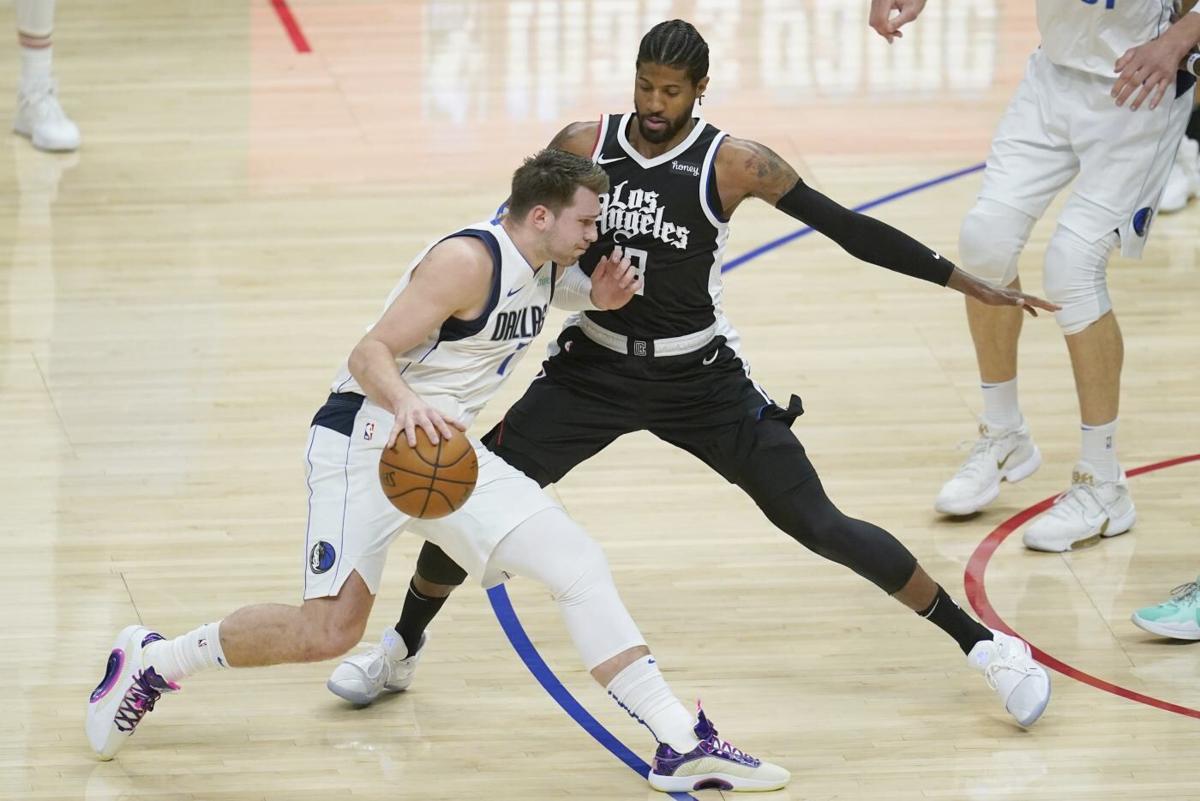 Utah Jazz guard Donovan Mitchell (45) receives high-fives as he heads to the bench during the second half of Game 5 of the team’s NBA basketball first-round playoff series against the Memphis Grizzlies on Wednesday, June 2, 2021, in Salt Lake City.

The Utah Jazz are well-rested. The Los Angeles Clippers are “war ready,” as Paul George puts it.

The Jazz, the NBA’s No. 1 overall seed, host the fourth-seeded Clippers in Game 1 of the Western Conference semifinals tonight.

Utah is a four-point favorite, according to FanDuel Sportsbook.

Utah beat the Memphis Grizzlies 4-1 in the first round, and has been waiting around since Wednesday to find out its next opponent.

The Clippers outlasted the Dallas Mavericks in seven games, bouncing back from an 0-2 deficit at home. The first six games were won by the road team, which made NBA history.

“It’s a marathon. We’re not worried about how long it takes to get to what we want to get to,” George said. “We’re prepared and we’re ready for what it takes.”

Mitchell sat out the opener against the Grizzlies recovering from an ankle injury. He averaged 28.5 points and 5.8 assists over the final three games of the series.

Leonard averaged 32.1 points against the Mavs, shooting 61% from the floor and 42% from long range. George averaged 23.5 points and a team-leading nine rebounds.

The Jazz took two out of three from the Clippers during the regular season. Two games were decided by five points or less. The Jazz won the other in an 18-point blowout while the Clippers were without Leonard, George, Nicolas Batum and Luke Kennard, while the Jazz were without Mike Conley.

“They present problems in a lot of different ways,” Jazz coach Quin Snyder said. “They can play small, they can play big. We’ve got our hands full.”

It figures to be a wild West shootout. The Clippers led the NBA in 3-point shooting at 41% during the regular season, when they had nine players hitting 40% or better from long range. They made 94 3-pointers in the seven games against the Mavs, the most by any team in these playoffs so far. LA made 20 3s to finish off the series, the most in a Game 7 in league history. Utah was close behind, hitting 84 in five games against the Grizzlies.

Jazz guard Conley has been nursing a hamstring strain since February. He reaggravated it and left early in Utah’s series-clinching victory over Memphis. The injury caused him to miss 21 games during the regular season. The Clippers’ Serge Ibaka played five minutes in Game 2 against the Mavs and has been mostly sidelined because of back spasms. LA could sorely use him to neutralize 7-foot-1 Rudy Gobert in pick-and-roll situations.

Both teams boast strong second units. Utah’s reserves are led by Jordan Clarkson, who won the league’s sixth man of the year award this season over teammate Joe Ingles. They’ll be needed to help with the load if Conley is unable to go. The Clippers’ bench ranked first in 3-point shooting at 41%; third in free throw shooting at 82%; and fourth in points at 39.4.

Reggie Jackson went from coming off the Clippers’ bench in the first two games against the Mavs to starting at point guard in the final five. He averaged 15.4 points in the series. Terance Mann spelled him at times, and his 13 points in Game 7 were crucial. Both players have come on strong late in the season to earn the nod over Patrick Beverley and Rajon Rondo, two veterans who didn’t have an impact on the first round.

The series matches a pair of championship-starved teams. Neither has ever won an NBA title, although the Jazz reached back-to-back Finals, losing to Michael Jordan and the Chicago Bulls in 1997 and ‘98. Utah will try to reach the West finals for the first time since 2007, when Hall of Famer Jerry Sloan was still coaching the team. The Clippers’ woes are well-documented, with the team never having advanced past the second round. They blew a 3-1 lead against Denver in the semifinals last year, which was Leonard and George’s first season together.