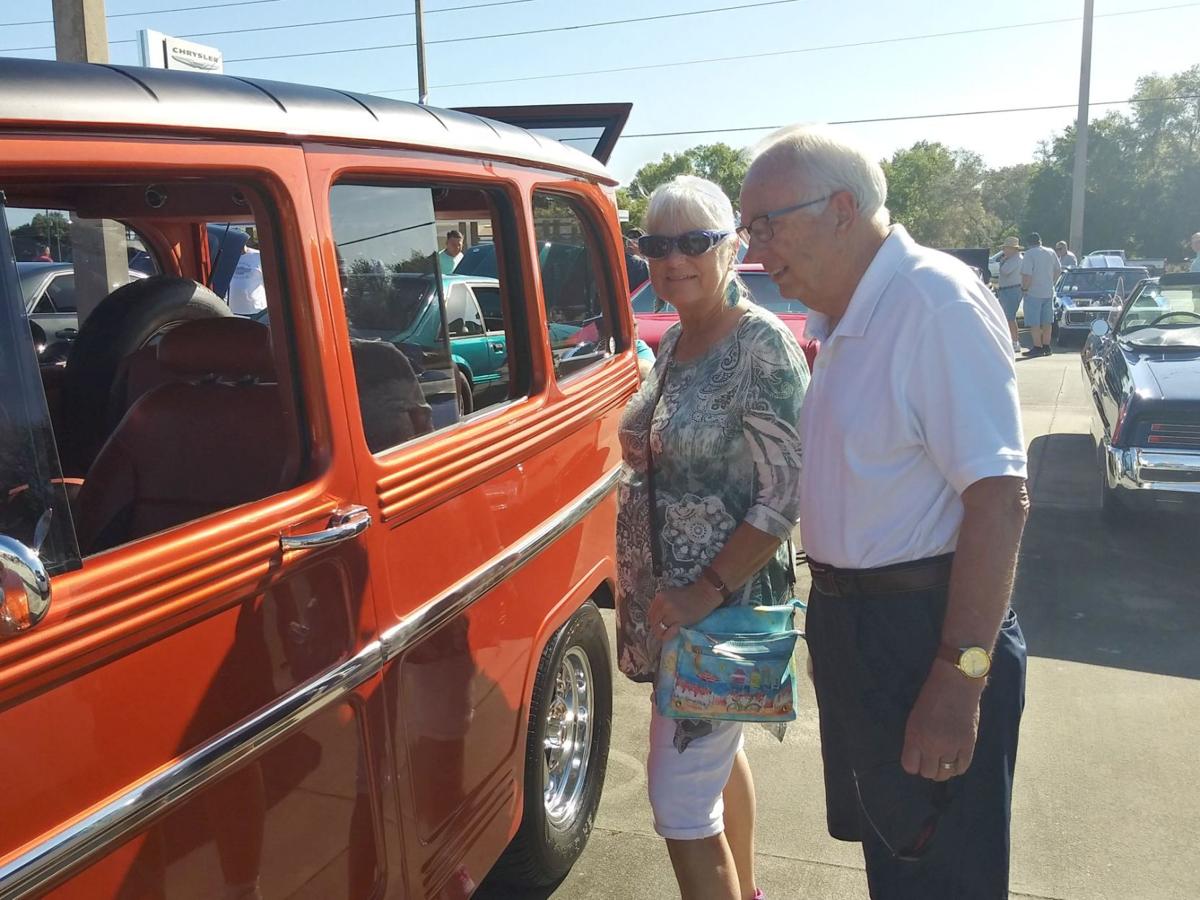 Cindy and Garry Unrath looking at a 1961 Willys Jeep Wagon. 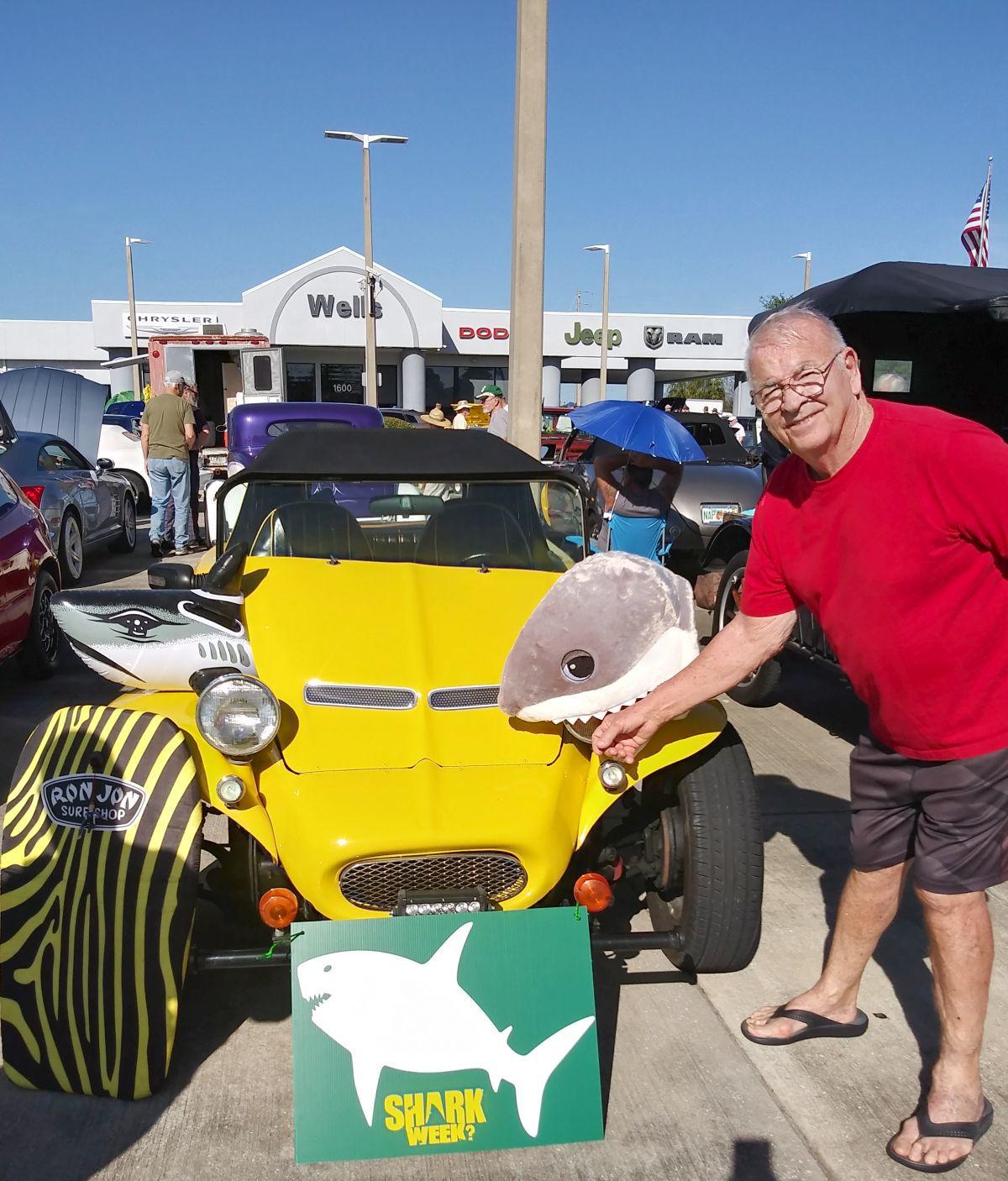 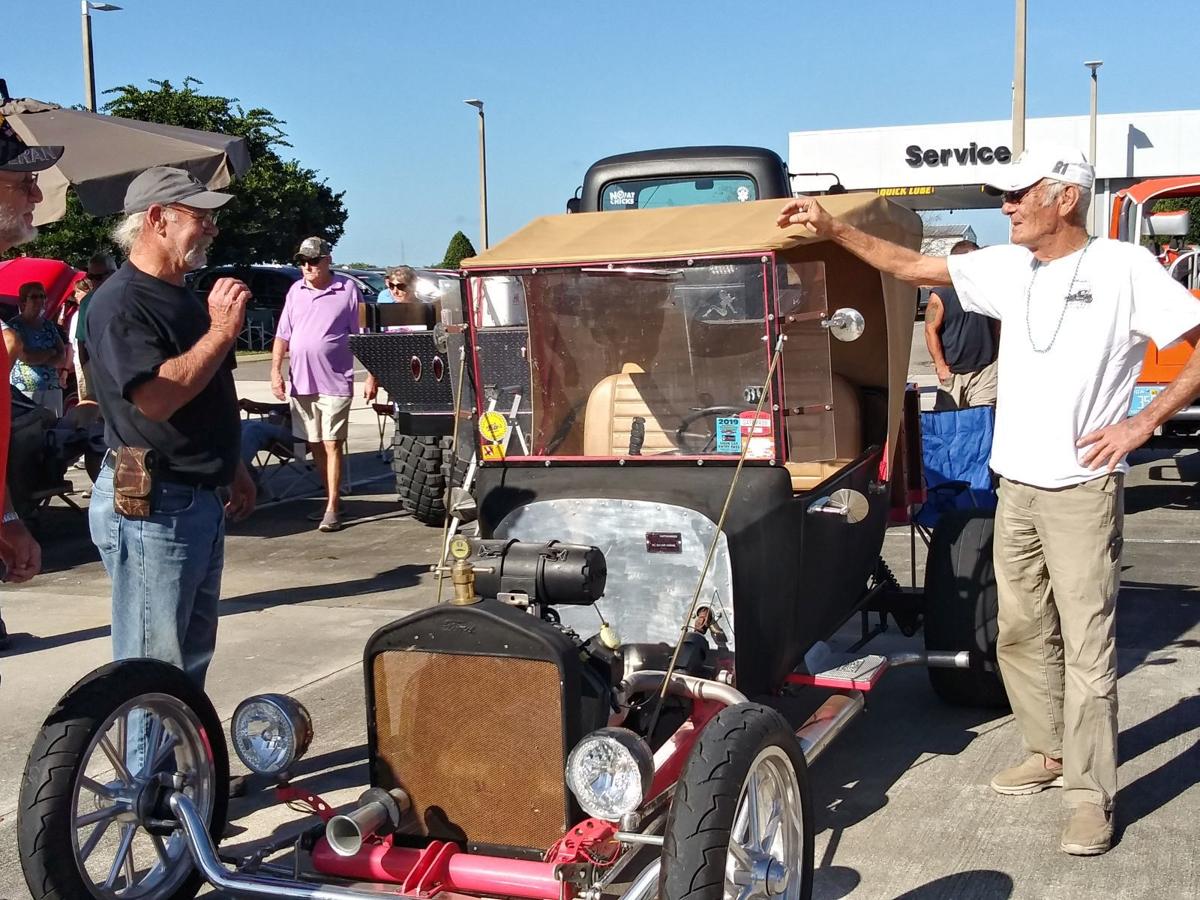 Cindy and Garry Unrath looking at a 1961 Willys Jeep Wagon.

Angie and Jeff Wrench brought their 1963 Plymouth Belvedere to the show. The color is called ’12 pack orange’ and is hard to miss. This vehicle, with its 440 cubic-inch Chrysler V8 engine, was overhauled out in California.

“Our car was in the movie, ‘Gone in 60 Seconds’ with Nicholas Cage and Robert Duvall. You could see it sitting up on the lift inside the garage in one of the scenes,” said Angie.

Daryn and Sheila Kobylinski brought their bright yellow Plymouth Road Runner. The car has a 500 cubic-inch, 600 horsepower engine and is a 5-speed.

“We were invited to the 2018 Carlisle Chrysler Nationals, as the featured vehicle,” said Daryn. “This vehicle had a custom makeover and has many special features.”

A group of ladies had a table set up and were playing card games and enjoying the sunshine while their men showcased their prize vehicles at the show. “We’re the wives of the car guys! We do this at every show, no matter where they go.”

Steve Hawthorne brought his 1962 VW Beach Buggy to the event. It was all decked out in a shark theme.

“This one here on the left is a Makko shark and the one on the right is a Great White. It’s a play on Shark Week on TV.” Hawthorne is the basketball coach at Avon Park High School.

There was plenty of opportunity to grab some good food while browsing through the aisles of vehicles. James Brown’s Famous Flames barbecue and Paradise Hot Dogs were there. You could also get some fresh lemonade, which was a must since the day became hot very quickly.

“It’s got a lawnmower engine but can easily go 60-70 mph. I use it for my daily driving around town.”

Denis Pulvermacher brought his 1972 VW Super Beetle along with his best furry friend, “Tia.” She was riding in style in her little stroller.

The event was packed with locals, snowbirds and visitors. This is an annual event that is always fun and well-attended. Wells Motor Company is located at 1600 South US 27 in Avon Park.