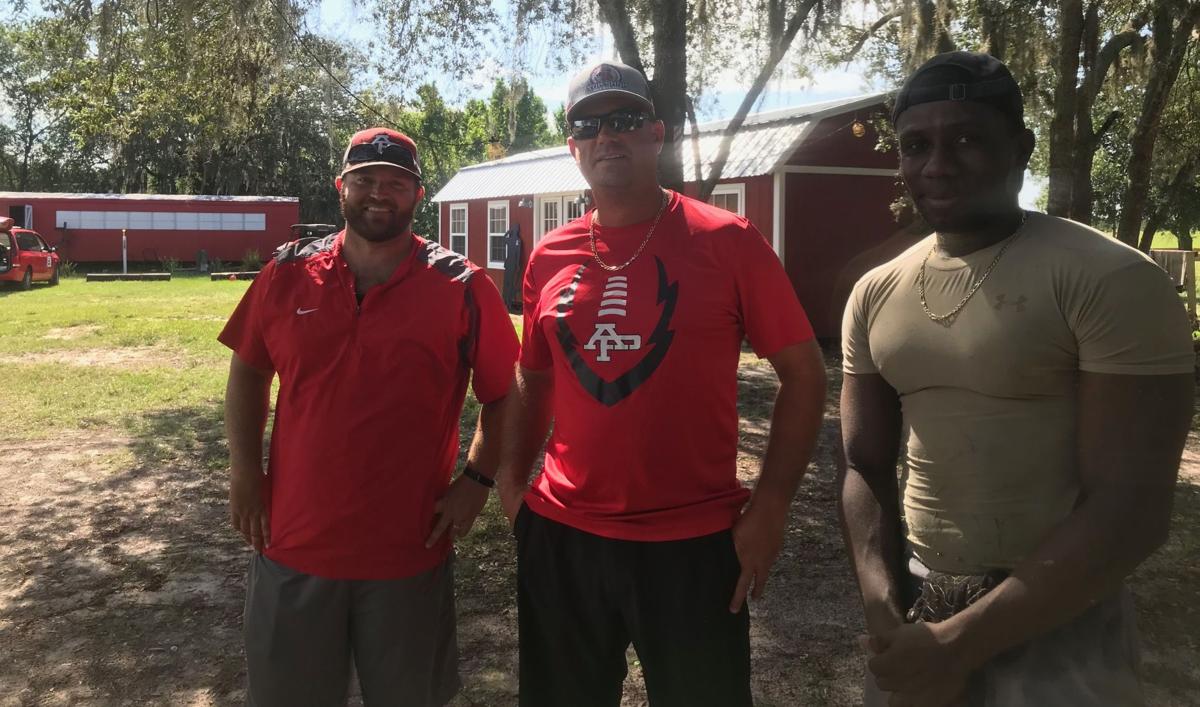 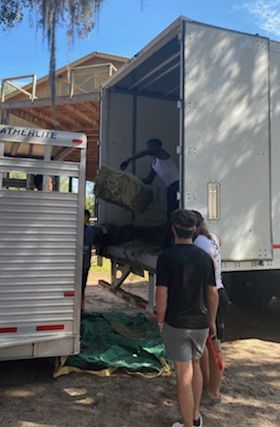 Avon Park High School football players unloaded about 400 bales of hay from a semi truck onto a horse trailer and then again from the trailer into the barn for storage. 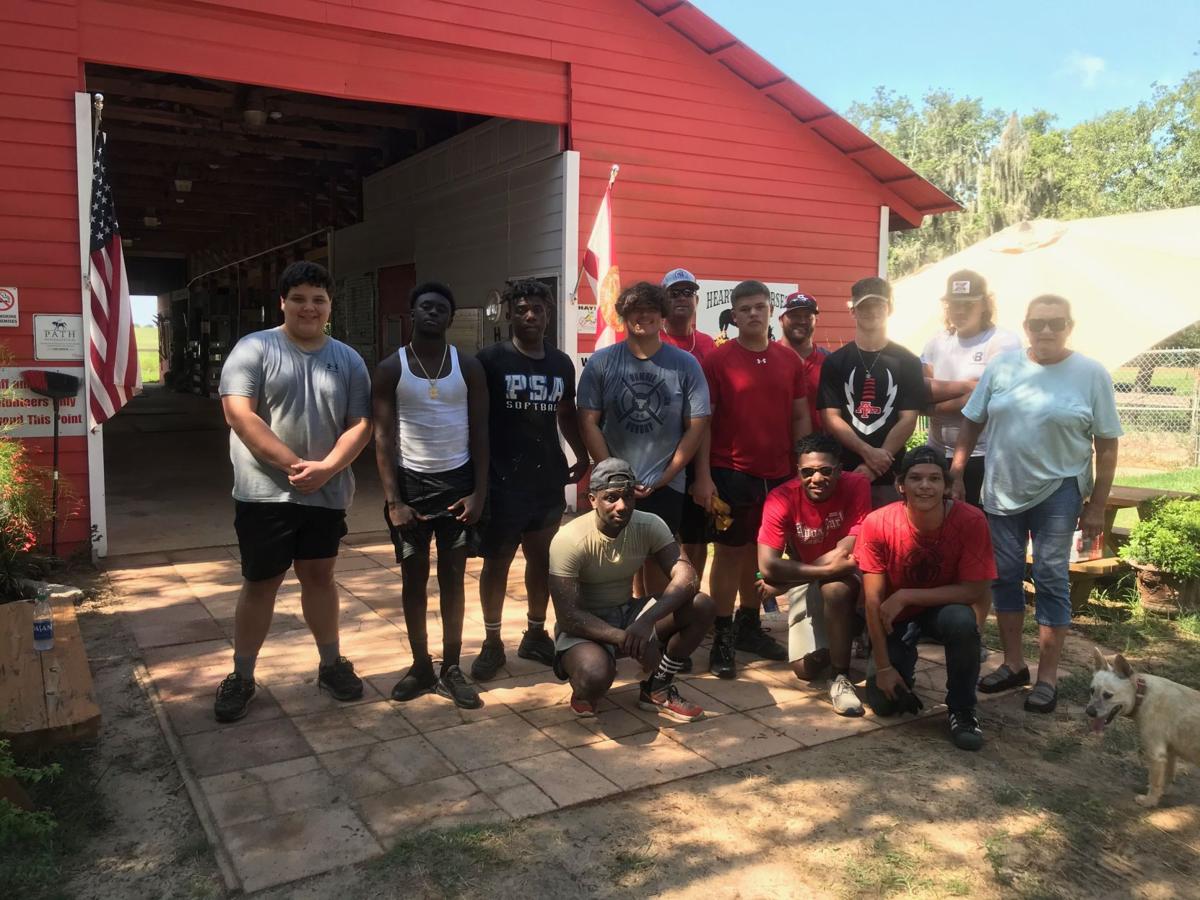 Avon Park High School football players unloaded about 400 bales of hay from a semi truck onto a horse trailer and then again from the trailer into the barn for storage.

AVON PARK — When the volunteers at Heartland Horses Equine Activities & Learning learned that pre-arranged help would not be on hand to unload a truck full of hay Monday, they weren’t sure what to do. Executive Director Claire Langway knew that she and the other volunteers wouldn’t be able to unload the truck coming from Indiana themselves.

As you can imagine, getting help (i.e., muscle, and lots of it) for a huge job on a holiday weekend was cause for panic.

Langway mentioned the dilemma to a neighbor, Justin Jackson, who is the father of a football player, over the weekend and on Monday, players of Avon Park High School varsity and junior varsity football teams came to the rescue.

Although the players had been given Monday off as a holiday, eight players responded to a text message from Coach Lee Albritton and gave up their day off to help. In fact, one player’s brother postponed a return trip to Fort Bragg so he could stay and help too.

The young men gathered at the field early Monday morning and about 30 minutes later they arrived at HHEAL to do what was needed — unload almost 400 bales of hay from a truck onto a trailer and then again from the trailer to be stored inside the barn.

A normal Monday for the teammates includes a lot of lifting weights, so the teammates didn’t really get a day off. Albritton estimated the bales weighed between 60 and 70 pounds each.

“These guys are truly our heroes; in spite of having been given Monday as a holiday from weight training, they had an extra-demanding workout – they unloaded almost 400 bales of hay from the truck in record time and did a wonderful job of neatly stacking them in the barn,” said Crystal Ann Shannon, HHEAL development director.

Albritton, who is in his first year as head coach, said he wants to encourage the players to give back to the community. He said, “It’s fine to hang out by the pool but it’s better to learn to give back.”

He said it was neat to see the players interact with the horses because most of them have never had that opportunity before.

Albritton treated the boys to lunch after all of the hard work, but not before offering their help again should the need arise.

Jacob Jackson, 15 and a sophomore player, said it felt nice to be helpful. “I enjoyed helping the people there and I look forward to helping again because it was fun,” he said.

Teammate Jamall Charles also volunteered for the morning and brought his big brother, Gabby Jean-Felix, who himself was a former Avon Park football player. Jean-Felix, a Marine, postponed his return to Fort Bragg so he could also help.

“Along with Coaches Albritton and Jackson, we are eternally grateful to football team members Colby Cloud, Kevin Barcinas, Bonny Sizemore, Ty Martz, Lacory Hillard, Tavion Richardson, Jamall Charles, and Jacob Jackson. And a very special thank you to Gabby Jean-Felix. This is an amazing group of young athletes with hearts to match their physical prowess! You are truly heroes and everyone at HHEAL will be especially cheering for you this football season,” Shannon said.