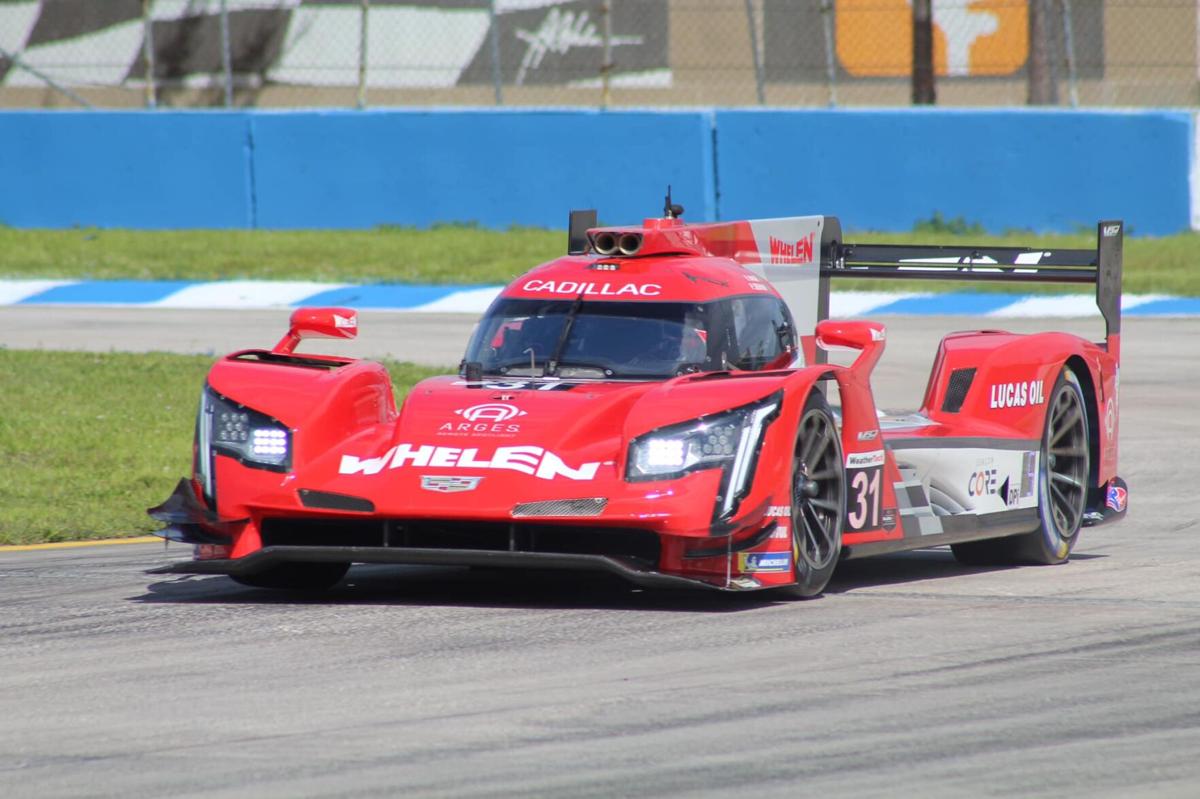 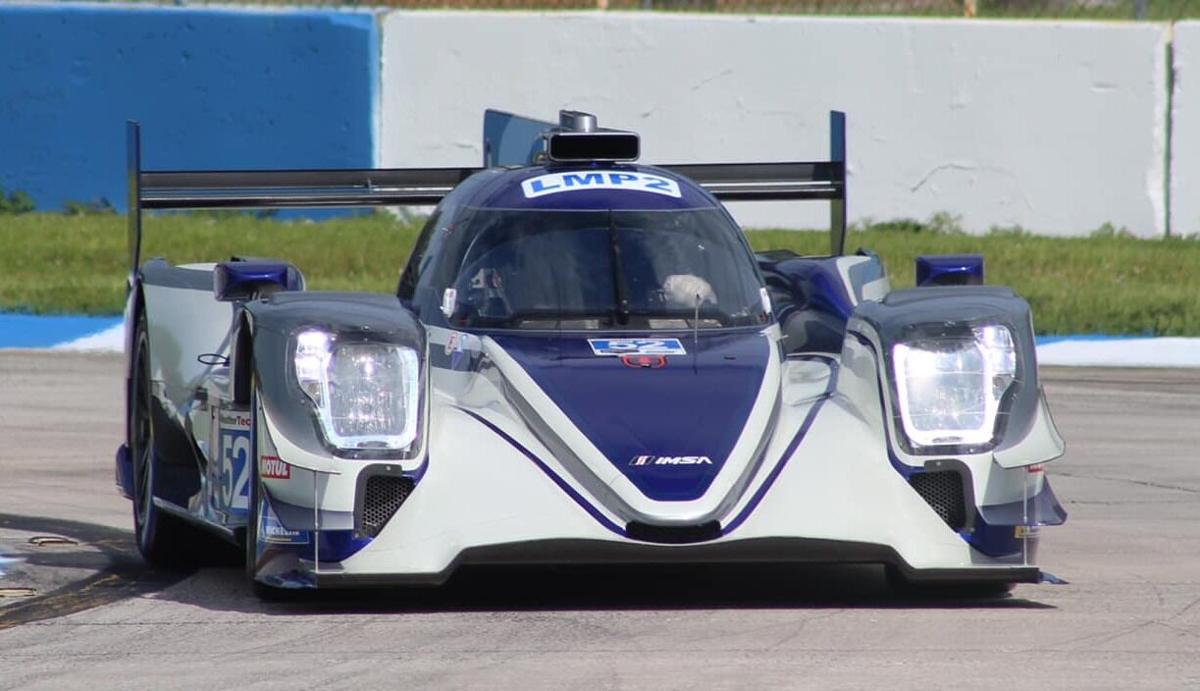 The No. 52 PR1 Mathiasen Motorsports entry captured the LMP2 class. 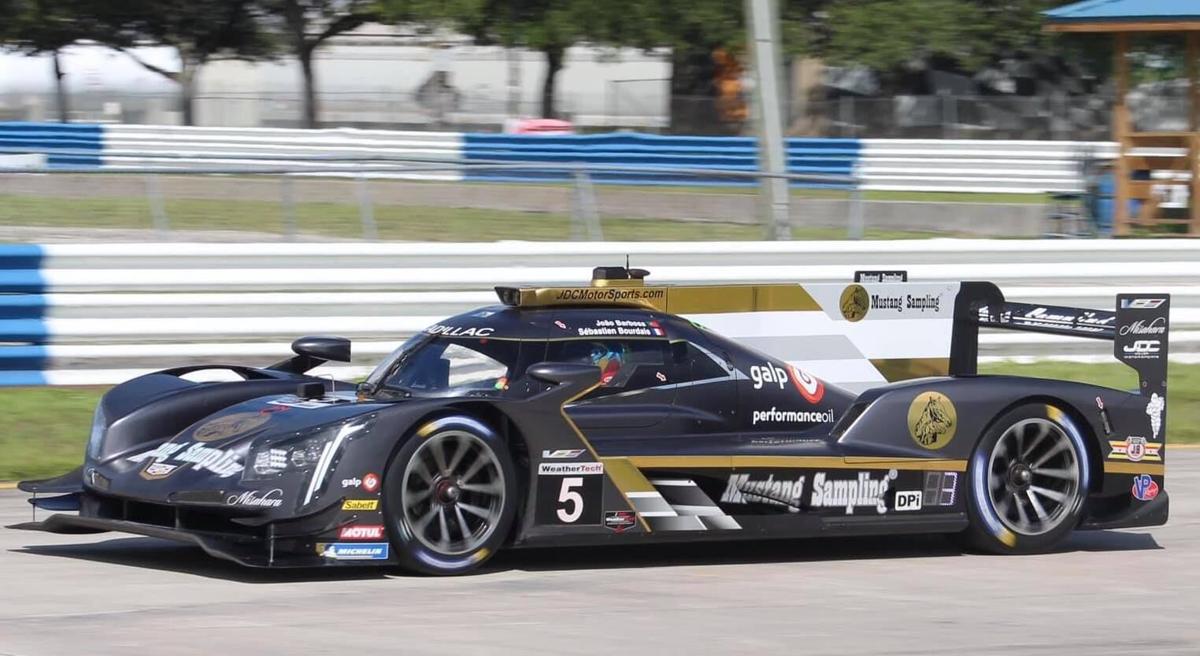 The No. 52 PR1 Mathiasen Motorsports entry captured the LMP2 class.

Felipe Nasr and Pipo Derani didn’t necessarily expect to dominate the Cadillac Grand Prix of Sebring, but that’s exactly what they did.

Derani started from the pole position Saturday in the No. 31 Whelen Engineering Cadillac DPi V.R. and pulled ahead of the field. Nasr then took over and did much the same, crossing the finish line 36.432 seconds ahead of Ryan Briscoe to win the DPi class and finish first overall in the two-hour 40-minute race at Sebring International Raceway.

For Nasr, who missed the IMSA WeatherTech 240 on July 4 after testing positive for COVID-19, the victory was special.

“I really went through a lot the last days,” said Nasr, who experienced mild symptoms before testing negative and returning to racing. “I was frustrated, but it was something I couldn’t control. My first intention was to protect the team. It was hard to miss Daytona.”

The victory was the first for the No. 31 team during the 2020 IMSA WeatherTech SportsCar Championship season, which resumed earlier this month after being delayed more than five months because of the virus. The car finished fifth July 4 with Gabby Chaves filling in for Nasr, and seventh in the season-opening Rolex 24 At Daytona in January.

“I think this place likes me,” Derani said. “It was a fantastic day for us. We had our last win last year at Petit Le Mans. This team is so used to winning, and not having the two races at Daytona go our way wasn’t what the team expected. … I love this place. We had a dominant car the whole way. It’s fantastic when you can roll off the truck with a setup that is as good as we had today.”

Briscoe tried to challenge Nasr during the second half, taking the lead in the No. 10 Konica Minolta Cadillac DPi-V.R he shared with Renger van der Zande when Nasr pitted in the final 45 minutes. But when Briscoe pitted with 34 minutes remaining, Nasr took the lead and sailed away from there.

“I couldn’t think of a better race to come back to IMSA,” he said. “I love this series. I love this track. Sebring is just amazing, and I think Sebring loves us back. … It’s such a gift. I can’t describe it.”

Sebastien Bourdais charged up to pass Oliver Jarvis on the final lap to give the No. 5 Mustang Sampling Racing/JDC-Miller MotorSports Cadillac DPi V.R he shared with Joao Barbosa a third-place finish. It was their third consecutive podium result.

Patrick Kelly and Spencer Pigot received a surprise after Saturday’s Cadillac Grand Prix. Instead of finishing second as expected, they were declared the winner of the LMP2 class at Sebring International Raceway.

IMSA officials ruled that Henrik Hedman, who shared the No. 81 DragonSpeed USA ORECA LMP2 07 with Gustavo Menezes that finished 12.258 seconds ahead of Kelly and Pigot, hadn’t met the minimum driving time of 45 minutes during the 2-hour 40-minute race.

That dropped the No. 81 car to last place in the class and awarded the class win and ninth place overall to the No. 52 PR1 Mathiasen Motorsports ORECA shared by Kelly and Pigot.

Kelly and Pigot were congratulating the DragonSpeed drivers when they heard the ruling over the track’s public-address system.

“I had already said ‘good job’ to Gustavo,” Pigot said. “We used to race go-karts together. This is the first time we’ve raced against each other in probably 10 years, but it was cool to be back battling with him. I got out of the car and thought we finished second, I actually heard over the loudspeaker that they got a penalty. It was as a surprise to me as it was to all of us.”

It’s not exactly the way Pigot and Kelly wanted to win, but they’ll take it.

“I’ll take a win anytime I can get it,” Kelly said. “This isn’t the way you want to get it, necessarily. I want to take my hat off to the guys at DragonSpeed. They drove a hell of a race. They had fantastic pace. They seem like really great guys. Kudos to them.”

It was Pigot’s first win in IMSA. He was a late replacement for Simon Trummer, who competed in the European Le Mans Series race in France this weekend.

“It’s great to get a win here at Sebring,” Pigot said. “I was close to a podium in the Twelve Hours, but never got to finish the race. I just got a call from (team owner) Bobby (Oergel) last week. I was sitting at home and they said they needed a driver and asked if I’d be interested. I’m very thankful to them.”

The ruling moved the No. 38 Performance Tech Motorsports driven by Cameron Cassels and Kyle Masson up to second in the LMP2 class. Dwight Merriman and Kyle Tilley completed the class podium in the No. 18 Era Motorsport ORECA.