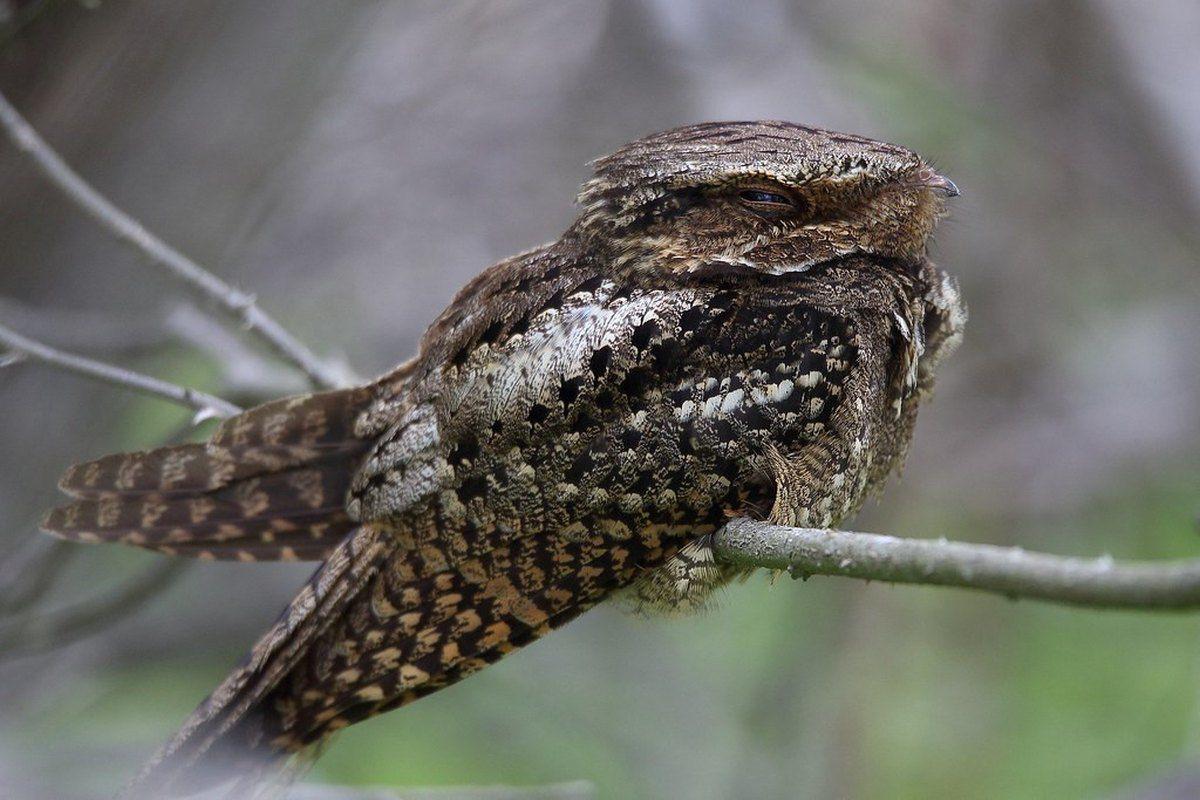 A Chuck-will’s-widow perched on a branch during the daytime. These are nocturnal birds that capture flying insects in the dark. “Chuck-wills-widow” by Scott Heron is licensed under Creative Commons by ShareAlike 2.0. 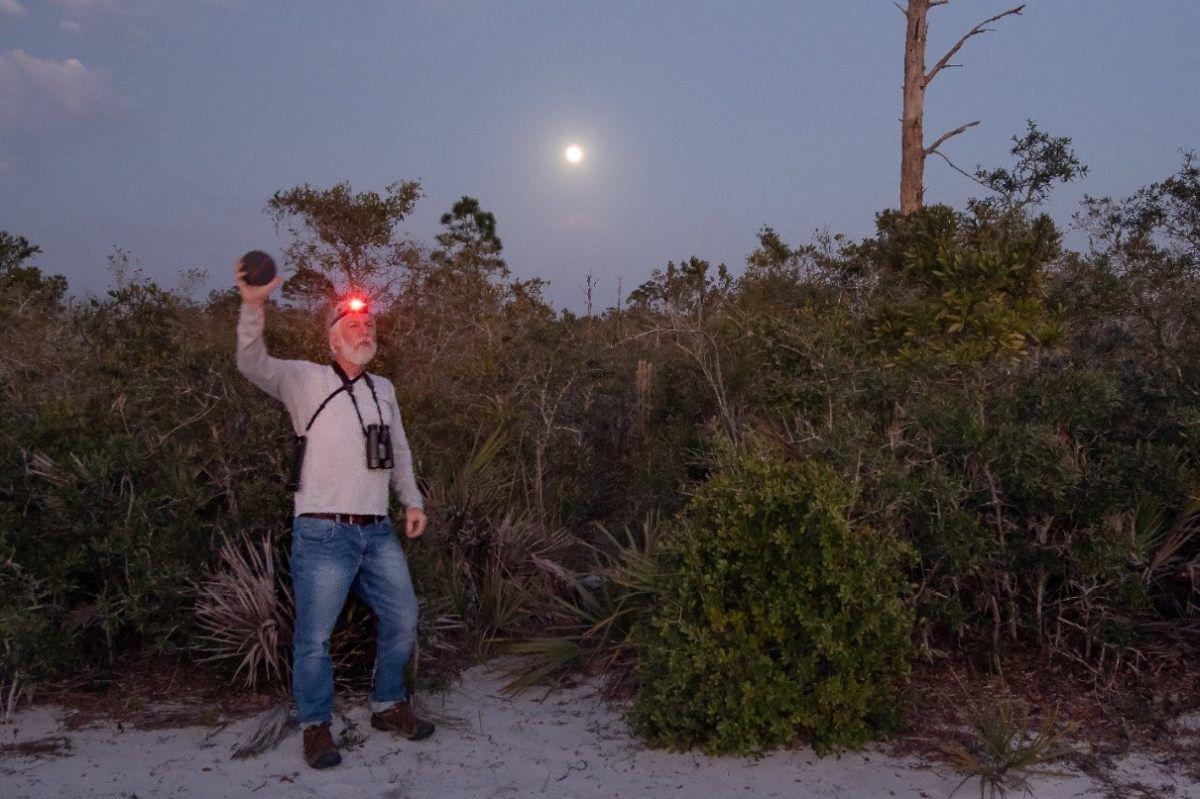 Dr. Reed Bowman surveys for Whip-poor-wills and Chuck-will’s-widows after dark by playing recordings of their calls and listening for their response.

A Chuck-will’s-widow perched on a branch during the daytime. These are nocturnal birds that capture flying insects in the dark. “Chuck-wills-widow” by Scott Heron is licensed under Creative Commons by ShareAlike 2.0.

Dr. Reed Bowman surveys for Whip-poor-wills and Chuck-will’s-widows after dark by playing recordings of their calls and listening for their response.

In Highlands County, they breed in the spring and summer but fly south for the winter, only to be replaced here in the winter by the Whip-poor-will, another nightjar that breeds farther north.

A vast trove of folklore exists around these birds. Their scientific name Caprimulgidae, literally means “goat milkers,” as they were thought to feed on the milk of lactating goats at night.

Rather both species are aerial insectivores, mostly catching flying insects on the wing in the middle of the night. The birds have tiny bills that belie their enormous mouths and stiff whiskers to catch moths flitting in the dark. The whiskers are sensitive to touch and help direct insects into their mouth. Think of them as large catcher mitts and the ball is the flitting unpredictable insects. Both species are declining in numbers throughout their range, especially in Florida, yet relatively little is known about them here.

In 2019, Dr. Reed Bowman, Director of the Avian Ecology Program at Archbold Biological Station, and Yosvany Rodriguez, a post-baccalaureate research intern from Franklin and Marshall College, began studying them at Archbold. Dr. Bowman said, “The decline of these species may be driven by changes in flying insect populations or changes in species’ breeding or wintering habitat. We wanted to understand their preferences for different habitats and patches burned at different times here at Archbold. Does our fire management benefit them?”

Both species, whether it is Whip-poor-wills in the winter or Chuck-will’s widows in the spring, are very territorial, calling frequently, which makes surveying for them much easier, especially since it is done in the dark!

Rodriguez said, “We conduct our surveys from January to June. They begin 30 minutes after sunset, but both species respond best on moonlit nights, so we conduct our surveys only during the waxing gibbous and full moon phases. We’ve learned that we detect few birds during the new moon. At each survey point, we listen for four minutes, then use taped playbacks of their calls for one minute, then listen for another two. We record each bird that we see or hear and map their location on an iPad.”

From these locations, the researchers determine numbers of each species, and in which habitats or burn patches they were most numerous. Dr. Bowman said, “In 2019, we didn’t get good data for Whip-poor-wills, but we discovered that Chuck-will’s-widows preferred scrubby flatwoods and avoided any area that had burned within the last two years. They were most abundant in patches that burned 3-20 years ago.

This matches the fire management plan at Archbold Biological Station, where more than 80% of our habitats are burned within this range. Because we protect native habitats and have a long history of fire management, Chuck-will’s-widows are abundant at Archbold.”

The researchers are repeating these surveys in 2020 and hope to get better data on Whip-poor-wills, which don’t seem as abundant as Chuck-will’s widows! To many, the plaintive call of a nightjar reminds us of a youth spent outdoors.

As Henry David Thoreau said, “The note of the whippoorwill borne over the fields is the voice with which the woods and moonlight woo me.”