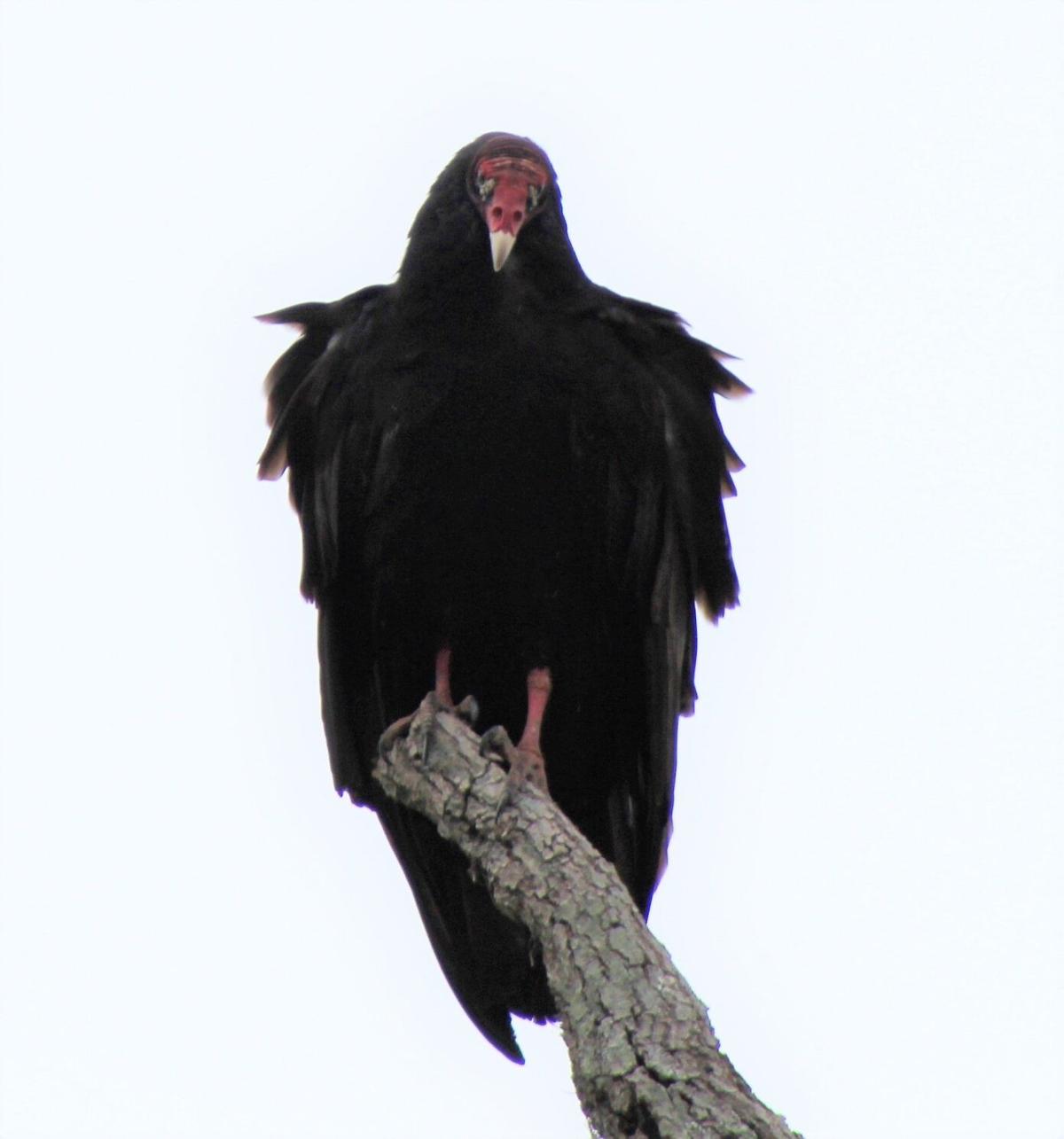 The turkey vulture is named for their red, featherless head that resembles that of a wild turkey. 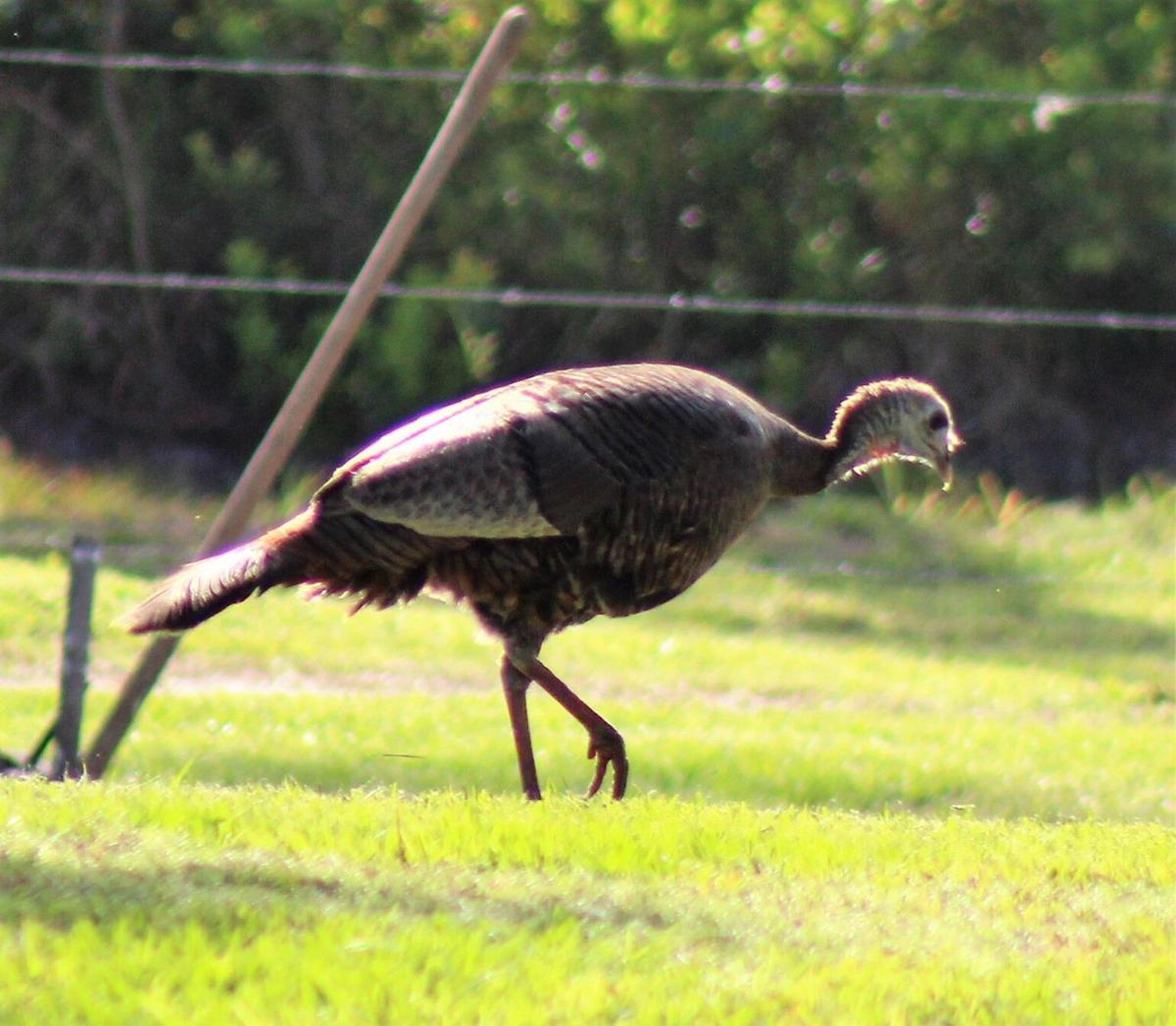 The Florida Osceola turkey, like this female, weighs around 10 pounds while males top out around 20 pounds. 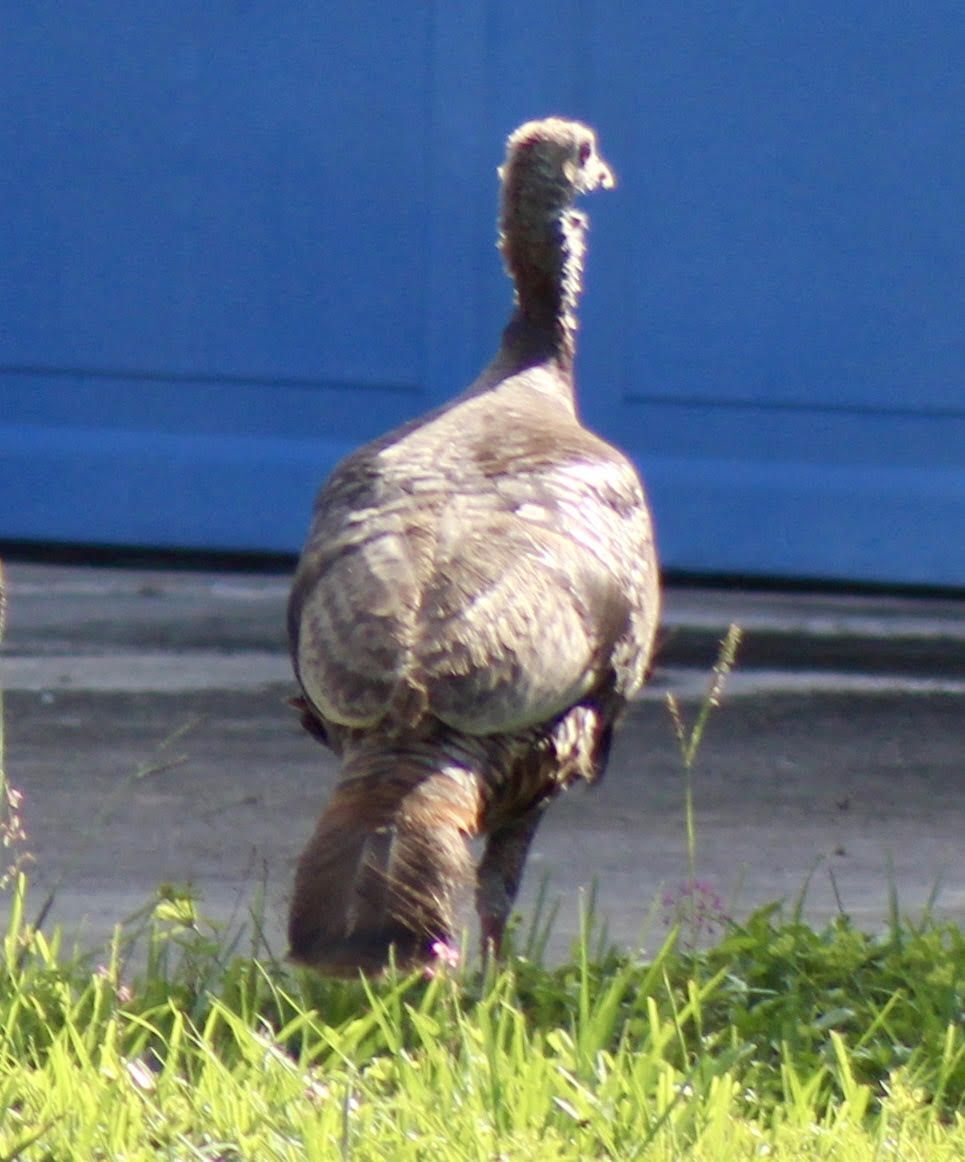 Foragers of nuts, seeds and insects, wild turkeys will readily come to your feeder if woodlands are nearby.

The turkey vulture is named for their red, featherless head that resembles that of a wild turkey.

The Florida Osceola turkey, like this female, weighs around 10 pounds while males top out around 20 pounds.

Foragers of nuts, seeds and insects, wild turkeys will readily come to your feeder if woodlands are nearby.

As Thanksgiving Day approaches it seems so appropriate right now to mention how the wild turkey was proposed to be our national symbol in 1776 by Benjamin Franklin. How’s that for some political banter? Seriously though, the turkey is also a symbolic in how it flourished, then floundered before rebounding. That feels a bit better, doesn’t it?

Abundant in colonial times, the bird was originally brought to the U.S. by European explorers and English colonists. One of just two species of turkey found in the world, wild turkeys and the Ocellated turkey of Mexico and Central America are a dining favorite no matter where you reside.

While it flourished for hundreds of years, by 1900 this big bird was nearly extinct. A delicacy as much back then as it is today, predation by humans and habitat loss almost made your favorite dish a goner. Thankfully, this hearty meal is also a hardy animal that when transplanted across its former range was able to repopulate. Now common in the wilds, that bird on your table this coming holiday will likely be a domesticated, farmed turkey unless you are into game hunting.

Wild turkeys can run fast. That’s important when you are a meal on two feet. Those long toes end can stride to about four feet. While it is comical to watch them take off, they can fly nearly 50 miles per hour and even swim. Young turkeys hatch from a simple nest referred to as a scratch. Merely a depression in the leaf litter, eggs are laid right on the ground.

Juveniles turkeys are much at risk as they follow the female around their first few days after hatching. The parent will feed them briefly until they are able to begin foraging. In several weeks they can fly and will roost with the mother in trees for protection from predators.

Your best chance of seeing them is to watch open areas adjacent to wooded forests. Turkeys will poke about looking for insects, nuts or seeds on roadside edges or open grassy areas. Here in Florida, our subspecies is known as the Osceola wild turkey. Females weigh an average of 8-12 pounds as an adult while the males round out at perhaps 20 pounds.

You may have also heard another bird referred to as a “turkey buzzard.” The turkey vulture is named such because their featherless head-similar to the red head of a wild turkey-is perfect for staying clean while poking about in a carcass of something dead. Blessed with an excellent sense of smell and indiscriminate consumer of all deceased protein, there is no need for social distancing concerns for this amazing avian either. Despite a diet heaped in microbes and decay, they remain healthy and immune from most illnesses.

That weird, modified feather beard of the male turkey grows along with the bird. Longer beards belong to the older males and signify a superior mate.