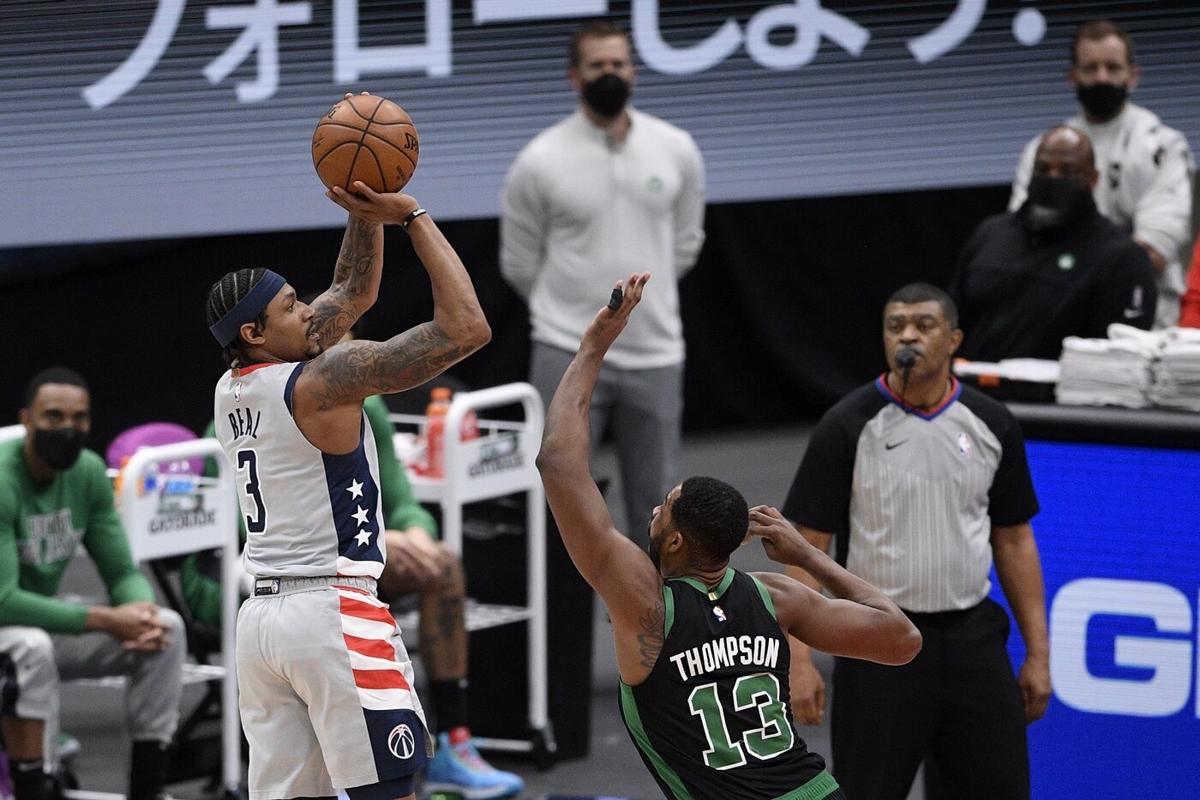 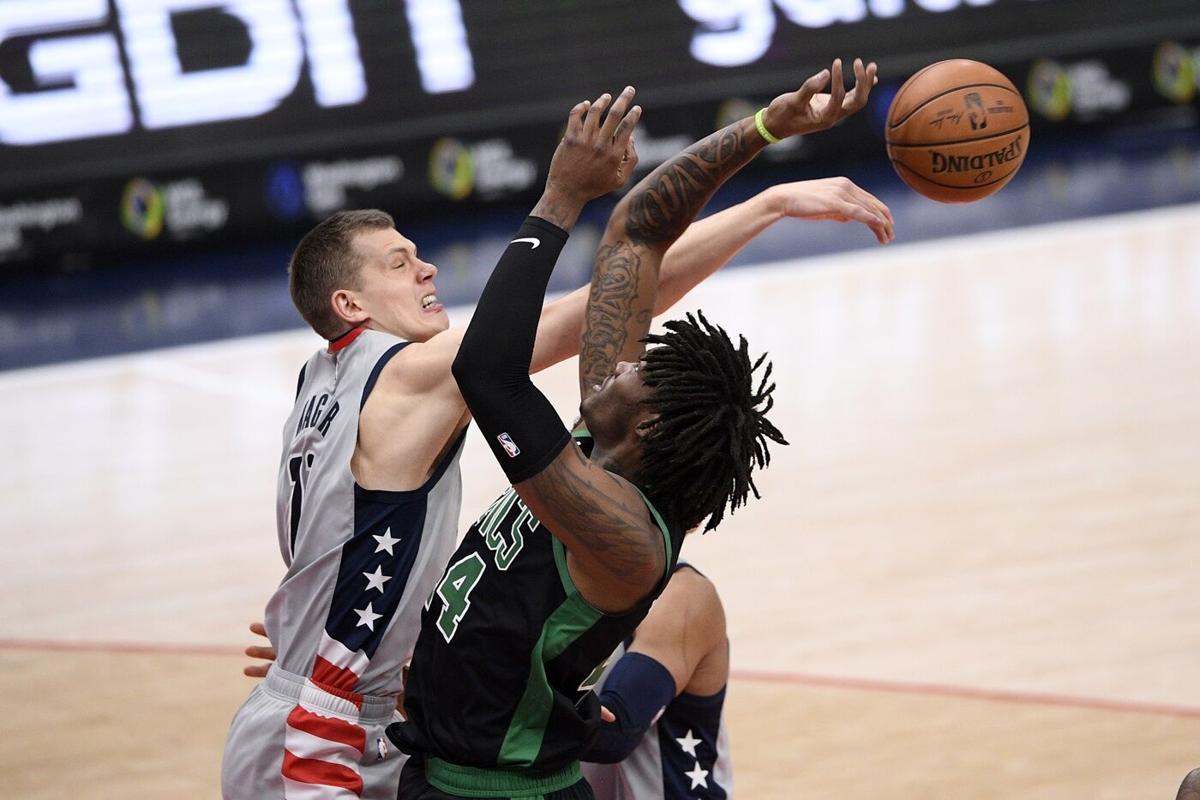 Washington Wizards center Moritz Wagner (21) is called for a foul on Boston Celtics center Robert Williams III (44) during the first half of an NBA basketball game, Sunday, Feb. 14, 2021, in Washington.

Washington Wizards center Moritz Wagner (21) is called for a foul on Boston Celtics center Robert Williams III (44) during the first half of an NBA basketball game, Sunday, Feb. 14, 2021, in Washington.

WASHINGTON — Bradley Beal returned from a rare night off to score 35 points, Russell Westbrook was a rebound short of a triple-double, and the Washington Wizards beat the Boston Celtics 104-91 on Sunday.

Beal, the NBA’s leading scorer who sat out Friday night’s loss to the New York Knicks, appeared rejuvenated as he hit 10 of 18 from the field, converted four 3-pointers and made all 11 of his free throws.

“It was a mental unwind, it was a physical unwind,” Beal said. “My body was a little beat up. It’s always good to be able to get away from the game for a minute.

“I put so much pressure on myself to do well, try to be the best I can possibly be, try to come out to win every game. I just needed a little break. You can’t do everything by yourself.”

Kemba Walker and Jalen Brown each scored 25 points for Boston, which has lost 10 of 16.

Brown conceded that things aren’t going well, and that the Celtics could be bottoming out.

“It could be. It’s up the mentality of everybody. You let it be rock-bottom mentality and that’s what it’s going to be,” Brown said. “Today we weren’t very good.”

The Wizards, who led except for the early moments, ran off 11 straight points to take a 77-53 lead midway through the third quarter. This was the first time this season Washington held an opponent to fewer than 100 points.

Jayson Tatum, who entered the game averaging 26.6 points, was held to a season-low six points.

Celtics: Coach Brad Stevens said he’s often under internal pressure to play Tatum and Brown even more than he does. “Sometimes my 15-year-old asks me when I get home, ‘Why isn’t Tatum in here? Why isn’t Brown in here?’ Because they have to sit sometimes. You can’t play those guys 48 minutes a game every single night,” Stevens said. ... G Marcus Smart missed his eighth straight game with a torn right calf. ... Walker’s 25 points were a season high.

Beal said he wasn’t thinking about longtime Wizards guard John Wall’s return on Monday. Wall was traded to the Houston Rockets for Westbrook before the season, and the longtime fan favorite will return to an empty arena.

“It’s the Wizards versus Houston, we’re past that,” Beal said. “I think it would be different for fans to be in the building, for them to be able to show their love for John.”

Stevens would normally be getting ready for the All-Star break. Instead, he’s in the midst of his busiest month of the season. The Celtics are playing 16 games in 28 days, including four back-to-backs.

“My body clock is not used to this, but it has nothing to do with the break (not) being right now because we started a lot later,” Stevens said. “The normal clock, the normal management of the season, all that stuff is way out of whack.”