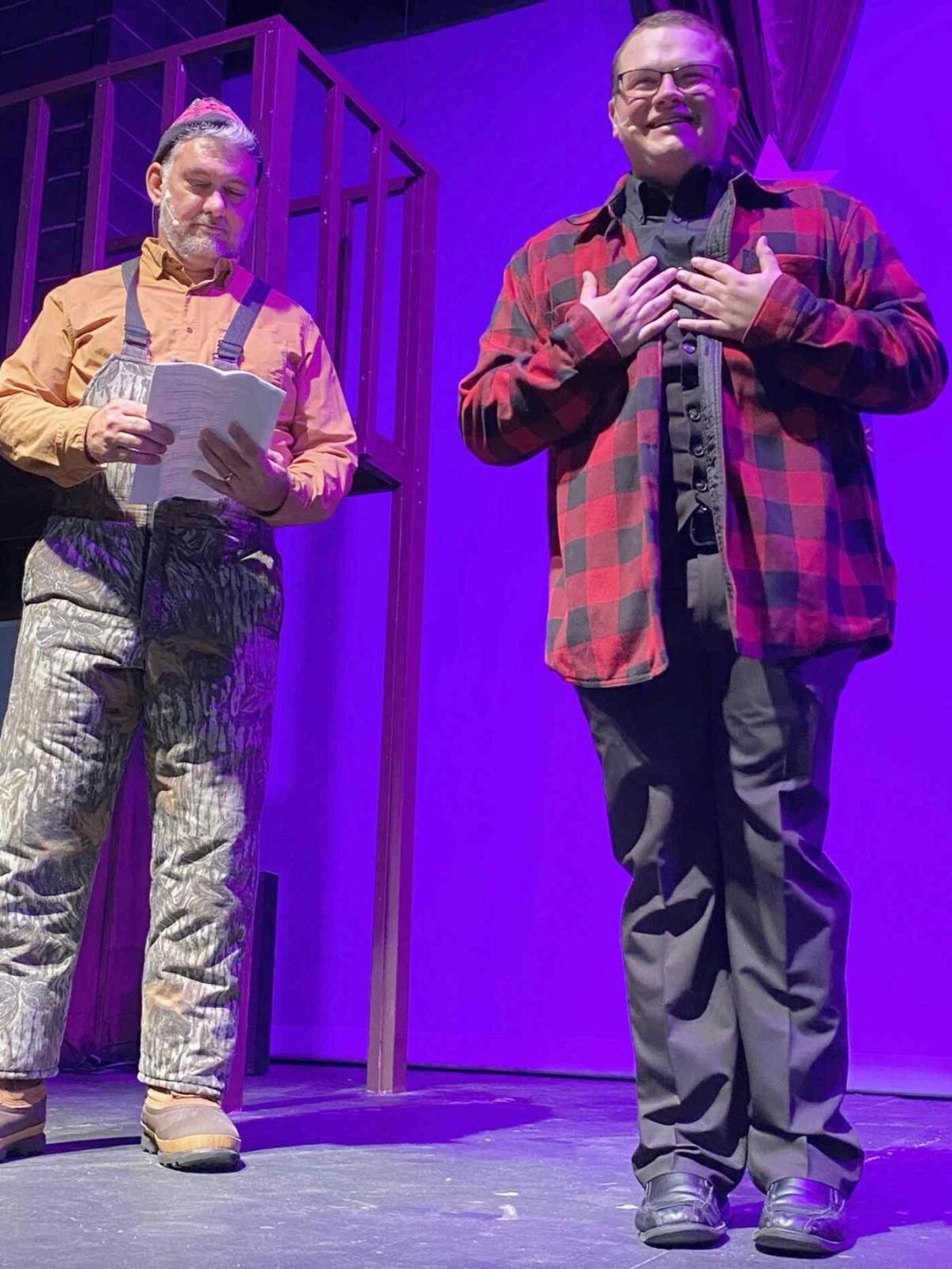 Gary Johnson and Tony Toler served as emcees of the Zenon Awards. 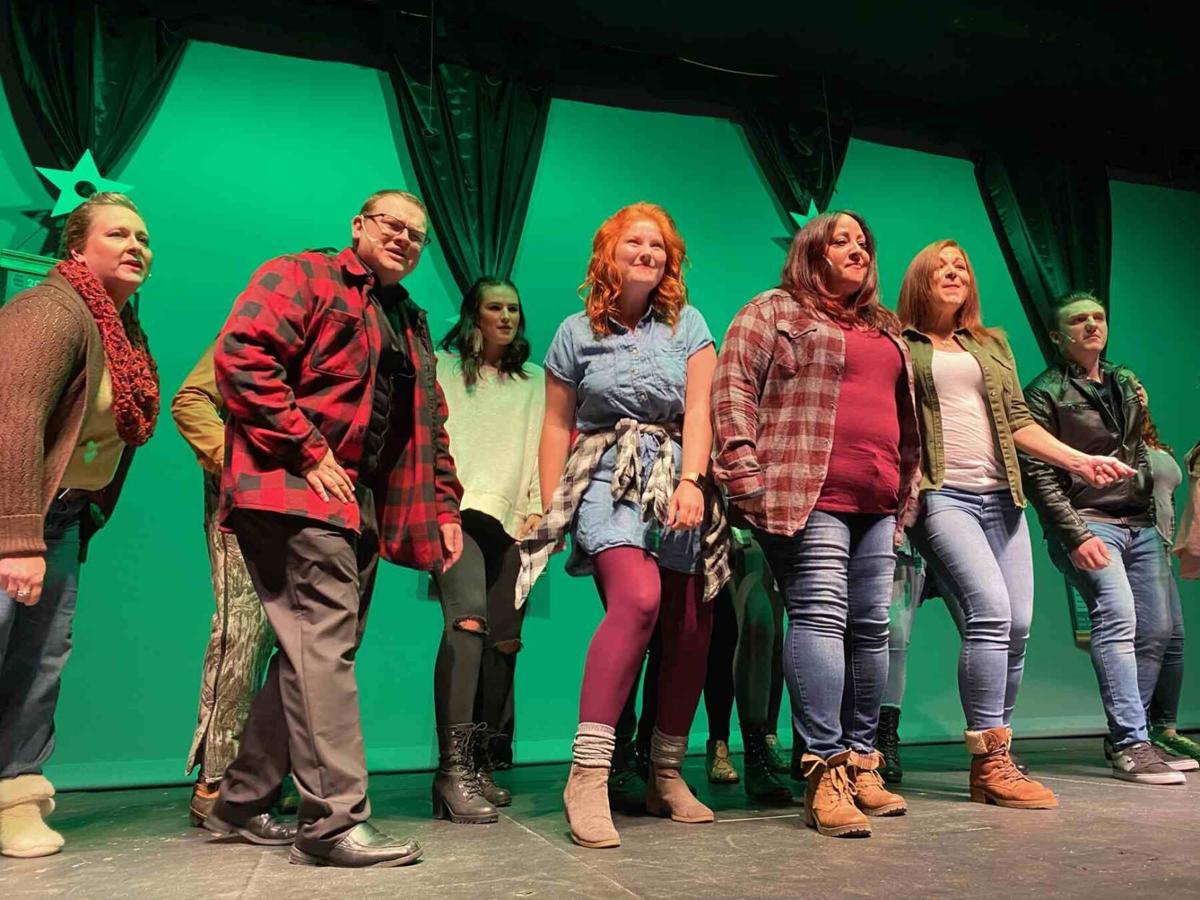 Performing “Welcome to the Rock.” 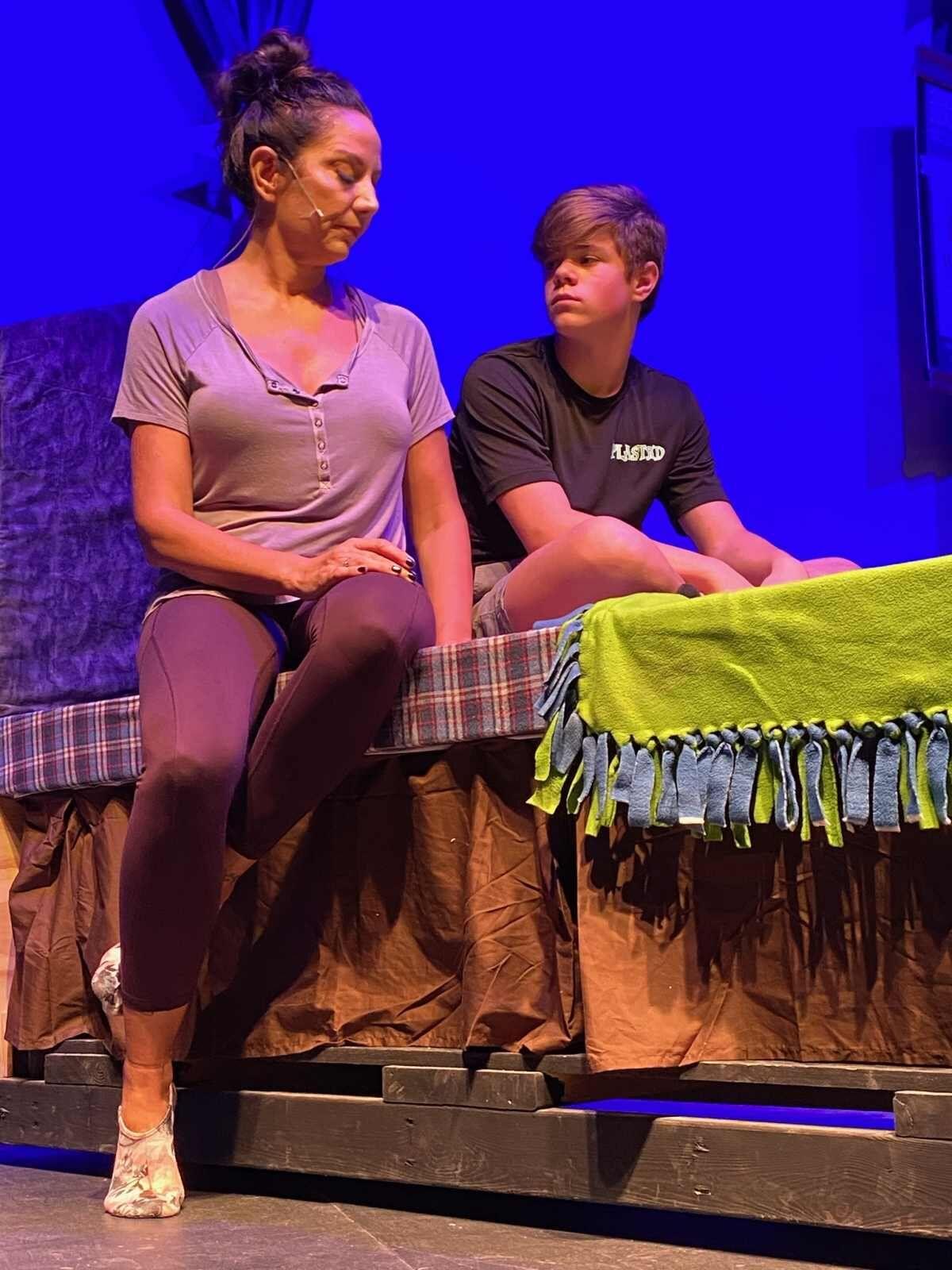 “So Big, So Small” performed by Jen Westergom and Brady Spencer. 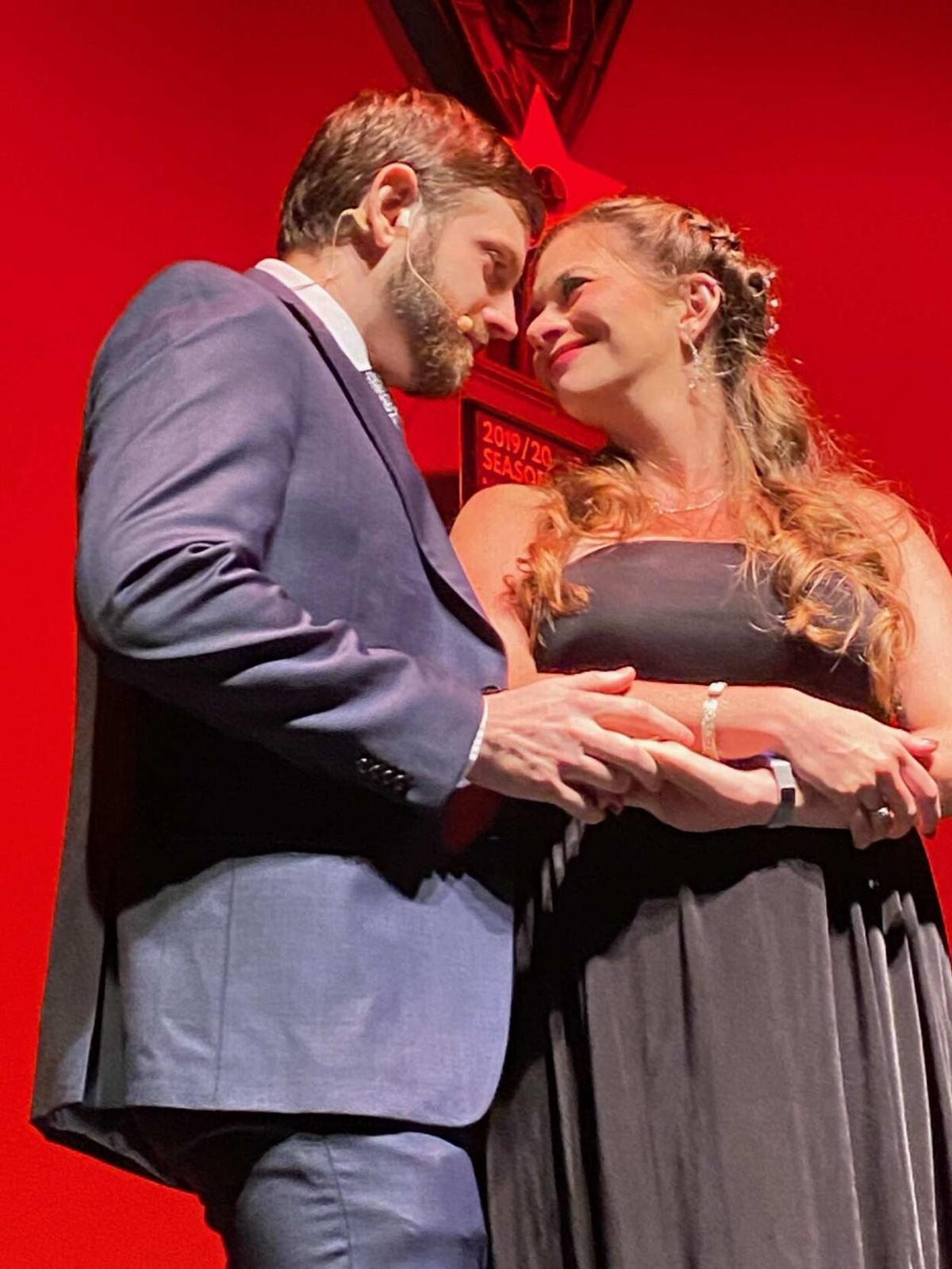 “You are my Home” performed by Andrew and Margaret Macbeth. 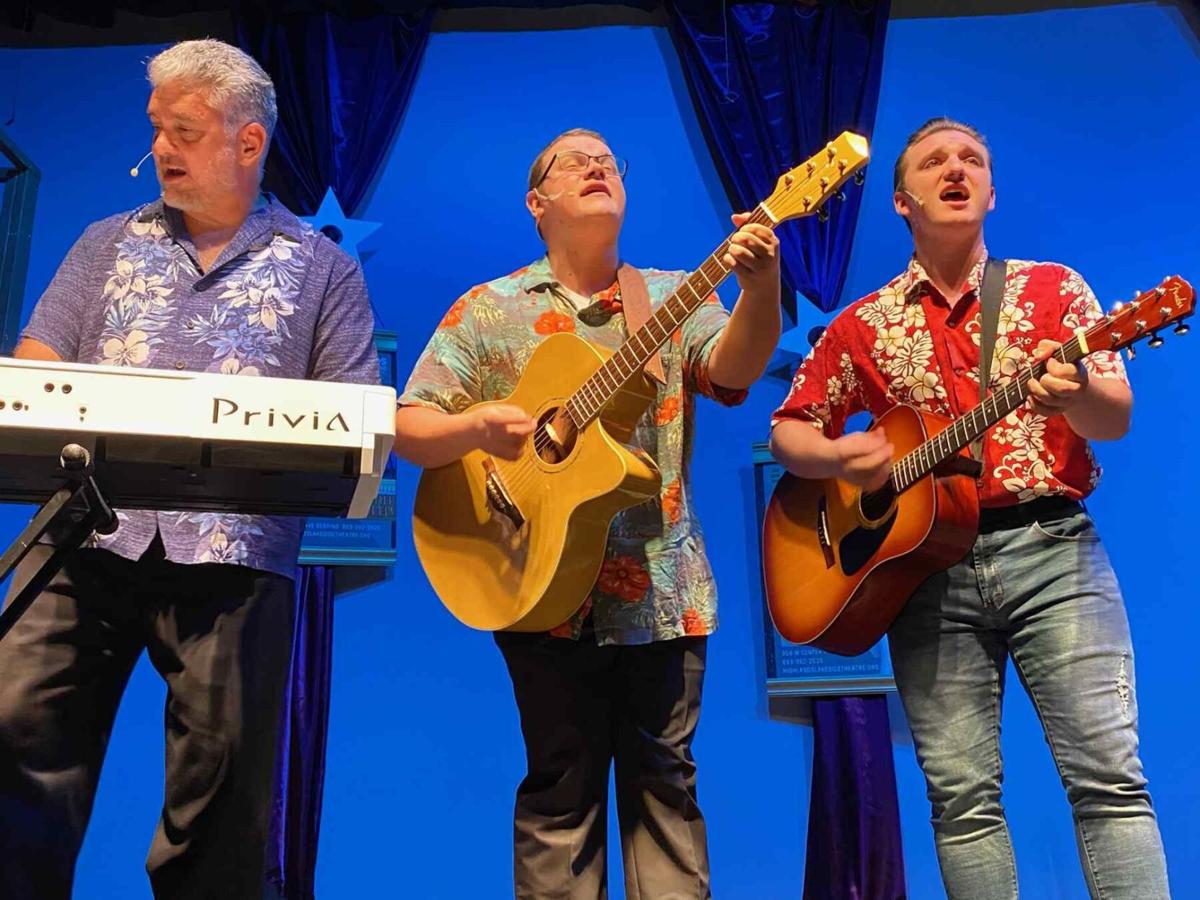 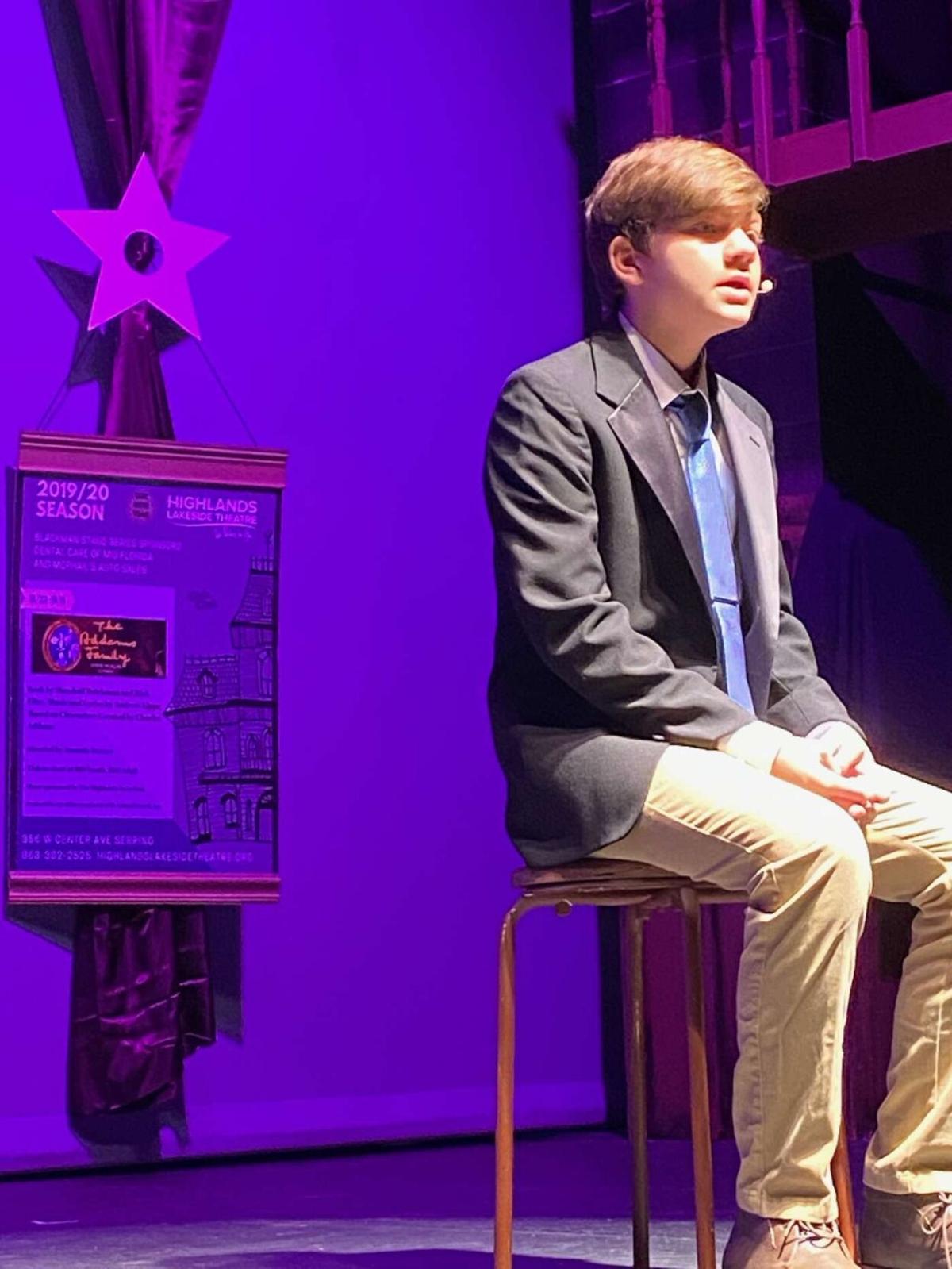 TJ Mercer performing “Where is Love?” 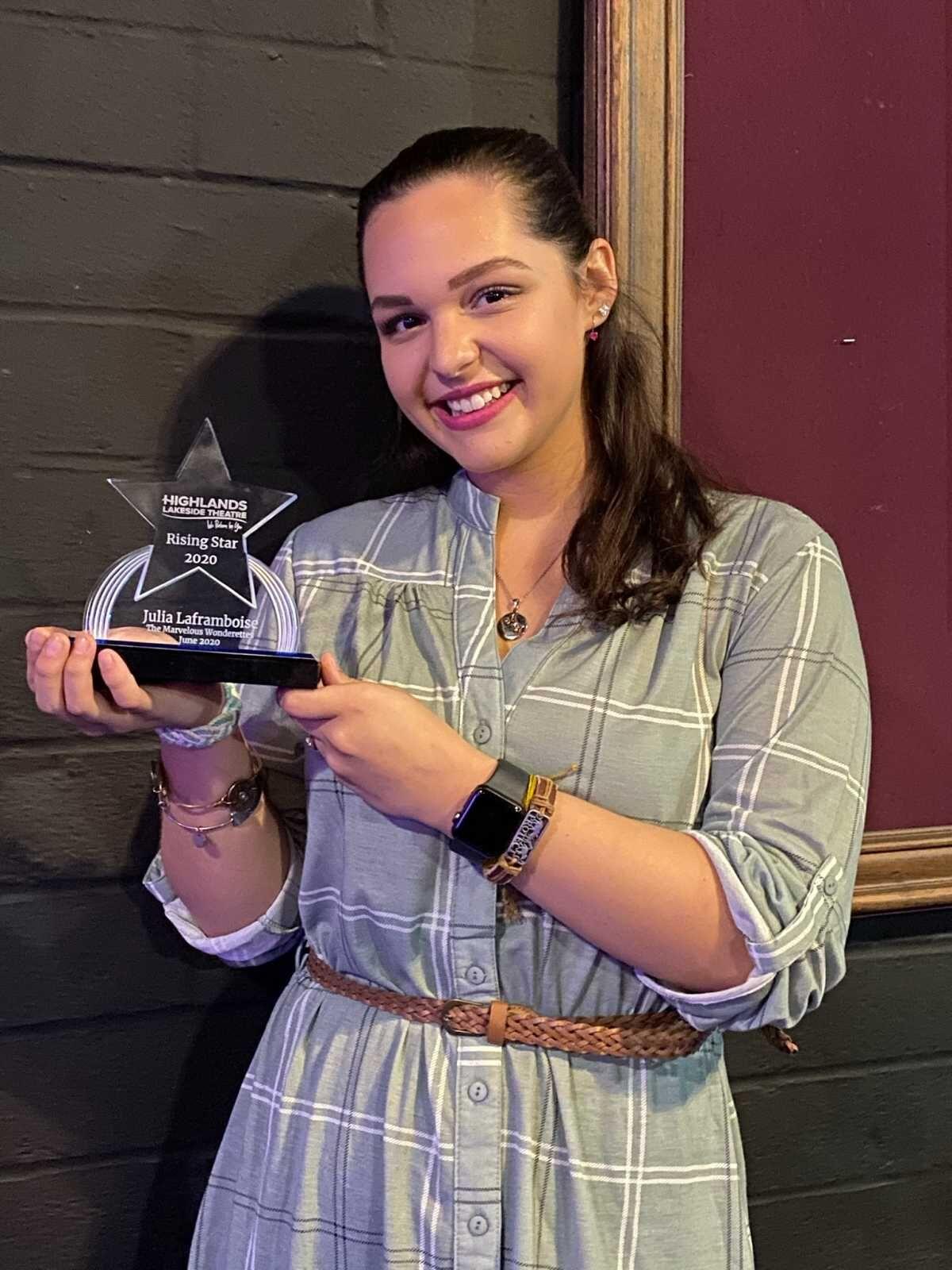 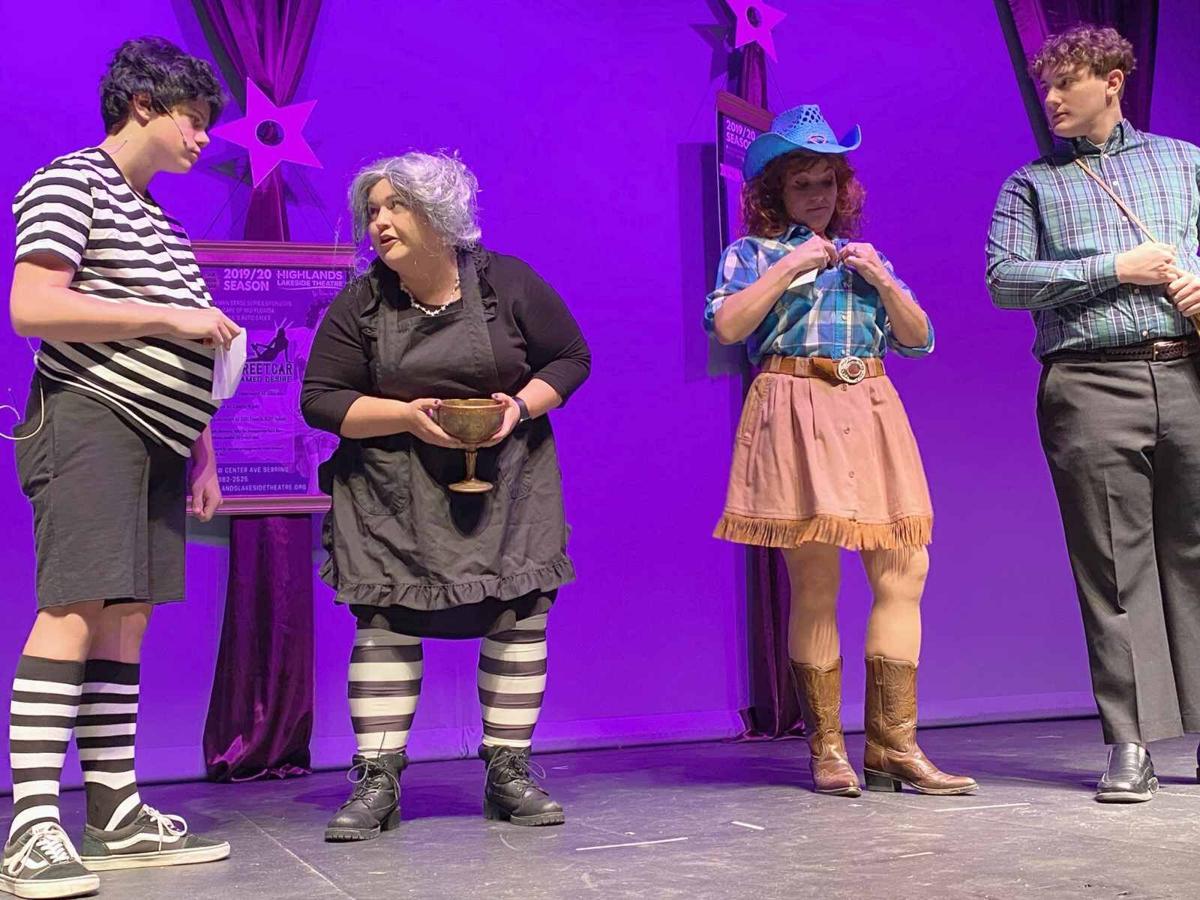 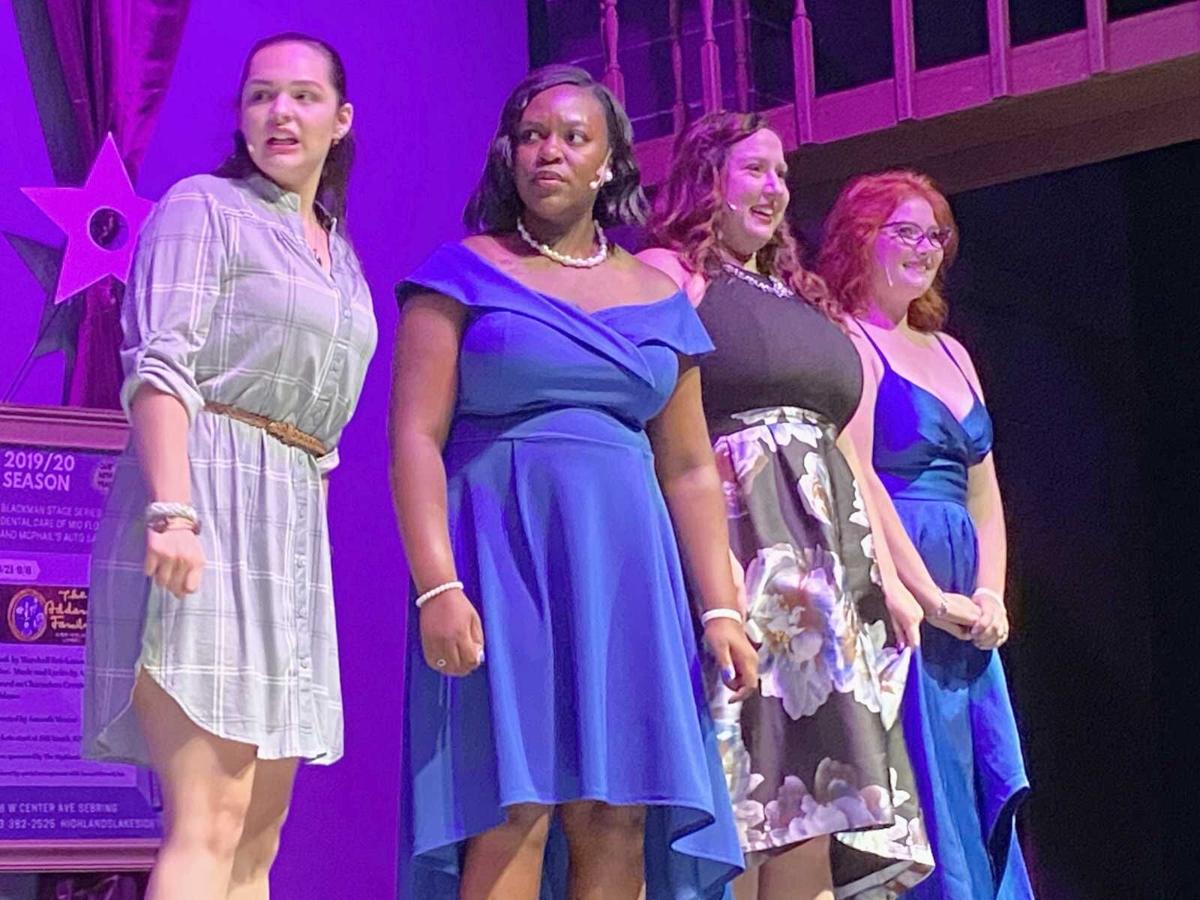 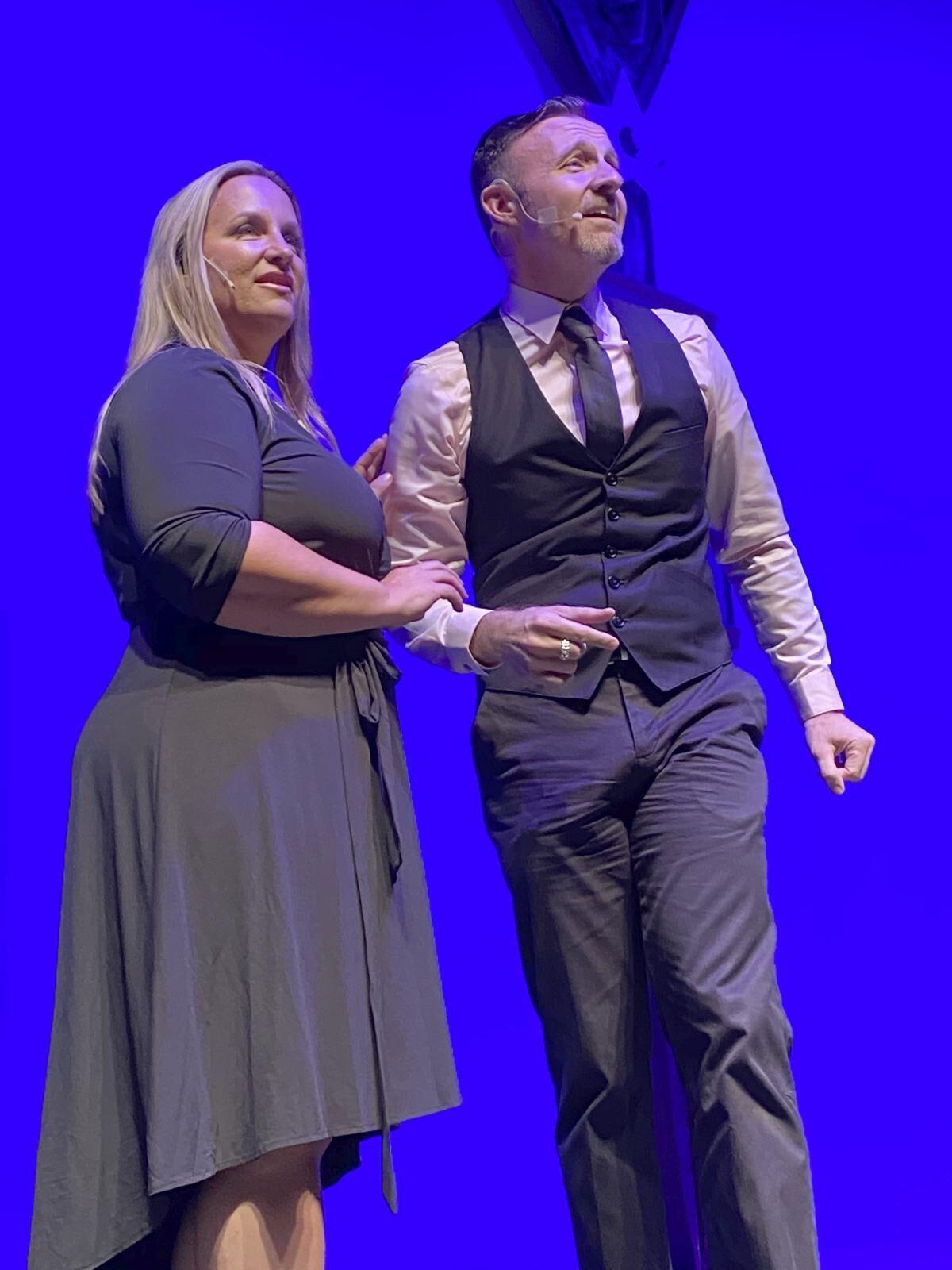 “What You Mean to Me” performed by Dawn Smith and Marcus Conerly. 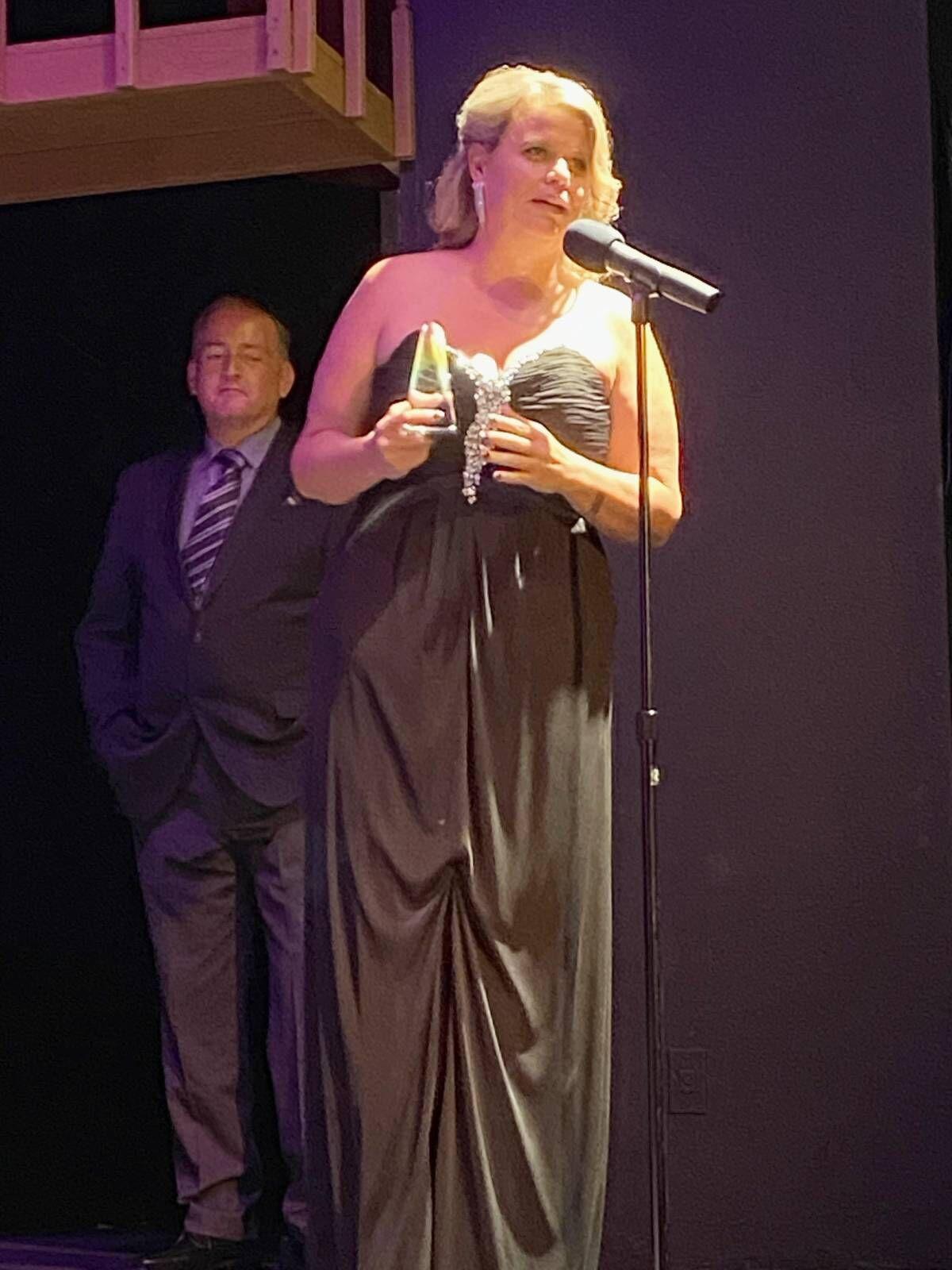 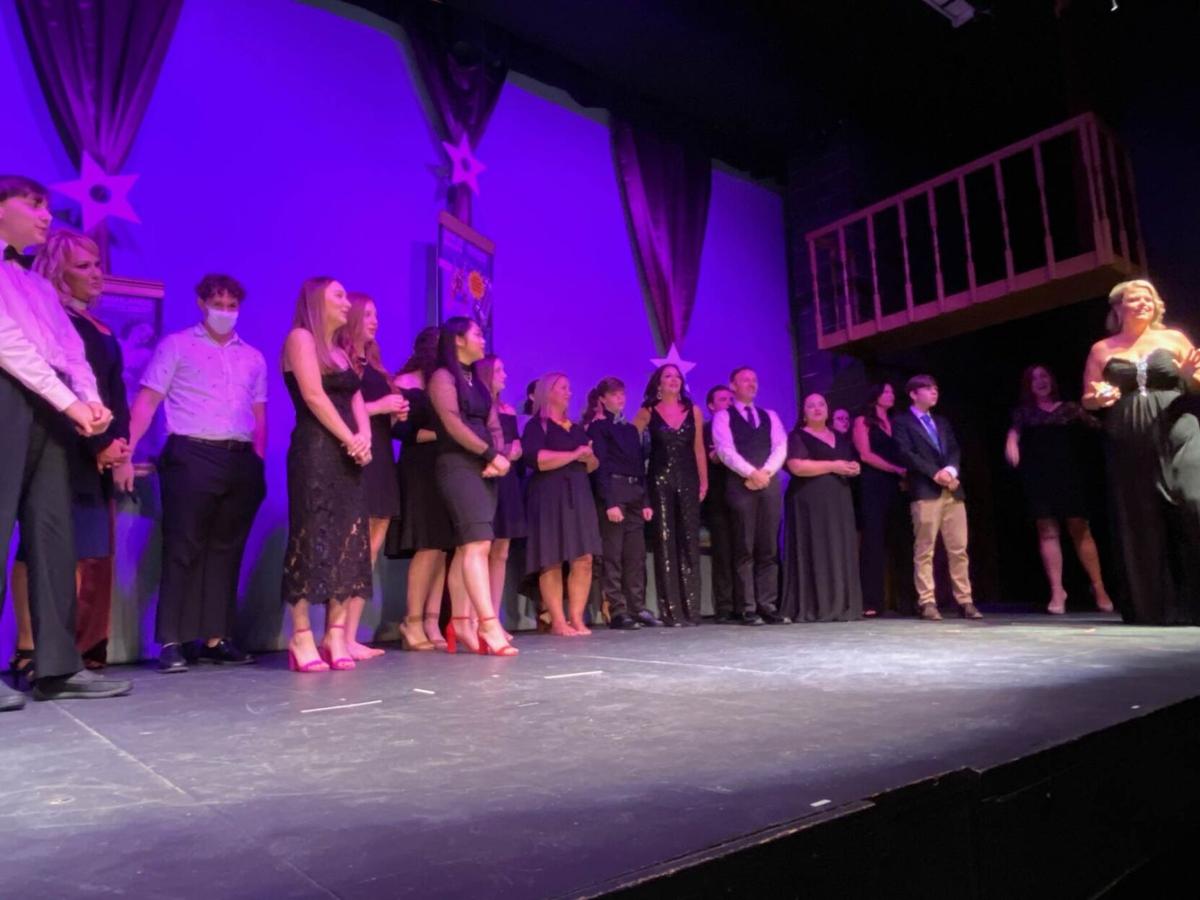 Gary Johnson and Tony Toler served as emcees of the Zenon Awards.

Performing “Welcome to the Rock.”

“So Big, So Small” performed by Jen Westergom and Brady Spencer.

“You are my Home” performed by Andrew and Margaret Macbeth.

TJ Mercer performing “Where is Love?”

“What You Mean to Me” performed by Dawn Smith and Marcus Conerly.

Despite COVID-19 and other distractions in 2020, Highlands Lakeside Theatre (HLT) held their prestigious 35th annual Zenon Awards, called ‘Night of Stars’ on Oct. 10th. This was an elegant event and the actors, support crew, volunteers and guests were decked out in sparkles and sequins, making this an exciting event to attend.

The Zenon Awards are HLT’s version of the Tony Awards. Subscribers vote on many of the award categories. The Board of Directors select service and significant achievement awards. This year included the additional Thakkar Awards Volunteer Awards for non-artistic related service to HLT.

The Awards are sponsored by the Zenon and Marilyn Hansen Foundation and the Thakkar Foundation.

This was an evening to remember with some outstanding entertainment along with the awards. The opening act, “Welcome to the Rock,” was a lively ensemble performance. The second half opened with “Full Disclosure,” a theme that was introduced in “The Addams Family”, where those who drank from the ‘cup’, said exactly what they were thinking.

Musical performances were both emotional and exciting. “So Big, So Small” was performed by Jen Westergom and Brady Spencer. “You Are My Home” was performed by the very talented husband and wife team of Andrew and Margaret Macbeth.

Happy sounds of “Margaritaville” filled the theater, courtesy of Gary Johnson (keyboard) with Aslan Smith and Tony Toler (both on guitar). Young actor, TJ Mercer (who will play Oliver in the next play), sang “Where is Love?”

Amanda Mercer sang “If You Knew My Story.” A spirited group of young women sang “I’d Rather Be Me,” to the delight of the guests. “What You Mean to Me” was sung by Marcus Conerly and Dawn Smith.

And now, for the winners:

Each director also awarded a “Director’s Choice” and a “Rising Star” Award to those they felt were deserving of extra recognition for their contributions.

The Summer Theater Institute won Outstanding Special Event with their production of “Quarantine, the Musical.” Accepting the Award were Christi Hagan, Tracy Schuknecht and Laura Wade. “We had 65 kids for four weeks and kept thinking, sanitize, socialize and hydrate! We’re so thankful we were able to do this and no one got sick.”

“I was so honored to play the lead in two roles this season (The Addams Family and Dirty Rotten Scoundrels). It was quite the year for us all,” said Marcus Conerly. This was his first Zenon win.

Michael Wilkinson was the Youth Volunteer of the Year winner. “I don’t know how to give an acceptance speech, so I’ll say ‘thank you’ and I’ll just go back stage where I’m comfortable.”

“2020 has not been kind to so many people,” said Jen Westergom, multiple Zenon Award winner. “We are just so happy that we could bring live theater to our rural community this year.”

Oliver will be playing at HLT Oct. 23–Nov. 8. Please visit their website for ticket information, highlandslakesidetheatre.org.