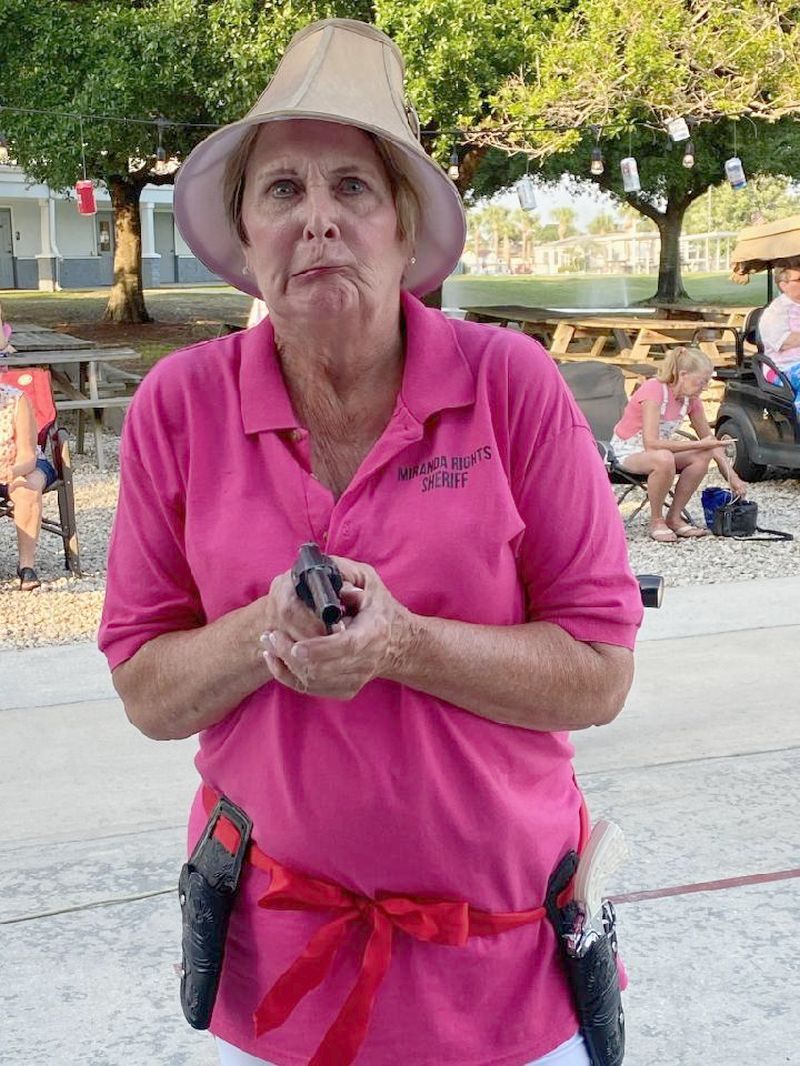 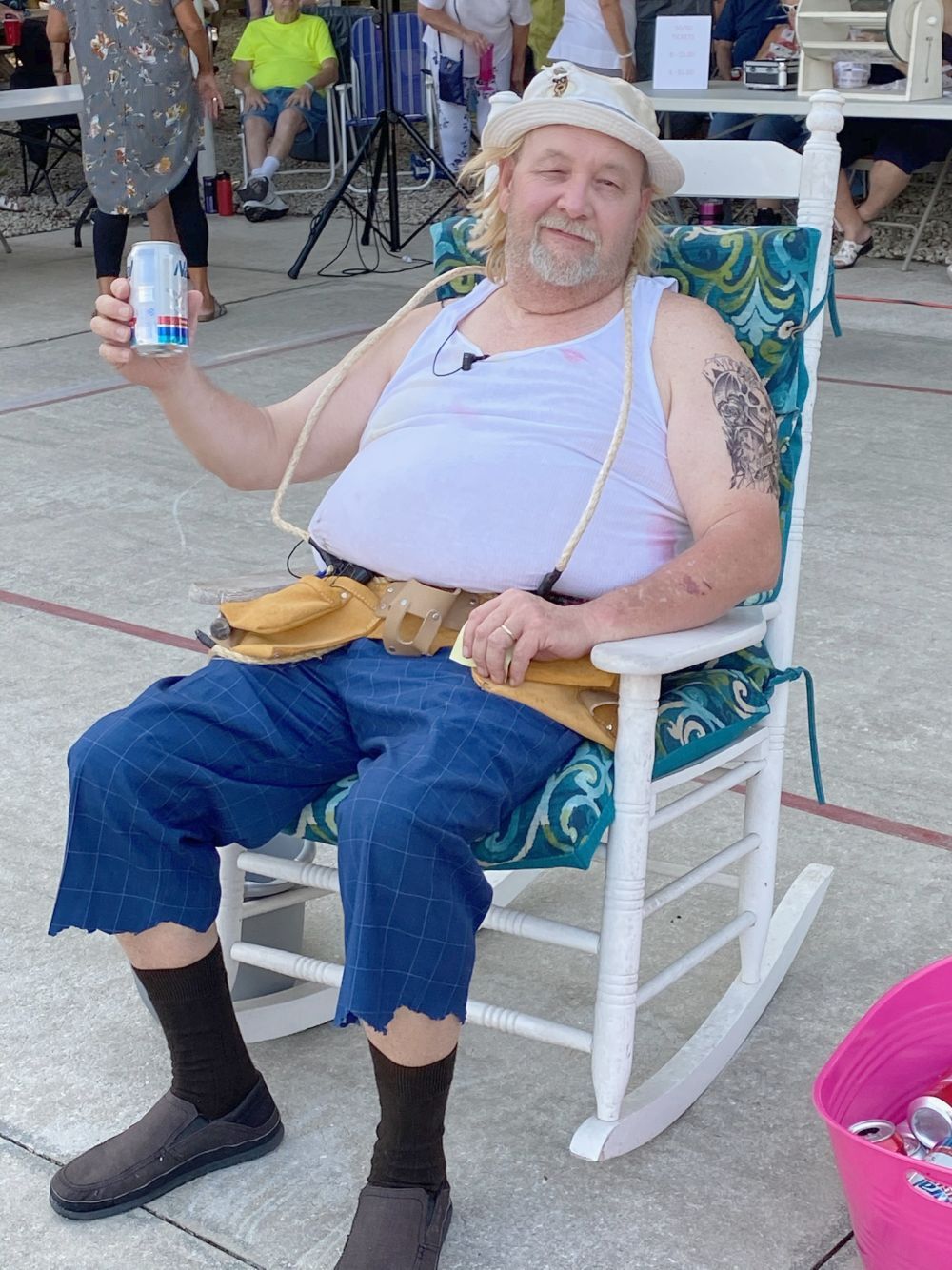 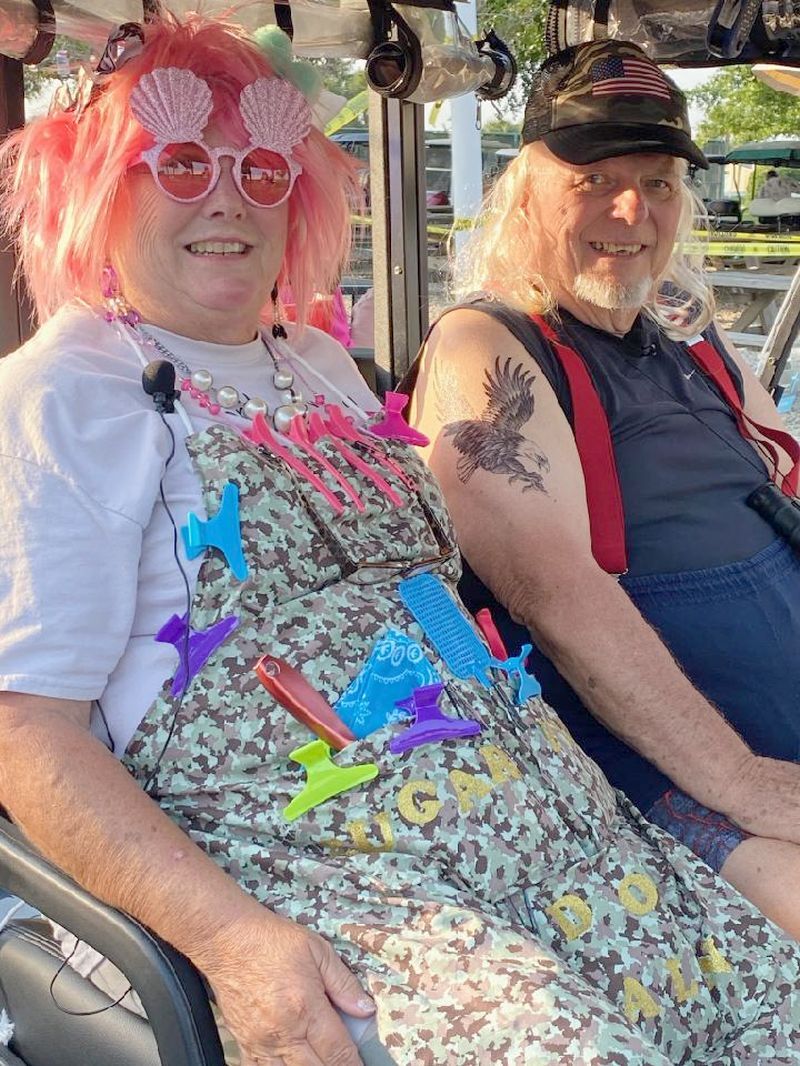 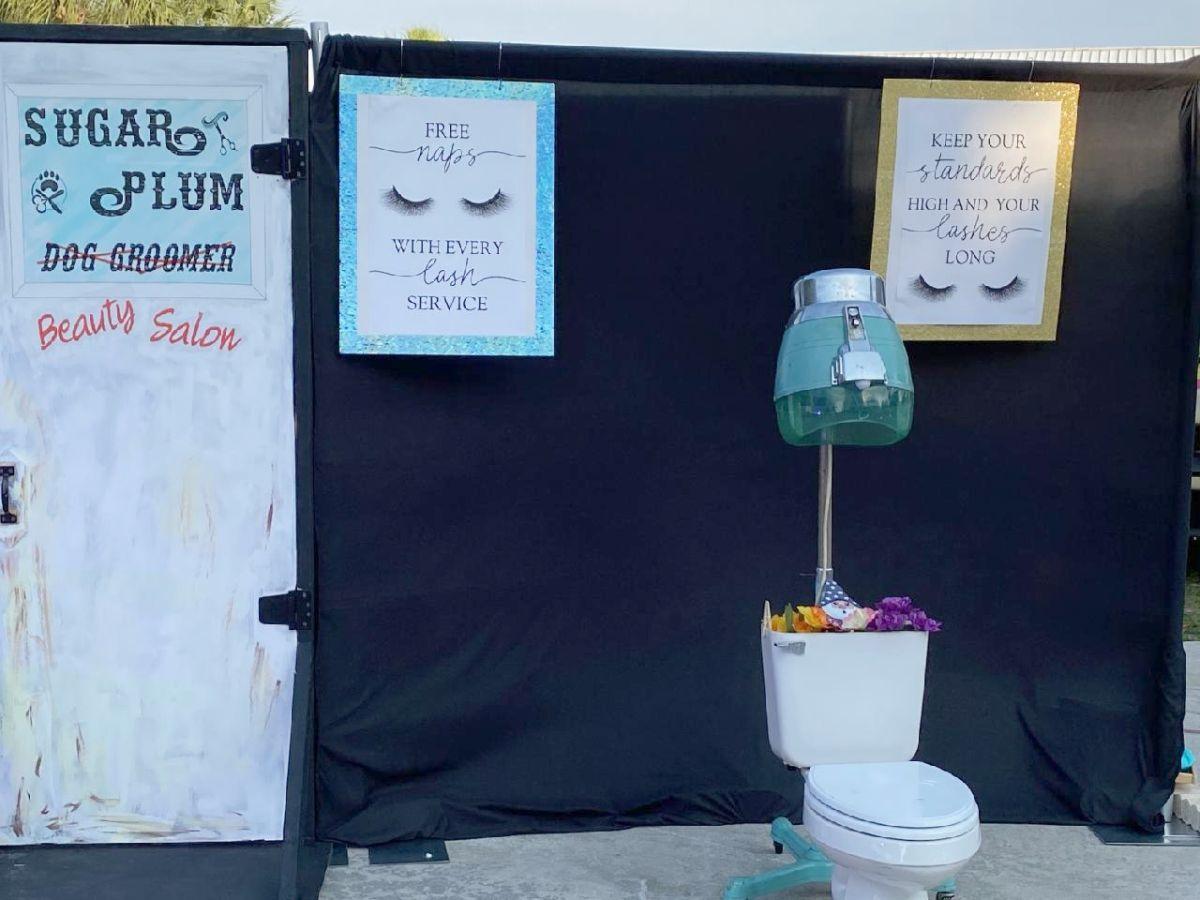 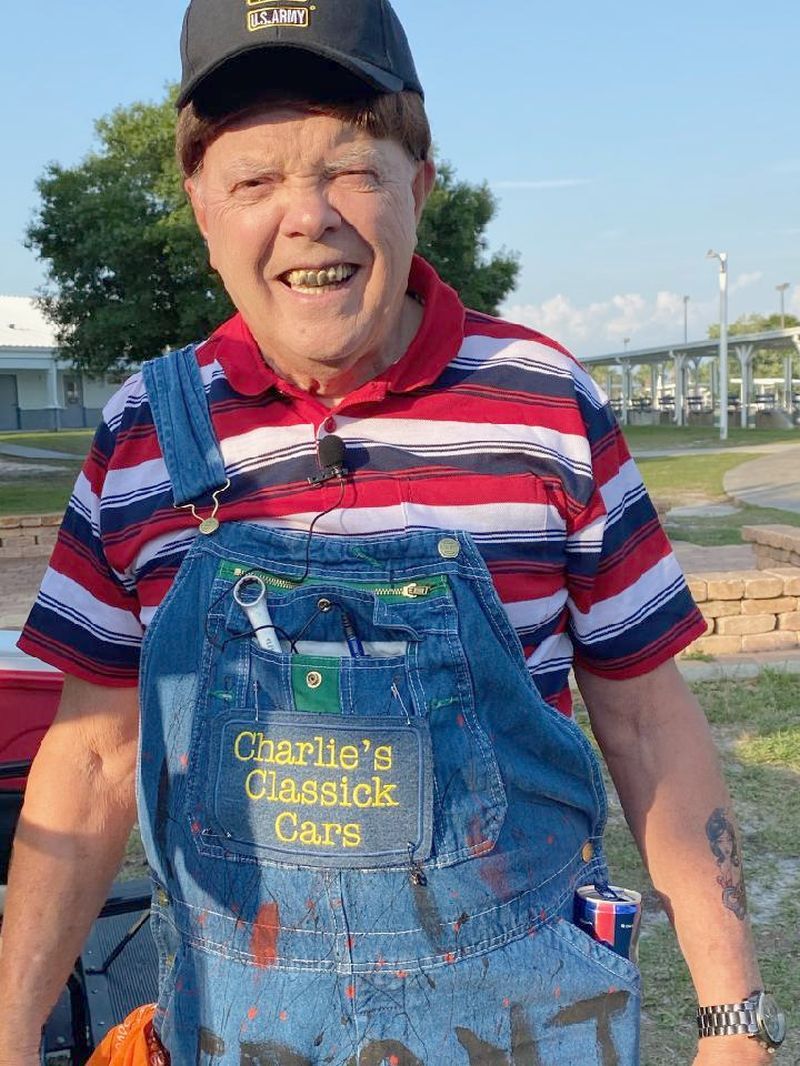 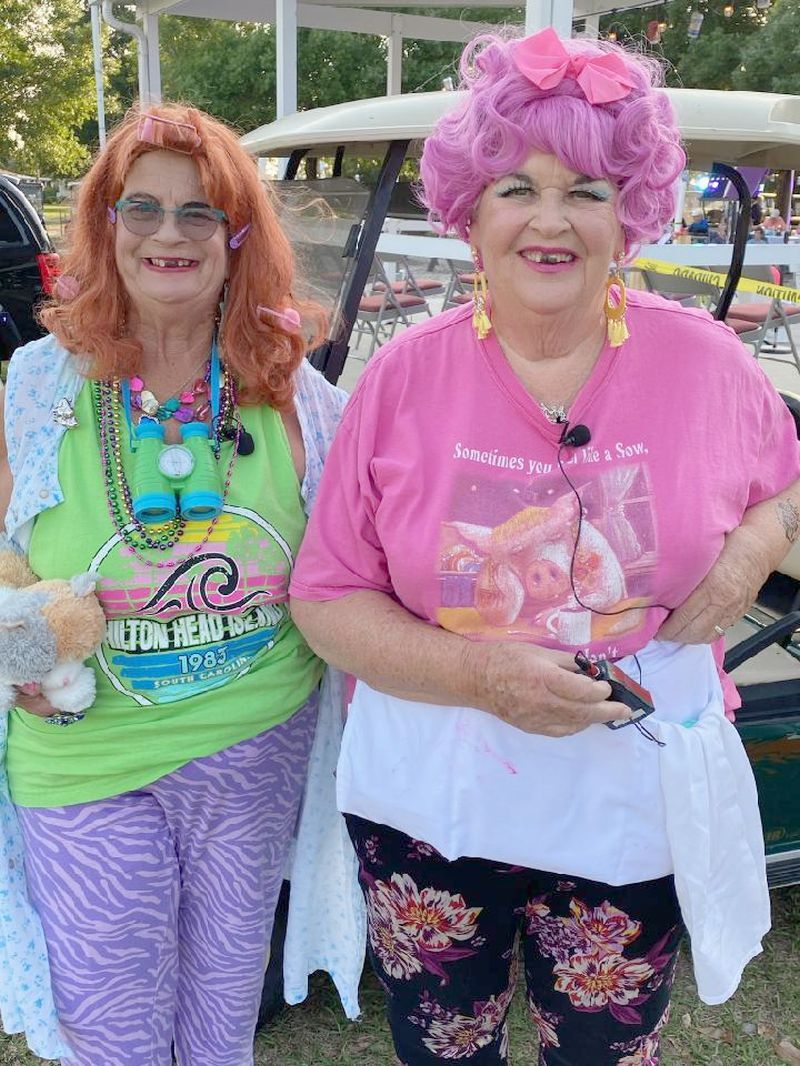 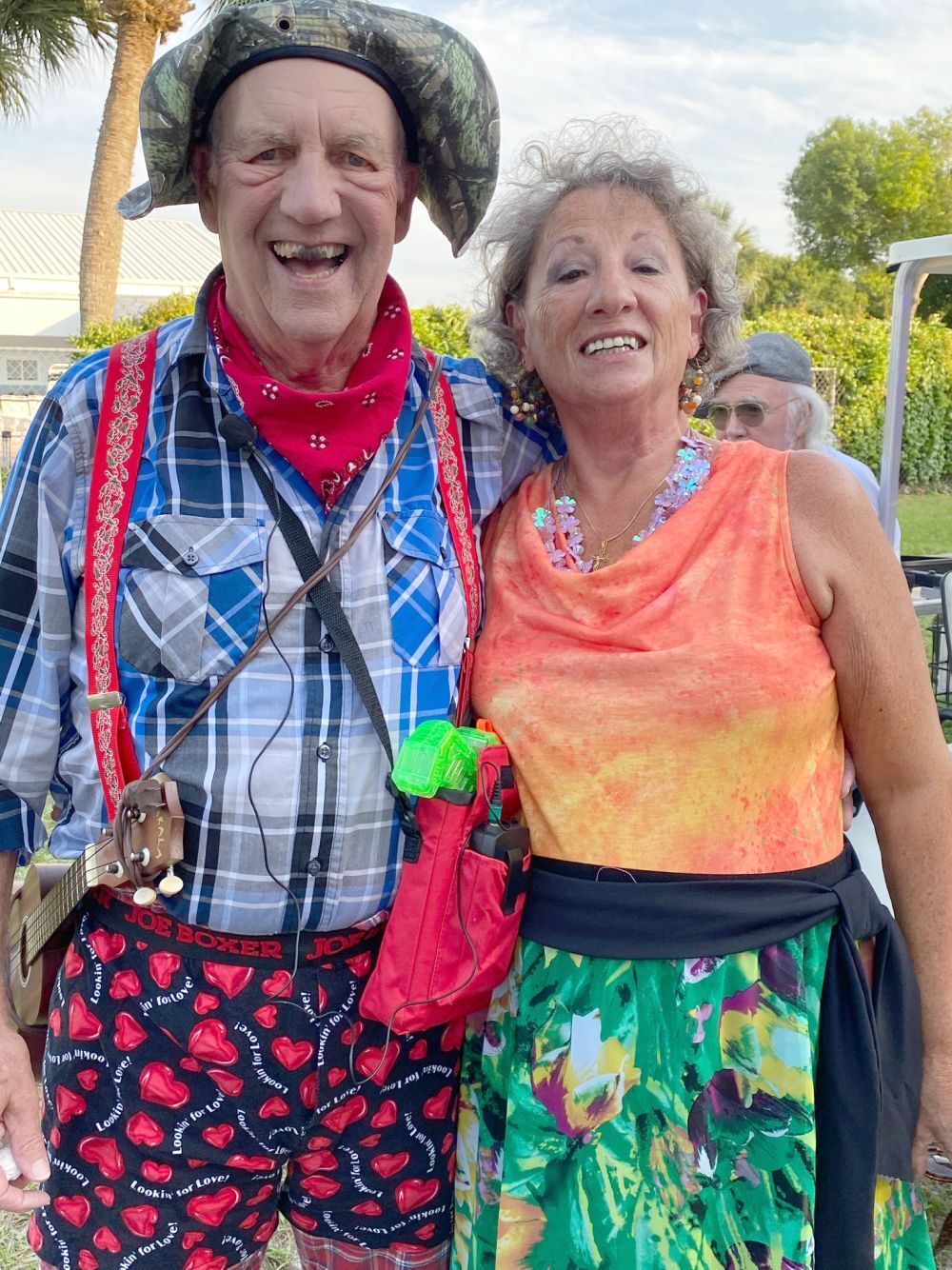 Darwin Liverance as Hunter String with Gail Mattulina, the narrator. 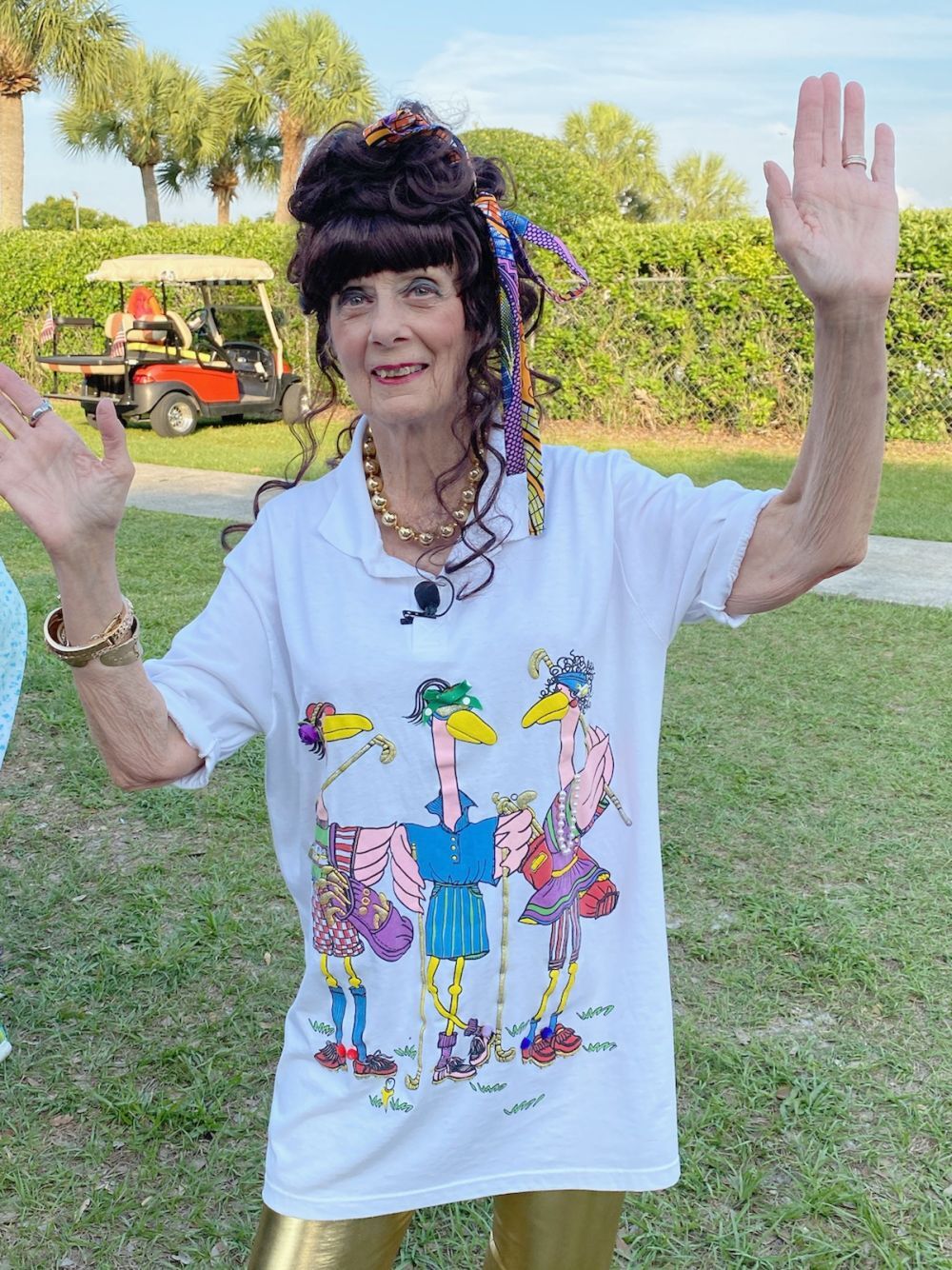 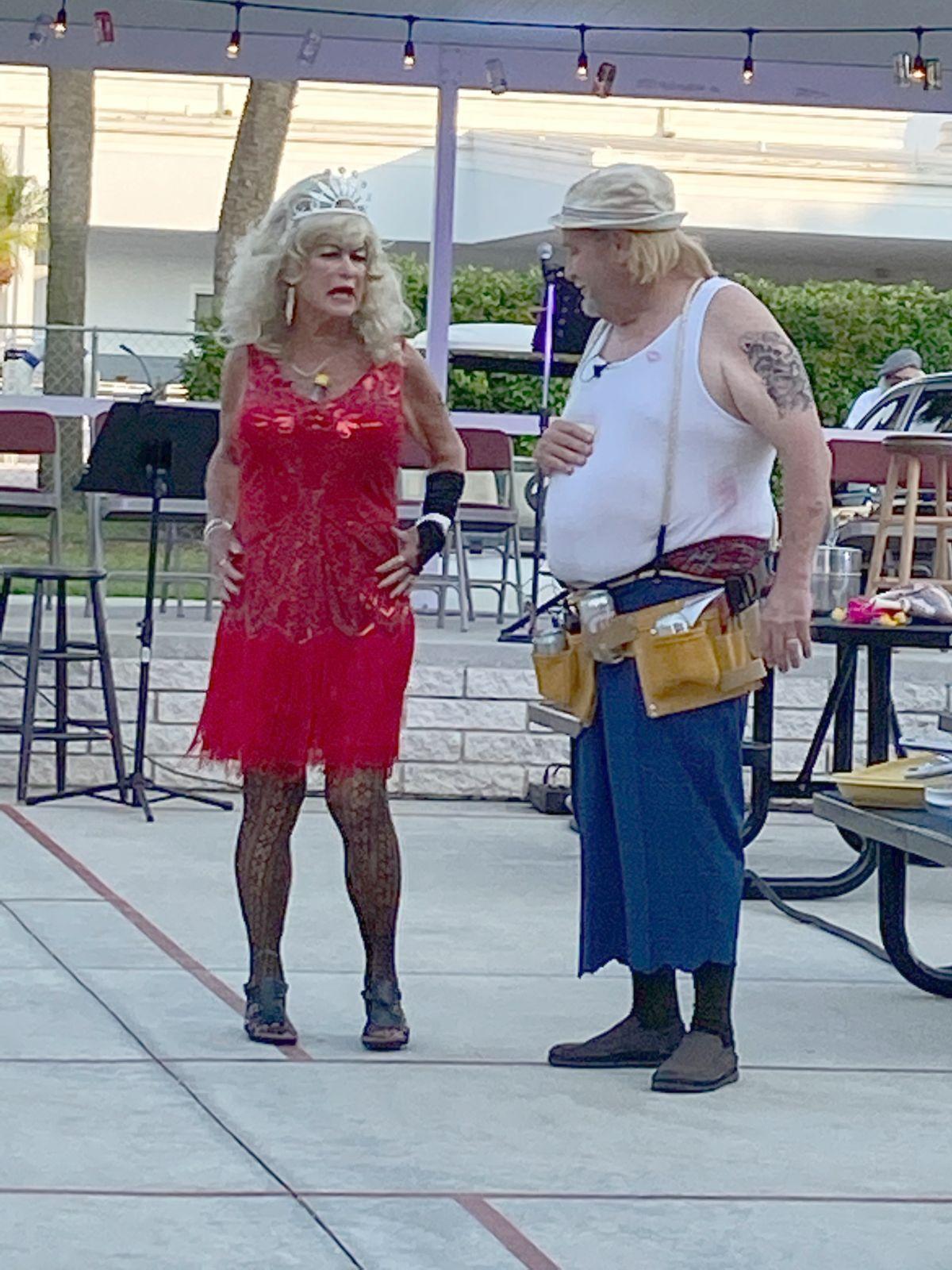 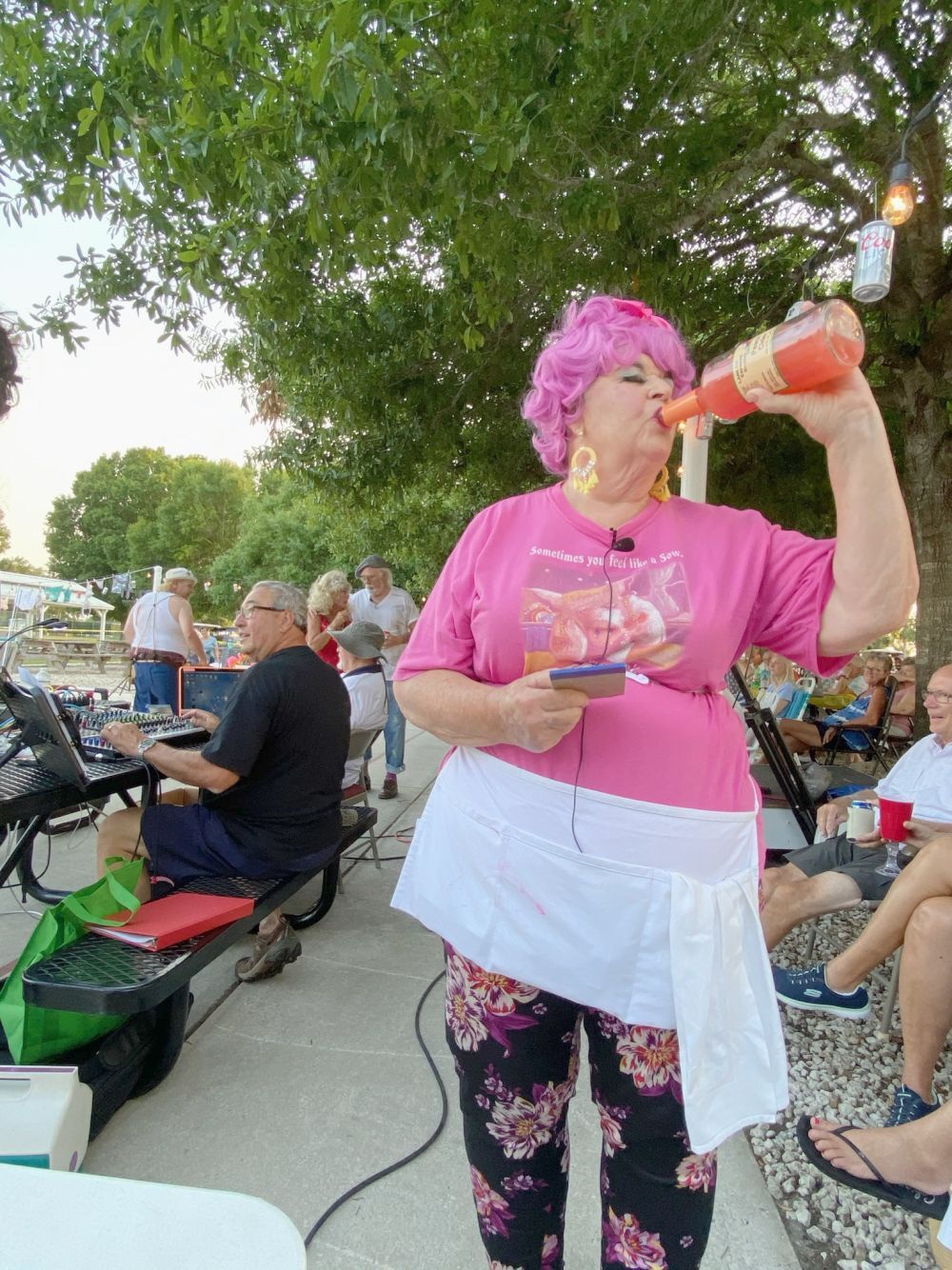 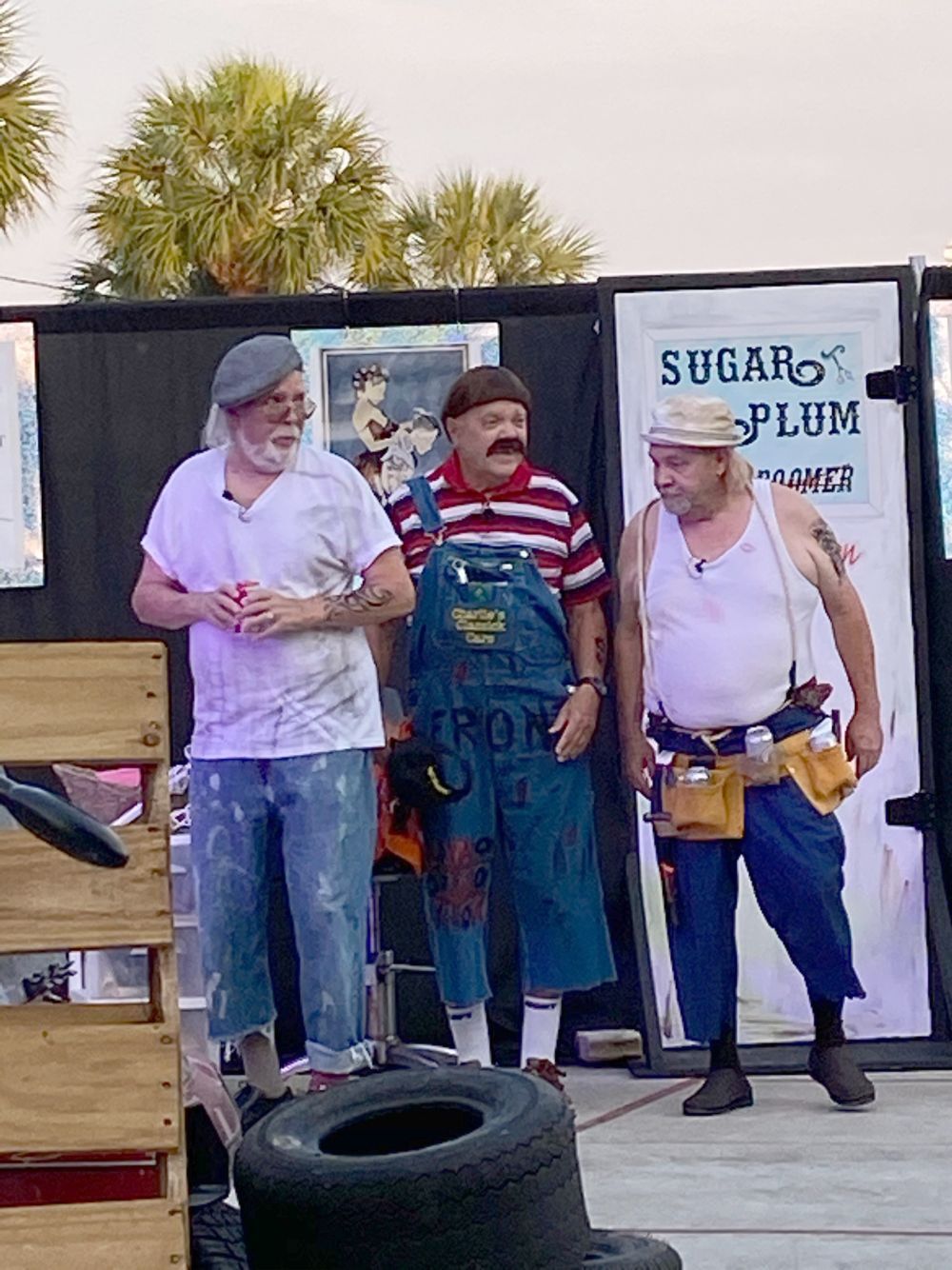 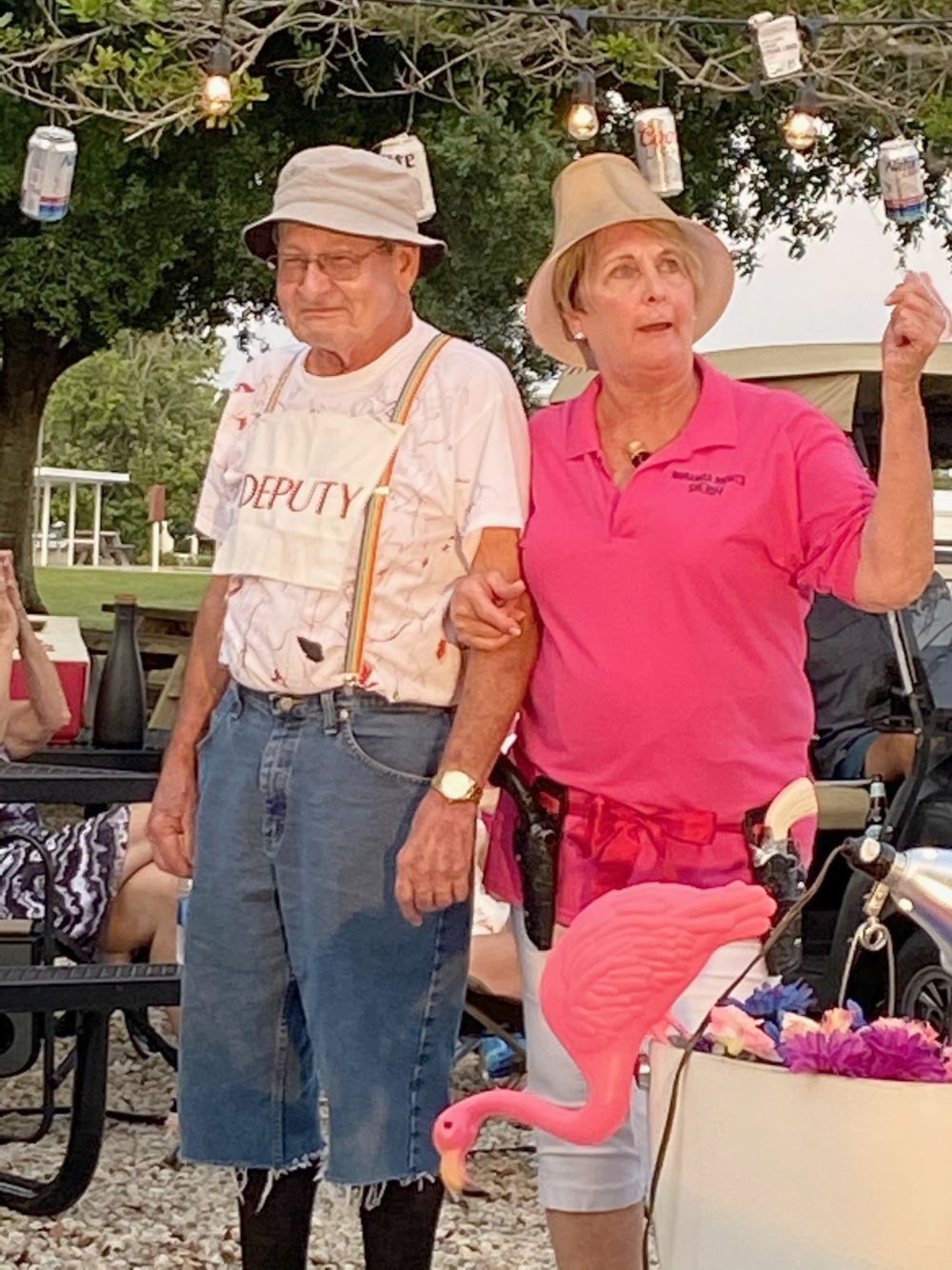 Terry Keelan as The Deputy with Donna Scorse as Sheriff Miranda Rights.

Darwin Liverance as Hunter String with Gail Mattulina, the narrator.

Terry Keelan as The Deputy with Donna Scorse as Sheriff Miranda Rights.

SEBRING — The residents of the Shady Hollow Trailer Park, who are are ill-tempered, mostly illiterate and frequently intoxicated, have a murder on their hands.

Enter Sheriff Miranda Rights, who is a frequent visitor to the park, trying to keep the residents in line. This is her first trip there with a murder to solve; who could have killed Harley Armstrong?

The performance was held on Saturday evening, April 24, at Tanglewood, produced by Broadway Lights. It was written and directed by Donna Scorse, who plays Miranda Rights.

The excited residents were getting ready for their annual bar-b-que. The menu included weenies, toot beans and ‘tator salad. The men were in charge of keeping the beer cold.

They’ve renamed their park from Shady Hollow Trailer Park to Shady Hollow Resort. “We got us a new two-seater outhouse, some fake flowers and plastic pink flamingos,” said Vernon. “We’re a ree-zort now!”

Their guests are coming from the Church of What’s Happening Now. A printing error in the church bulletin had the guests arriving two hours earlier than expected. Chaos ensues.

Harley Armstrong, self-appointed security in the park, is already a suspicious character himself.

Harley has recently been caught lurking behind the trailers, hiding behind the laundry hanging out on the lines and sitting in his car (actually one of Charlie’s cars) spying on others with his binoculars.

He has had altercations with many of the residents, including his girlfriend, Miss Ann Marie, who caught him looking into the Sugar Plum Beauty Shop windows with his binoculars focused in on Miss Suzy.

On the morning of the bar-b-que Harley was found dead inside the Sugar Plum Beauty Shop, beaten to death with a hair dryer by his girlfriend, Miss Ann Marie. “He’s dead! He’s surely dead!” she screamed and cried constantly.

Who done it? Well, Harley was not well liked, so it could be anyone!

Was it Miss Ann Marie (his girlfriend), Miss Suzy (owner of the Sugar Plum), Charlie Lugnut (had to keep chasing Charlie off his property), Elvira (the cat lady, one card short of a deck), Dirt Dragster (watching Harley put the moves on his girlfriend) or was it someone else?

Sheriff Miranda Rights is not well-liked but she and her deputy Terry, line up the suspects. They are ushered up on stage to plead their innocence.

Additional clues were provided to the attendees as they try to weed out the truth as any of these shady characters could have done it.

At the end, the guilty team of Louella Deville (park owner) and her boyfriend (Vernon Handy) did the dirty deed. Louella planned the murder and Vernon carried it out. They were taken away handcuffed together.

Harley was getting way too close to discovering all about the insurance money that Louella received for the mysterious disappearance of her three husbands. It looks like ‘what goes around comes around’ at the Shady Hollow Resort.