You are the owner of this article.
Edit Article Add New Article
Login
I want to
Publications
News
News Archives
Classifieds
E-Paper
Contact Us
Share This
1 of 4 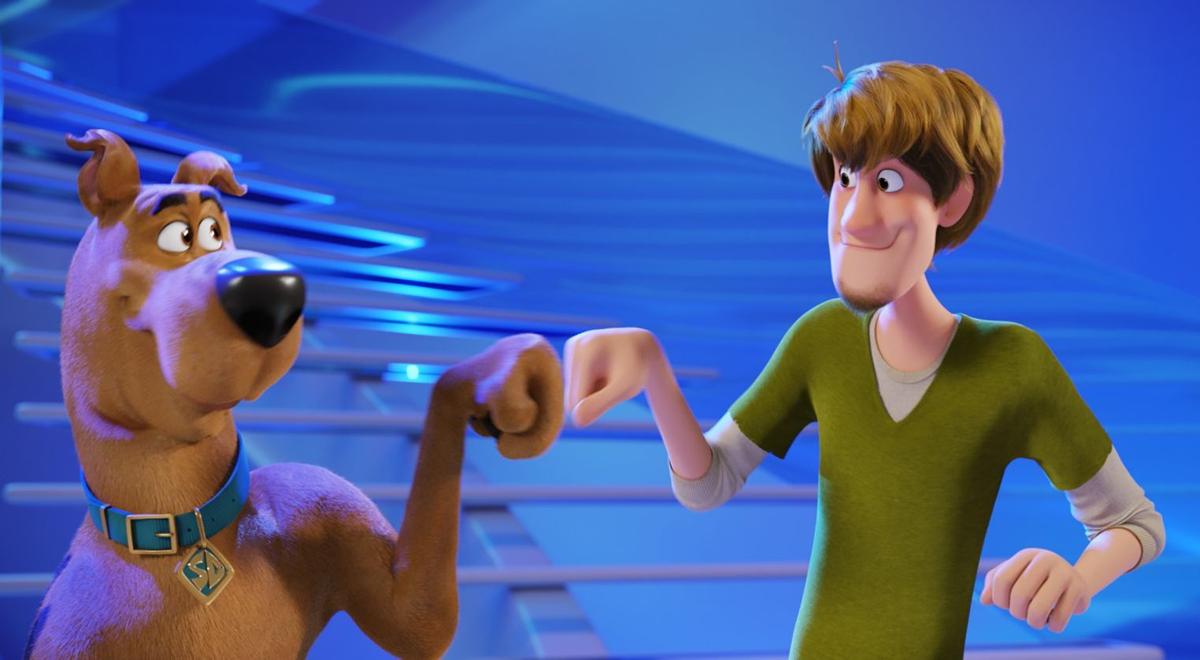 This image released by Warner Bros. Pictures shows animated characters, Scooby-Doo, voiced by Frank Welker, left, and Shaggy Rogers, voiced by Will Forte, in a scene from “Scoob!”

This image released by Warner Bros. Pictures shows animated characters, Scooby-Doo, right, and a young Shaggy Rogers, voiced by Iain Armitage, in a scene from “Scoob!” 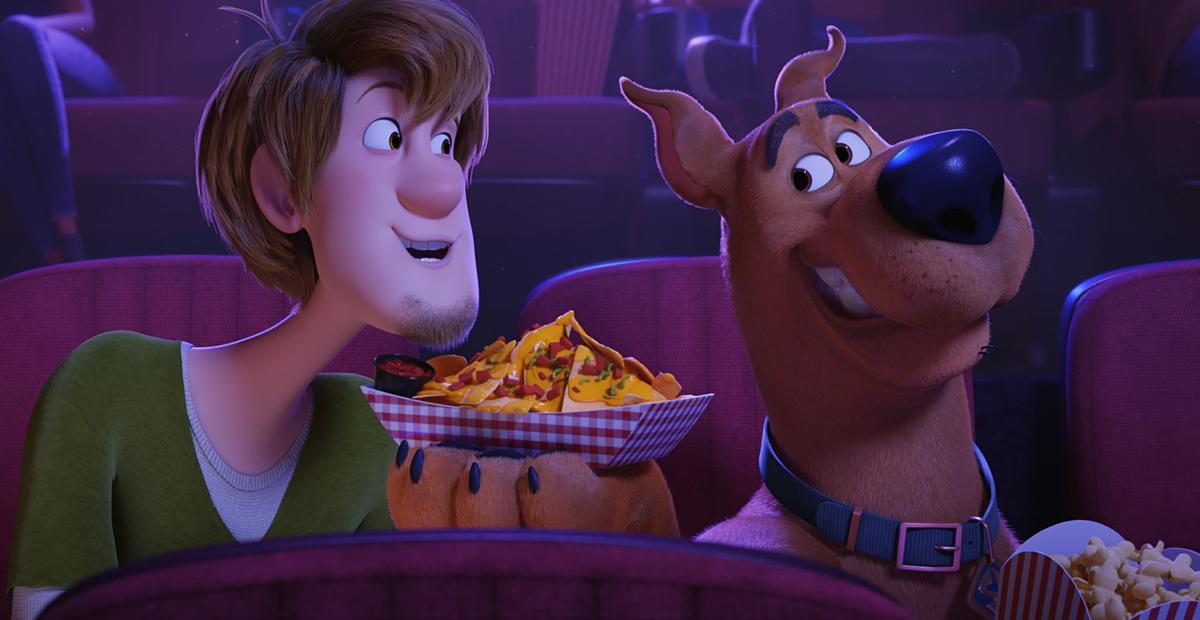 This image released by Warner Bros. Pictures shows animated characters, Scooby-Doo and Shaggy Rogers having snacks at the theater.

This image released by Warner Bros. Pictures shows animated characters, Scooby-Doo, voiced by Frank Welker, left, and Shaggy Rogers, voiced by Will Forte, in a scene from “Scoob!”

This image released by Warner Bros. Pictures shows animated characters, Scooby-Doo, right, and a young Shaggy Rogers, voiced by Iain Armitage, in a scene from “Scoob!”

This image released by Warner Bros. Pictures shows animated characters, Scooby-Doo and Shaggy Rogers having snacks at the theater.

Even before darker anxieties took hold, the bad guys of “Scooby-Doo” were charmingly quaint. An evil circus owner, a grumpy civil servant, a plotting first mate — these were the villains of “Scooby-Doo,” all of them revealed with an unmasking flourish and the cursing of “you meddling kids.”

But for anyone looking for the nostalgic and corny delights of the old 1970s cartoon in the new animated reboot “Scoob!” — well, and I’m sorry to resort to this, ruh roh. “Scoob!” is the kind of movie less predicated on original formulas than the contemporary dictates of corporate franchise-making. Scooby-Doo has been amplified and digitized. Superheroes and current pop culture references have been ushered in, most of them from other properties of the same studio (including even “Shallow” from “A Star Is Born”). Even a “cinematic universe” has been born. It’s enough to make a critic sigh “zoinks.”

“Scoob!” had been headed for theaters this spring but on Friday it was released for rental on digital platforms and on-demand. Following Universal’s “Trolls World Tour,” it’s the second major studio movie diverted into the home by the pandemic — this time via Warner Bros.

The smaller screen may be the more natural home of Scooby-Doo even though “Scoob!” aspires to be so much like other big-screen franchises. This latest film, following a pair of live-action movies in the aughts, has replaced the usual small-time mysteries of “Scooby-Doo” with the familiar world-jeopardizing dangers of comic-book movies. Even Scooby gets outfitted in spandex.

It’s a less discussed and tiresome effect of Marvel movies that so many kids films have adopted their rhythms and plot lines. The superhero takeover extends into so many realms of pop culture that wanly surrender, joining in lock step. Incorporating characters like Blue Falcon, Dick Dastardly, Captain Caveman and Dynomutt, “Scoob!” has also tried to grow an interconnected Hanna-Barbera universe, a gambit that only adds to the feeling of force-fed corporate synergy.

Director Tony Cervone, a longtime Hanna-Barbera and Warner Bros. Animation veteran, opens “Scoob!” with an origin story, flashing back to when Scooby (voiced again by Frank Welker) met Shaggy (Will Forte, taking over for Casey Kasem).

Hundreds of cases later, the movie catches up with Mystery Inc. gang, including Fred (Zac Efron), Daphne (Amanda Seyfried) and Velma (Gina Rodriguez). Setting things in motion is, of all people, Simon Cowell (voicing himself and appearing in weirdly accurate animated form), who professes friendship has no value. “Scoob!” will test the bond between Shaggy and Scooby.

If Greek antiquity isn’t where you’d expect a “Scooby Doo” movie to go, you’ll probably also be thrown by straining-to-be-hip gags about the Hemsworth brothers and stealing Netflix passwords. Right down to that exclamation point in the title, “Scoob!” is trying much too hard to be just like every other movie. “Scooby Doo” was never the most unpredictable of shows but “Scoob!” has merely swapped the original’s blueprint for that of a superhero movie. You’ll be left mournfully munching a bag of Scooby Snacks while wondering, “Scooby-Dooby-Doo, where are you?”

“Scoob!” a Warner Bros. Pictures release, is rated PG by the Motion Picture Association of America for some action, language and rude/suggestive humor. Running time: 94 minutes. One and a half stars out of four.