You are the owner of this article.
Edit Article Add New Article
You have permission to edit this article.
Edit
Login
Publications
News Archives
Classifieds
Featured Sections
Subscribe
E-Paper
Public Notices
Contact Us
Share This
1 of 4 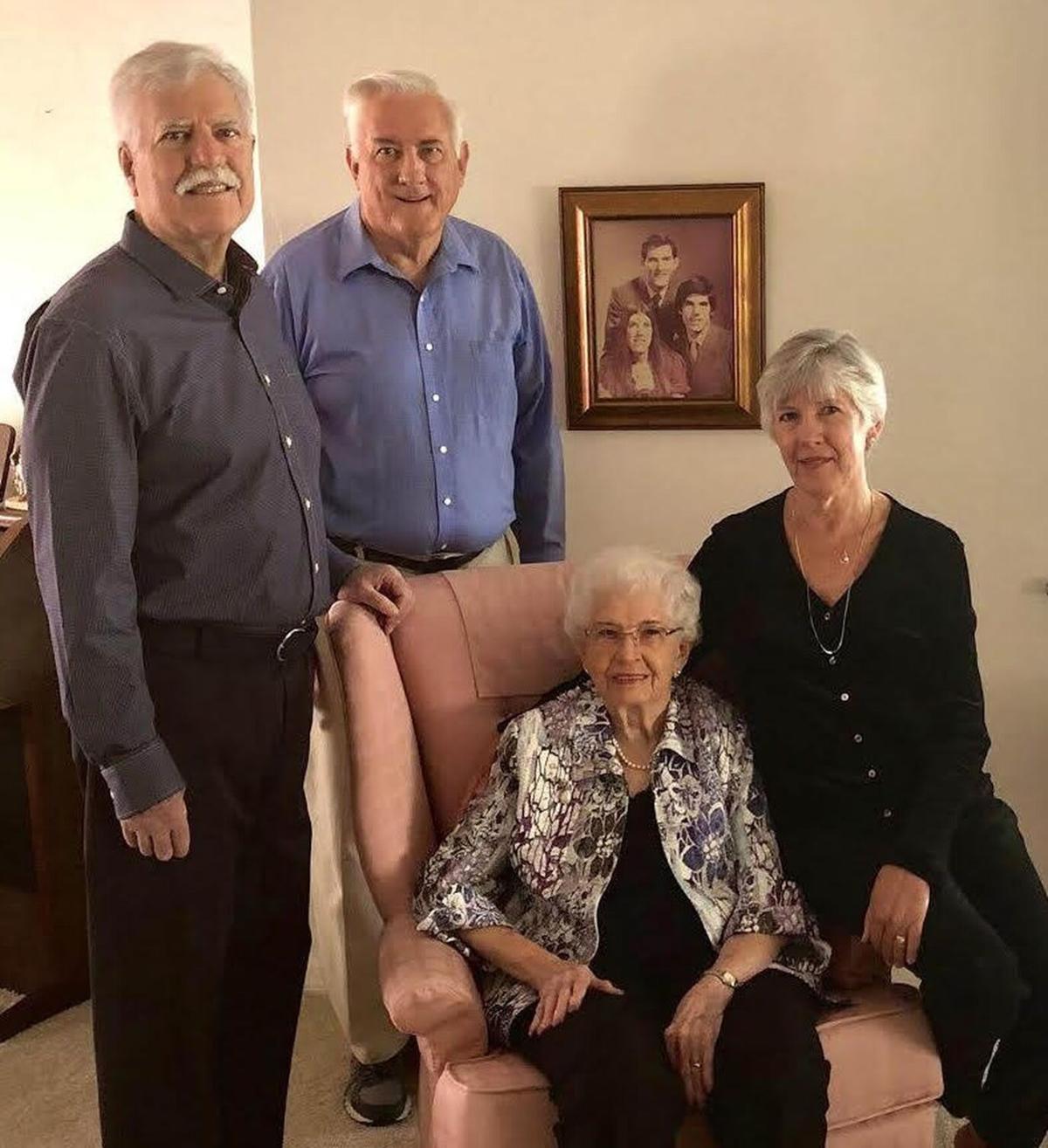 Meet Margaret Baucom (sitting) with her children, Robert, Harry and Ann-Maree Barnes. (Robert has since passed away.) Margaret has just celebrated her 100th birthday. 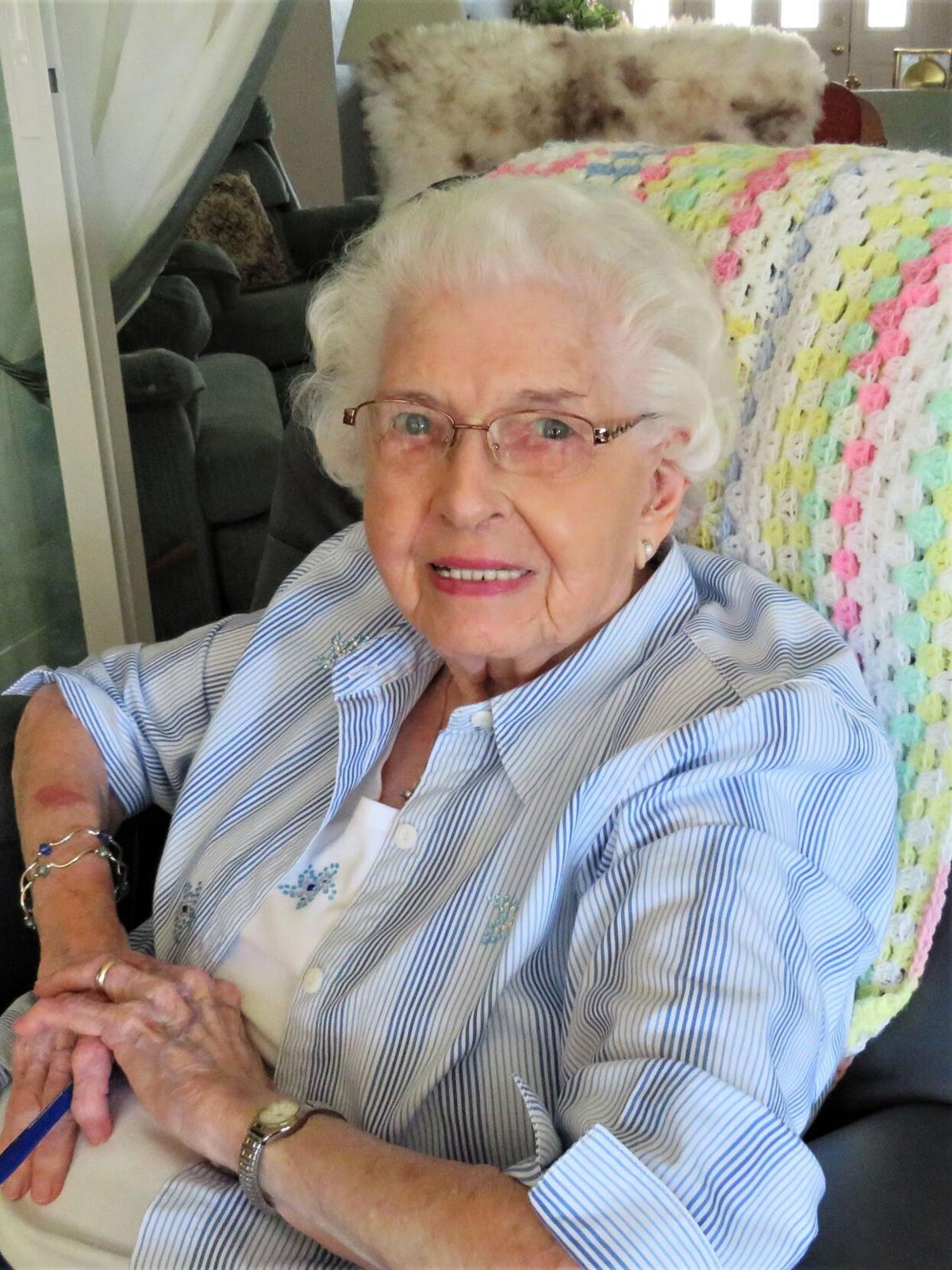 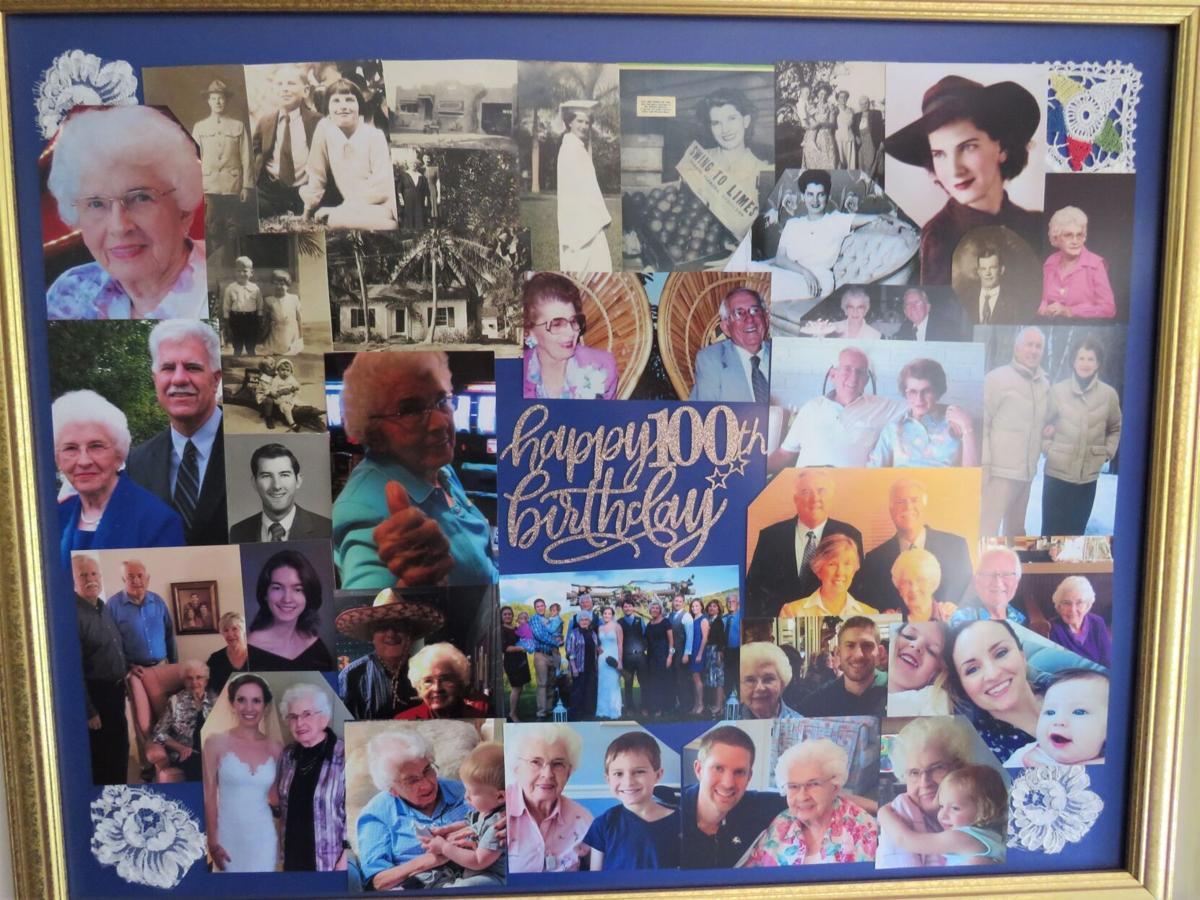 For her 100th birthday, her family created a collage of her live for her. 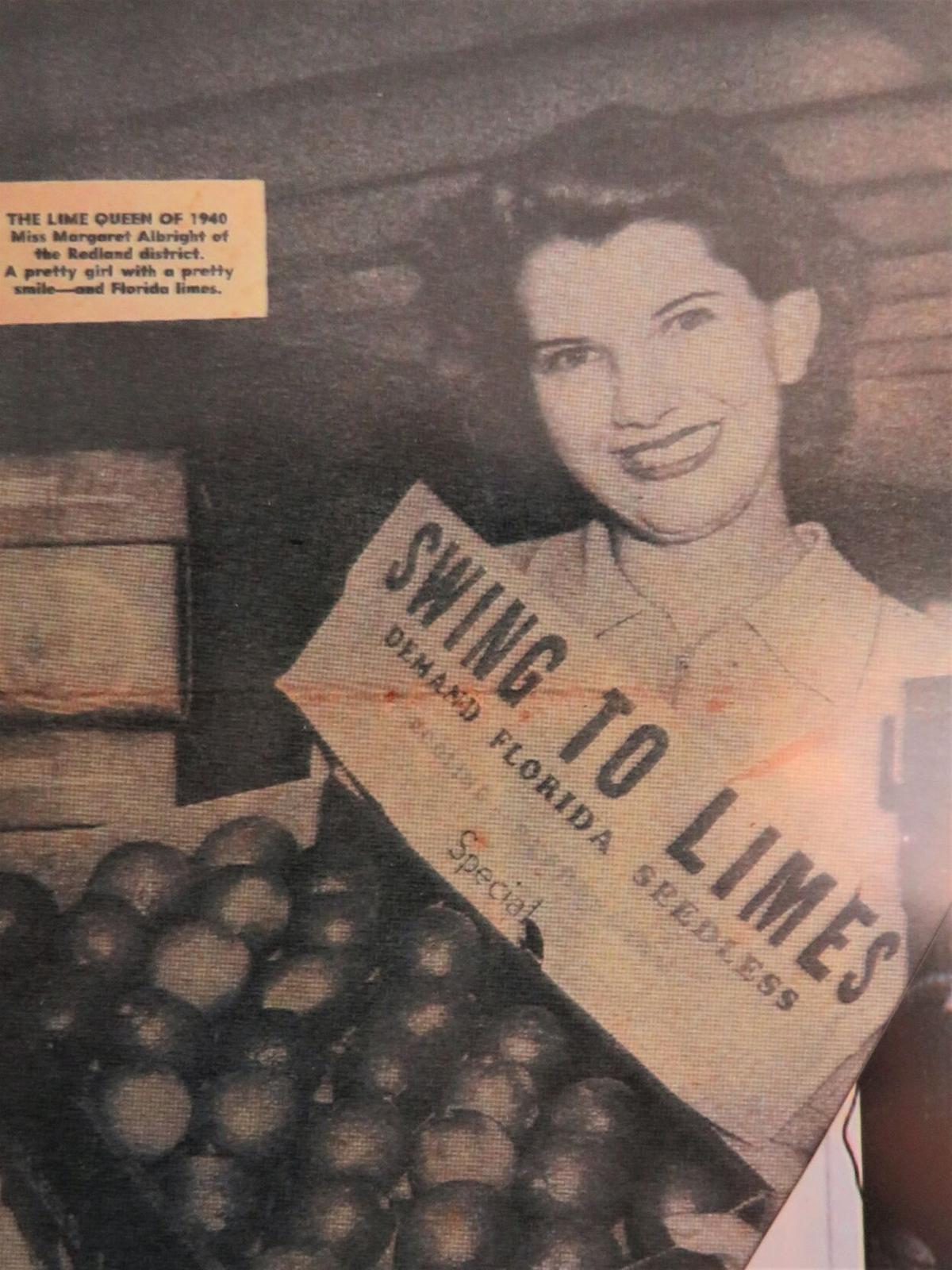 In 1940, Margaret Baucom was the ‘Lime Queen of South Dade’ promoting Florida citrus and avocados.

Meet Margaret Baucom (sitting) with her children, Robert, Harry and Ann-Maree Barnes. (Robert has since passed away.) Margaret has just celebrated her 100th birthday.

For her 100th birthday, her family created a collage of her live for her.

In 1940, Margaret Baucom was the ‘Lime Queen of South Dade’ promoting Florida citrus and avocados.

LAKE PLACID — Most of us have fond memories, especially of our younger days. Well, Margaret Marie Baucom has lots of them. Her parents came from Germany and settled in the ‘Redlands,’ a suburb of Homestead, Florida where she was born. That makes her a native Floridian.

Today, Margaret lives in Tomoka Heights. But in between, she had a business career spent in accounting and real estate. Her last position, before retiring, was managing the Gulf Oil Company building in Coral Gables. This was a seven-story building that was rented to international companies. Prior to that, she worked for the largest real estate company in Florida, The Keyes Company.

Once she and her husband Harry retired, they travelled the United States, including Hawaii. Plus, they toured five European countries as well. Harry’s career included operations manager and treasurer for Miami Crown Distributors, which at the time was the largest liquor distributor in the state.

Maybe, I’m getting ahead of myself with this story. Perhaps, I should mention that Margaret recently celebrated her 100th birthday, born June 1, 1921. That accounts for all those memories. So, let me backup and run some of her milestones past you.

Her parents married in 1918 and moved from Germany to Florida. Her dad died at 57, but her mom at 104. Her mother was a China painter. Margaret graduated as salutatorian of her class in 1938, at the age of 17, from Redland High School. Then, she graduated from Williams Business College in 1940. While at college, she met and married Harry in 1946.

They are the parents of Harry, Ann-Maree Barnes, and Robert. Unfortunately, Robert passed away last month. Margaret also has four grandchildren and five great-grandchildren.

In 1940, she was named ‘Lime Queen’ of South Dade, promoting Florida limes and avocados. She has the photos to prove it.

In between her career and travels, Margaret’s biggest enjoyment came from dancing. Back in the day it was ‘Swing.’ More recently, at Tomoka Heights where she has lived since 1993, it’s line dancing. Still another highlight was going out into the Gulf on their sailboat that they kept in Punta Gorda.

Today, her favorite activity is playing cards, both at the community center and at home with relatives. The game she really likes is called Manipulation, a form of Rummy. Her daughter, Ann-Maree, spends evenings with her trying to outwit her.

As far as Margaret’s health as a centurion, she does use a walker, but otherwise has no major issues. In fact, to help with this article, she hand wrote notes for me in perfect penmanship. She has a part-time caregiver but is otherwise self-sufficient. She attributes her longevity to having family and friends and maintaining positive thinking. Margaret is also proud that she is a lifetime member of the Eastern Star.

Due to COVID, there was no formal party except for a golf cart parade past her residence, complete with cupcakes. Also, over a period of a few weeks, most of her family came to visit her from around the country. Happy 100th Margaret!