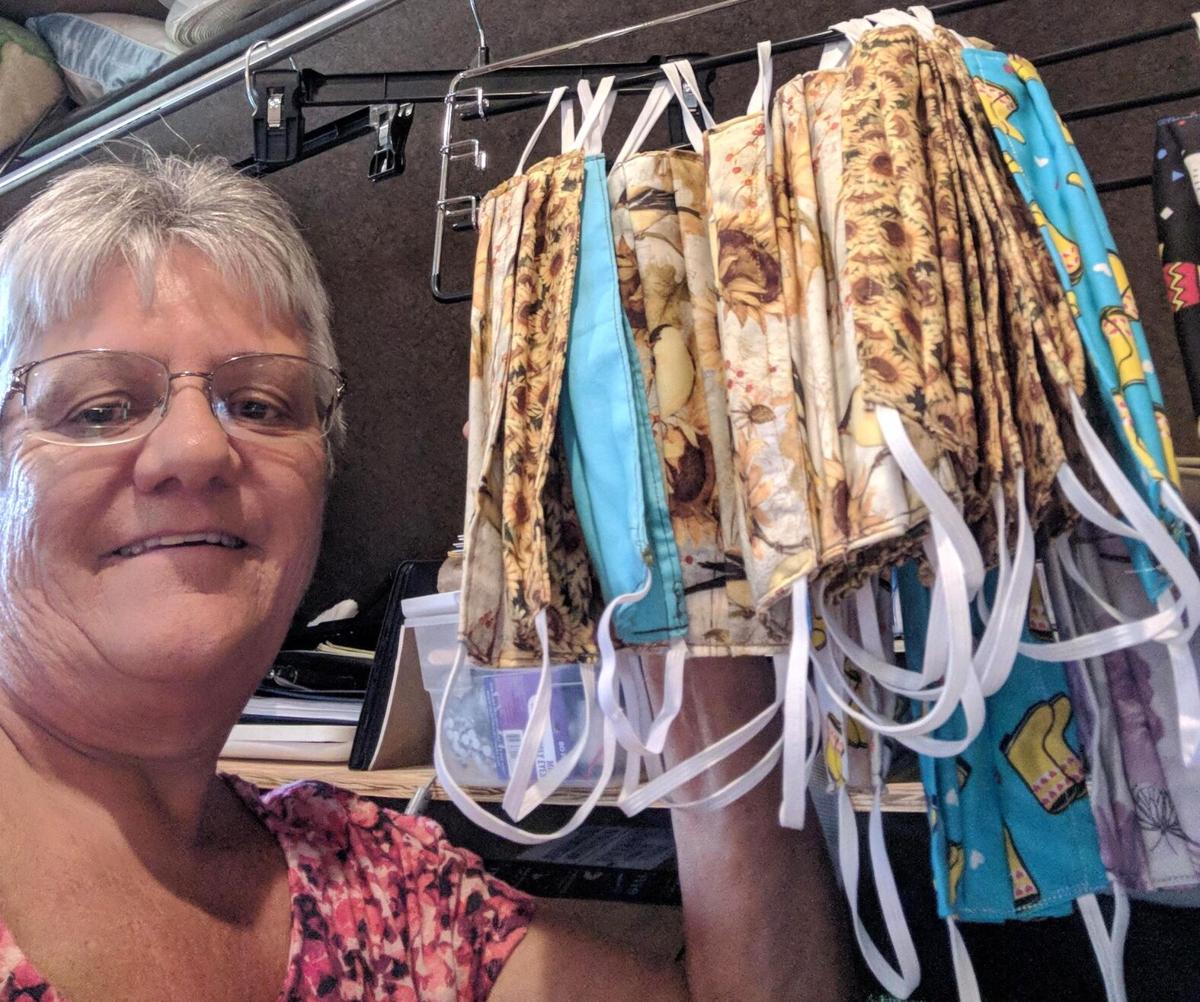 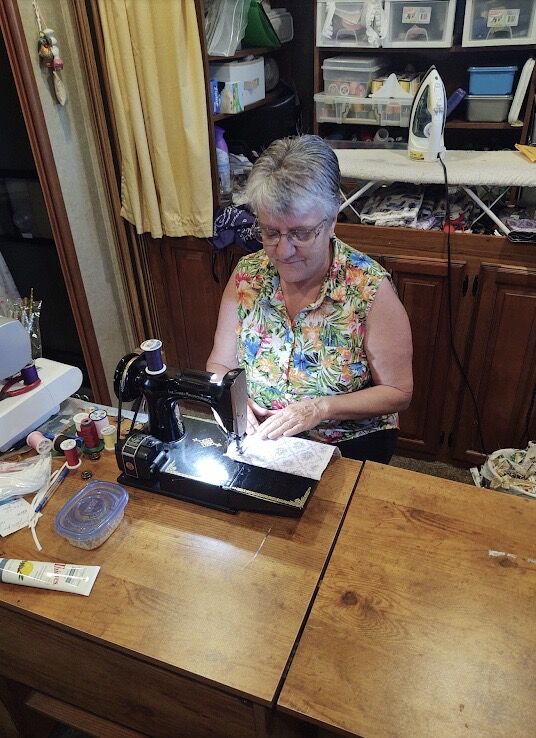 BARTOW – It takes five hours for Karen Campbell to make 25 face masks. Since March, she’s made nearly 5,000 of them.

That means that Campbell has spent an incredible 1,000 hours sewing in her Bartow home – just to help those who need them.

She said she has no set schedule as to how many hours she sews a day but that, on average, she spends about six or seven hours a day working.

The Bartow Chapter Daughters of the American Republic (DAR) recently recognized Campbell’s efforts toward the organization’s mission of donating masks to those in need. The Bartow DAR has reported sewing and distributing more than 700,000 face masks.

Campbell’s latest count of 4,850 face masks were sent to those near and far.

Destinations included a Navajo reservation in Arizona; the Guardian ad Litem program in Bartow; clinics and hospitals in Polk County and around the United States and individuals around the country.

She also made matching scrub hats and masks for a Veterans Hospital and is using her leftover scraps to make quilts to donate to a New York home for veterans, where her 87-year old brother lives.

According to Campbell, several years ago her husband purchased an antique sewing machine at a flea market. He surprised her with it after she had decided not to buy the 1947 Singer. But, thanks to that purchase, Campbell has been able to make the masks.

“The machine was made the year I was born and, although I would have liked to have had it, I wasn’t paying that much for a machine that just goes forward and backward,” she laughed.

Plus, as an experienced sewist, Campbell had a new expensive, multi-function machine that she used all the time. However, her husband saw things differently and they brought home the old, black machine.

When she began making the masks, her go-to machine couldn’t handle the thickness of them, so she pulled out the Singer featherweight. Her mother had taught her to sew by hand when she was about 3-years-old and she began to use a machine about age 7.

She said she will continue to make the masks until they aren’t needed any longer.

“I think that I will see a (resurgence) in requests as they begin to wear out and people need them replenished,” she said.

Because of the pandemic, there is a shortage of fabric. So far, though, between donations and her own purchases, she has been able to meet the demand.

Although Campbell could sell them and even create an income for herself, she said she much prefers to donate them.

“I do it because I like people,” she said. “I get my money back just knowing I’m helping.”