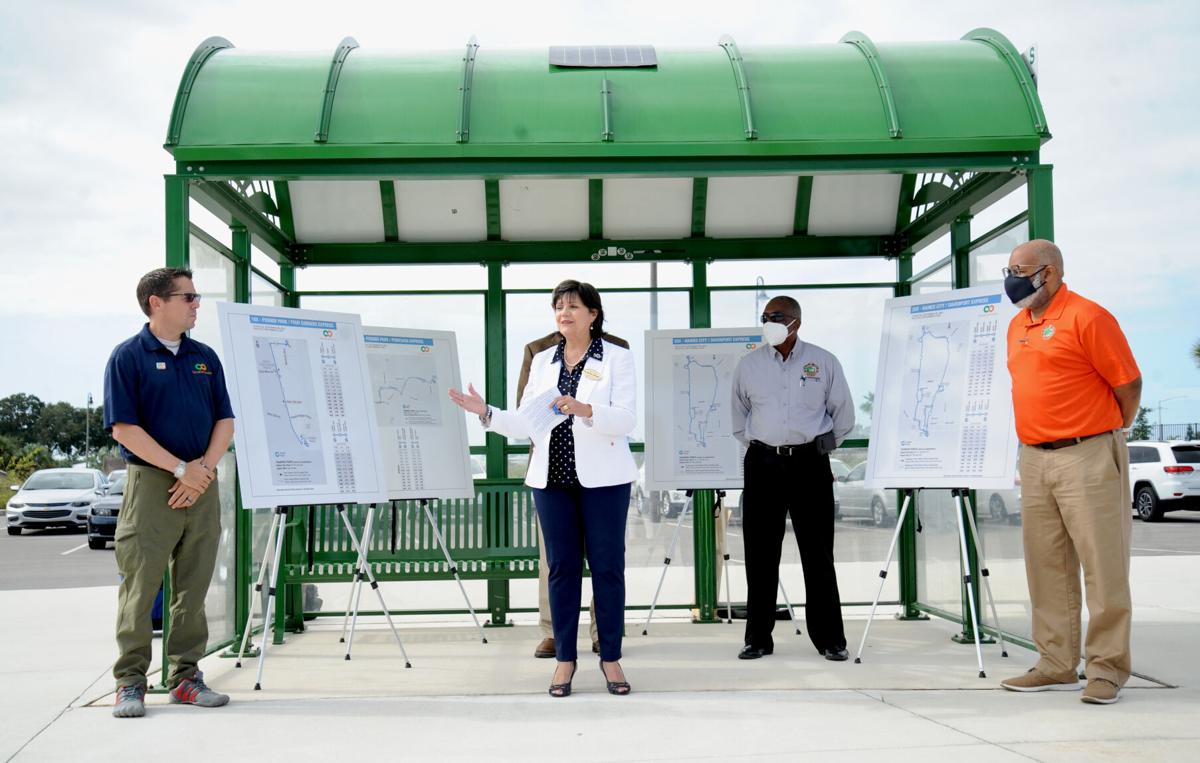 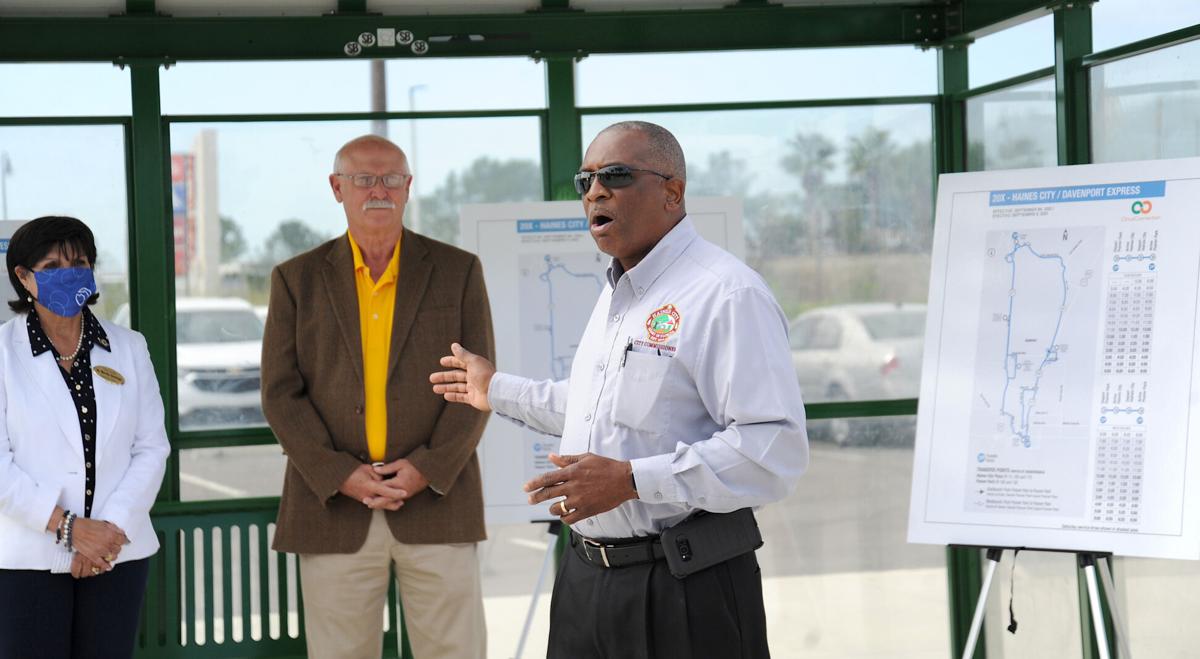 Haines City Mayor Morris West talked about the significance of the new routes for residents of his city and the surrounding areas. 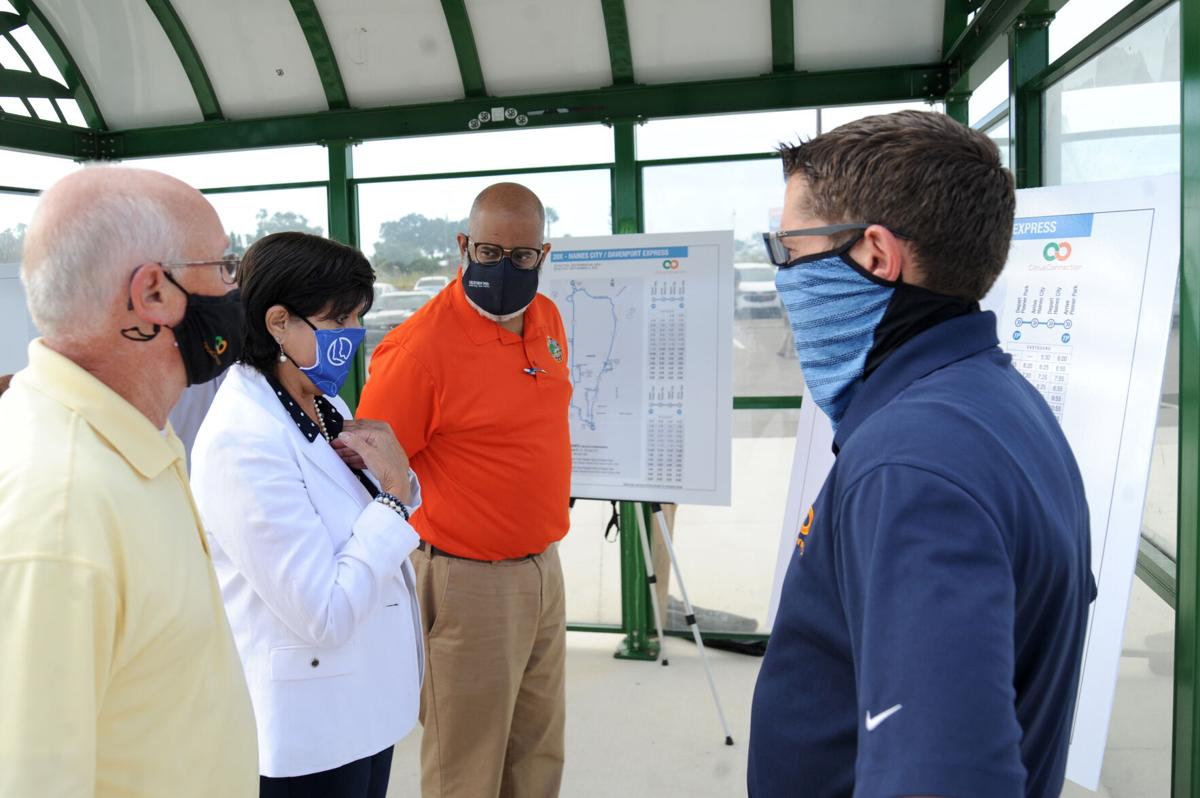 Haines City Mayor Morris West talked about the significance of the new routes for residents of his city and the surrounding areas.

POSNER PARK — Speaking at the ribbon-cutting ceremony for Citrus Connection’s Posner Park's Park-and-Ride facility, Haines City Mayor Morris West suggested that this was how things ought to work.

“City commissioners and county commissioners live closer to our people — we know the needs and the wants of our citizens,” West said to those in attendance. “Our job is to listen to them — and we’ve done just that.”

The “that” West was speaking about was the new Citrus Connection hub, which officially began running its routes on Sept. 8.

The facility, which includes room for four busses — all equipped with bike racks — and parking spots for commuters, has created new connectivity for residents in the northeast region of the county.

Now, from the Posner Park location, residents can get up-and-down the U.S. 27 corridor in Polk (with the exception of Frostproof), to Lakeland, to U.S. 192 with connectivity to Lynx, Orange County’s bus system, and to the Poinciana SunRail station in Osceola County — where they can take the train into Orlando.

“This is what the people in the northeast (county) have been asking for,” Santiago said. “People need to get to jobs and this is crucial for them. They also need to get to places of worship, to shopping, to recreation — to a little bit of everything.”

Other local officials present included Polk County Commissioner John Hall, who is the chairman of Citrus Connection's Board of Directors, as well as Haines City City Manager Deric Feacher.

It was a big day for Tom Phillips, the executive director for Citrus Connection, who explained that given the economic uncertainty of the moment we are living in that public transportation is especially important. Phillips cited data that suggests that, in times of recession, ridership tends to go up.

Phillips said that the routes, which began on Sept. 8, have seen encouraging ridership so far.

“So far we’ve seen ridership pretty good — there’s been a few runs from SunRail that have been standing room only,” Phillips said.

The connectivity to the commuter train line is one of the more significant developments from the hub’s opening. Phillips said that from the Posner Park hub to the Poinciana SunRail station is about a 35-minute ride, followed by about an hour from the station to downtown Orlando on the train.

Phillips said he and his staff will continue to keep an eye on how the new routes take, with an open mind to modification as time goes on.

“We’ll give it about six months and monitor the ridership,” he explained. “Then, just like Publix and things on the grocery store shelves, if a route’s not working then we’ll go ahead and modify it to try and pick up more riders.”

Whatever tweaks may be made to the routes down the line, if any, it was nonetheless an important occasion for leaders in the county’s northeast corridor to celebrate new infrastructure for residents of Polk’s fastest-growing region.

“I made it known last Friday at the mayors’ roundtable — don’t forget about the Ridge,” West said. “I want to continue to express and be an advocate for the Ridge. I live here. We want the Ridge to be a place where you can live and work and play and raise a family. We need mass transportation.”