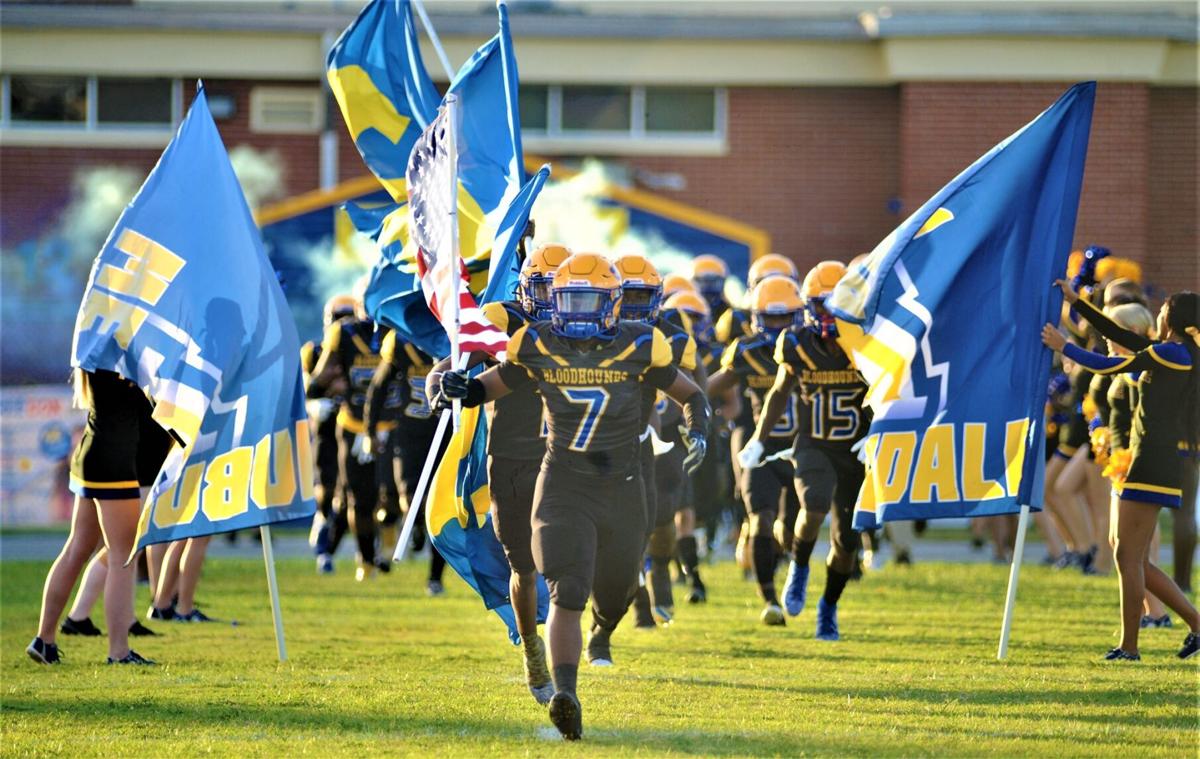 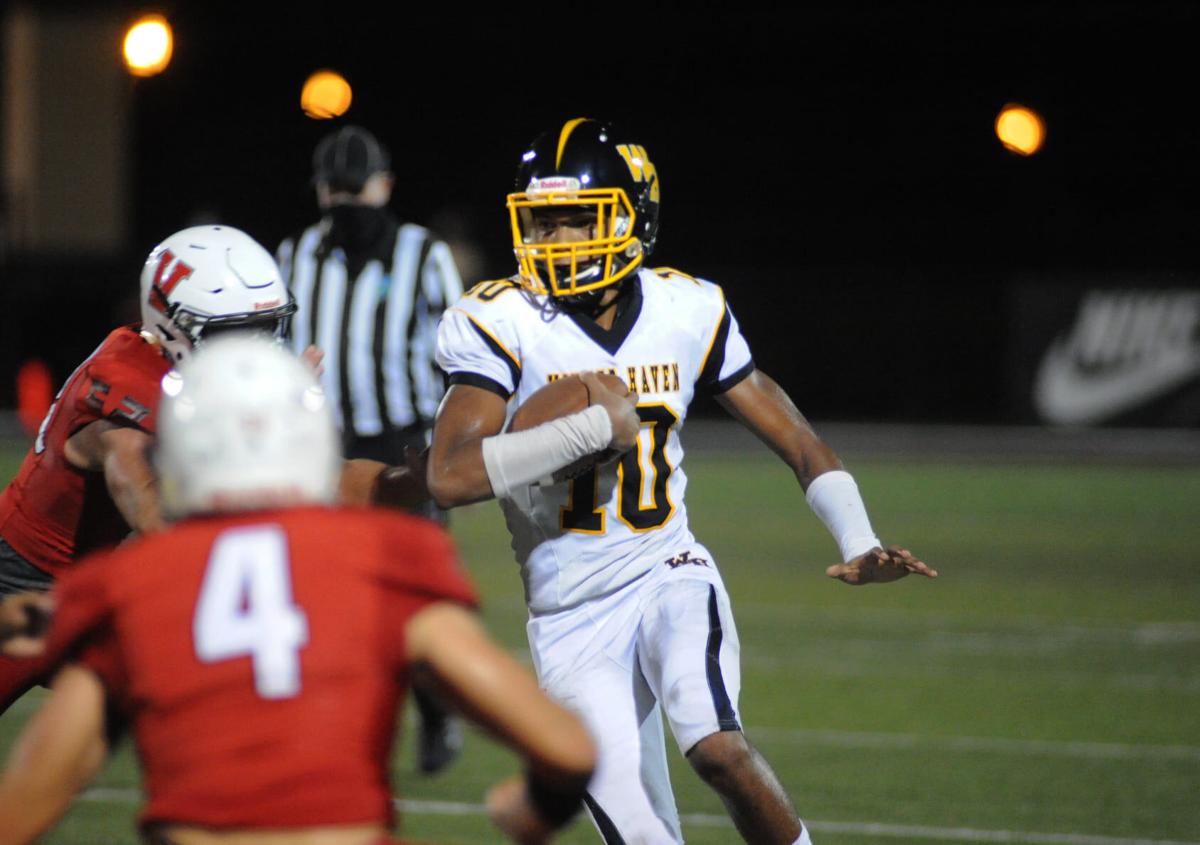 The Winter Haven Blue Devils will face Lakeland in the Class 7A Playoffs Nov. 13.

The Winter Haven Blue Devils will face Lakeland in the Class 7A Playoffs Nov. 13.

The high school varsity football season has progressed similar to that of a long roller coaster ride.

Injuries and pandemic-related attrition not only caused starts and stops for area teams, but they have also been largely responsible for any ups and downs. But a few final twists and turns aside, the cars are nearing a return to the station.

As for teams that opted out of the 2020 state series or hold independent status (Haines City, Lake Region, Discovery and Akelynn’s Angels Christian Academy), they have completed the majority of their season.

Auburndale built an early lead against Port St. Lucie en route to its fourth victory of the year. The Bloodhounds (4-3), who earned a 38-28 decision over the Jaguars as Zach Tanner and Cam Sowder combined to throw three touchdown passes and Anthony Alls rushed for 100 yards and one score, earned a spot in the Region 3 quarterfinals opposite host Tampa King (5-3).

Class 7A programs Bartow (vs. Tampa Bay Tech) and Winter Haven (vs. Lakeland), Class 5A Lake Wales (vs. St. Petersburg Gibbs), Class 3A Frostproof (vs. Oasis High) and Class 1A Fort Meade (at Williston) are slated to begin their playoff journeys Friday. The Yellow Jackets and Blue Devils have round-of-16 matchups; the Highlanders, Bulldogs and Miners are in the regional quarterfinals.

Undefeated Bartow marches into the postseason on an eight-game winning streak. The Yellow Jackets outlasted Lake Wales 42-10 last Friday at Legion Field to mark their fifth game scoring at least 40 points this season, while the Highlanders (3-1) were in action for the first time since Oct. 16.

Winter Haven (3-5) enters its playoff tilt with Lakeland on a two-game skid, but the Blue Devils stayed within seven points of Bartow and Lake Gibson in consecutive weeks. Last Friday’s 34-27 setback to Lake Gibson at Denison Stadium had the Braves rally in the final moments.

Frostproof (3-0) hosts Cape Coral Oasis having not played a game since Oct. 9 – a 34-18 win over Discovery High. Oasis, on the other hand, squeezed in eight contests between Sept. 4 and Oct. 23 and picked up a forfeit when first-year varsity program Parrish Community High opted out of its playoff opener.

Fort Meade (4-3) brings a three-game winning streak into its Class 1A regional quarterfinal – punctuated by a 40-12 victory over Mulberry on Oct. 30 – while host Williston improved to 3-6 with last week’s 29-point triumph over Chiefland. The Miners-Red Devils winner advances to the Region 4 semifinals on Nov. 20 against Hawthorne or Chiefland.

The second-seeded Saints (8-1) recorded a 39-20 semifinal victory over No. 6 seed Academy at the Lakes on Nov. 5, earning head coach Stuart Weiss’ team a rematch with top-seeded Gainesville Oak Hall (9-0) in this Saturday’s finale at Bryant Stadium. Zay Mathis rushed for 318 yards and three touchdowns on 25 carries to help lead the way against Academy at the Lakes.