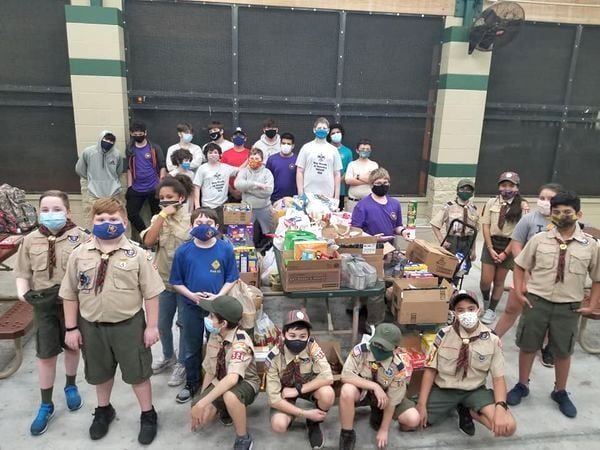 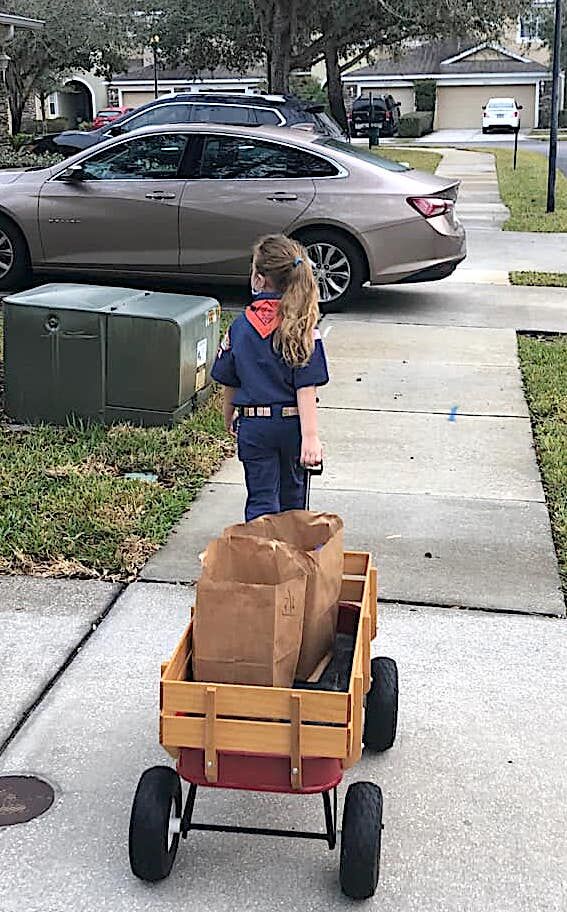 A Lake Region Scout pulls a wagon full of food during the drive. 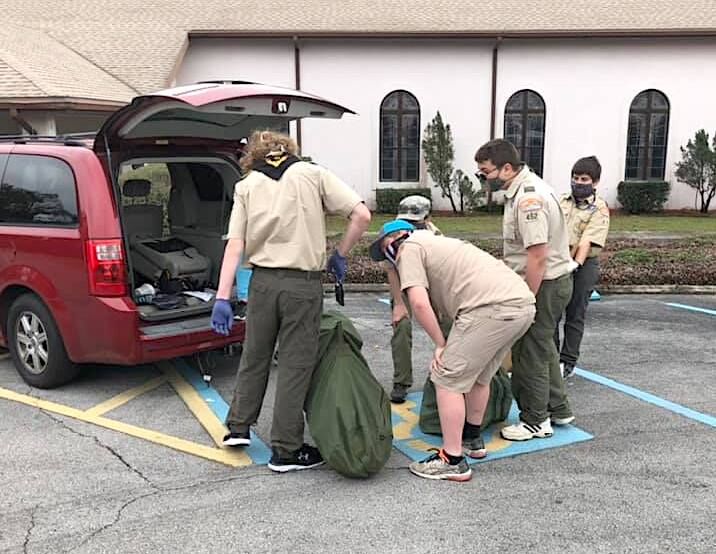 Scouts load supplies to be transported to the food bank. 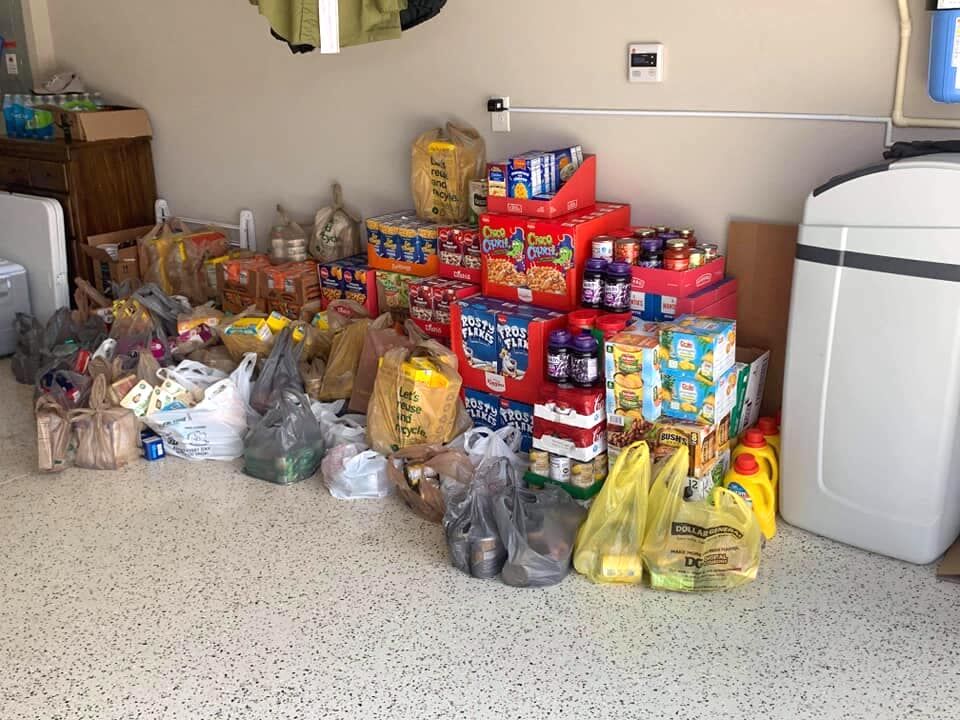 A Lake Region Scout pulls a wagon full of food during the drive.

Scouts load supplies to be transported to the food bank.

The Boy Scouts of America’s Greater Tampa Bay Area Council held a record-shattering Scouting for Food Drive in February, with scouts assembling more than 45,000 pounds of food for local pantries across their nine-county territory.

Scouting’s Lake Region District, which serves much of Polk, Highlands and Hardee Counties, helped lead the charge with 4,547 pounds collected.

During the annual drive, youth are given the opportunity to choose which food banks they wish to support within their communities. This year, Polk County units chose to donate to the Mission of Winter Haven, the Agape Food Ministry, kidsPACK and the Winter Haven First Nazarene food pantry along with several others.

“I am so proud of our boys and girls in Lake Region,” District Executive Julie Diaz-Plante said. “One of the most critical tenets of the Scouting movement is the concept of youth leadership. Here we see our young people living that principle and stepping up as leaders, not just in their troops, but in the community as well.”

Scouting for Food typically sees scouts distribute door hangers throughout their neighborhoods, requesting that residents leave nonperishable food items on their doorsteps at a specified collection time. This year, some units even partnered with larger grocery stores to maximize their returns.

According to Jeremy Twachtman, who directed the Scouting for Food program across the Greater Tampa Bay Area Council, this is the second year in a row that their food drive has broken the previous record.

Furthermore, Twachtman said he is awaiting additional reports from several units, so the total is likely to increase. So far, 101 units across the nine-county council have reported results amounting to 45,056 pounds.

Within Polk County, Cub Scout Pack 123, Pack 528, Troop 526 and Troop 106 reported the highest returns, with much of the food donated by the Lakeland, Winter Haven and Haines City communities.

As a district executive, Plante said she believes “cheerful service” to be another keystone of the Scouting movement and an important concept to instill in youth at an early age. She said that Scouting for Food presents an opportunity for Scouting to put its mission into action, “preparing young people to make ethical and moral choices over their lifetimes.”