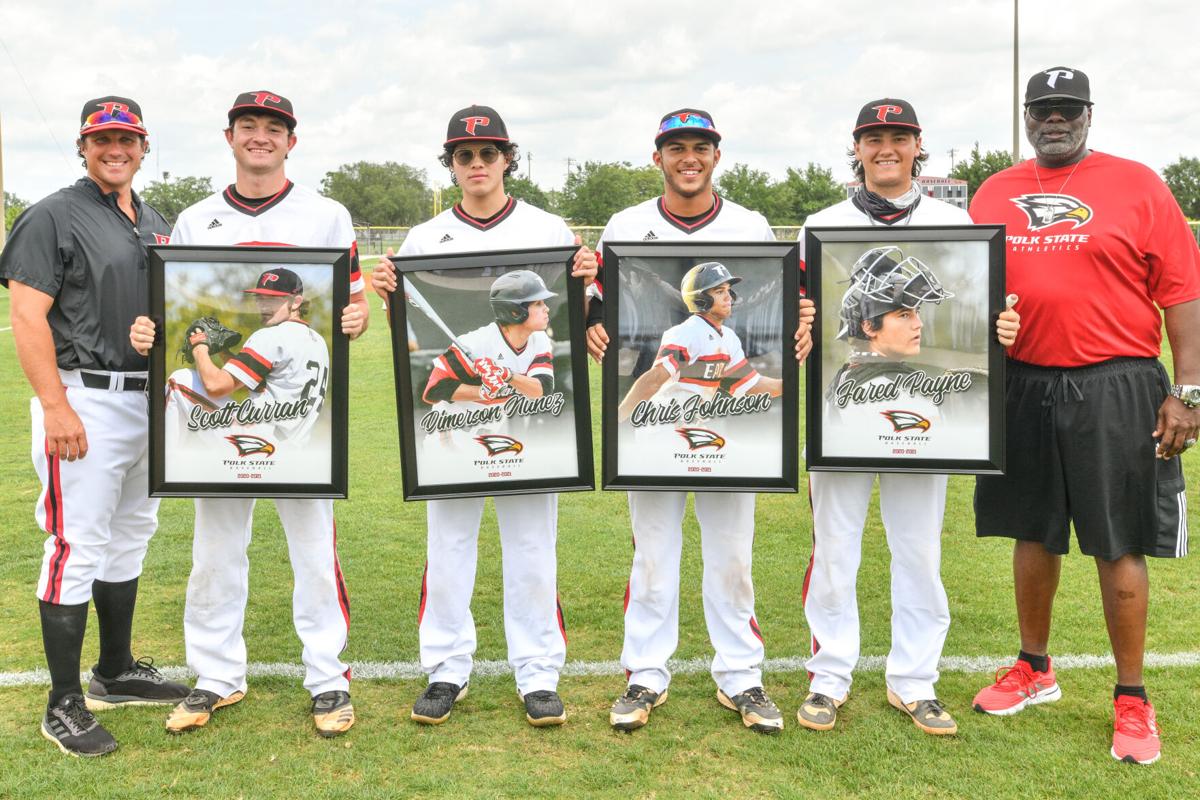 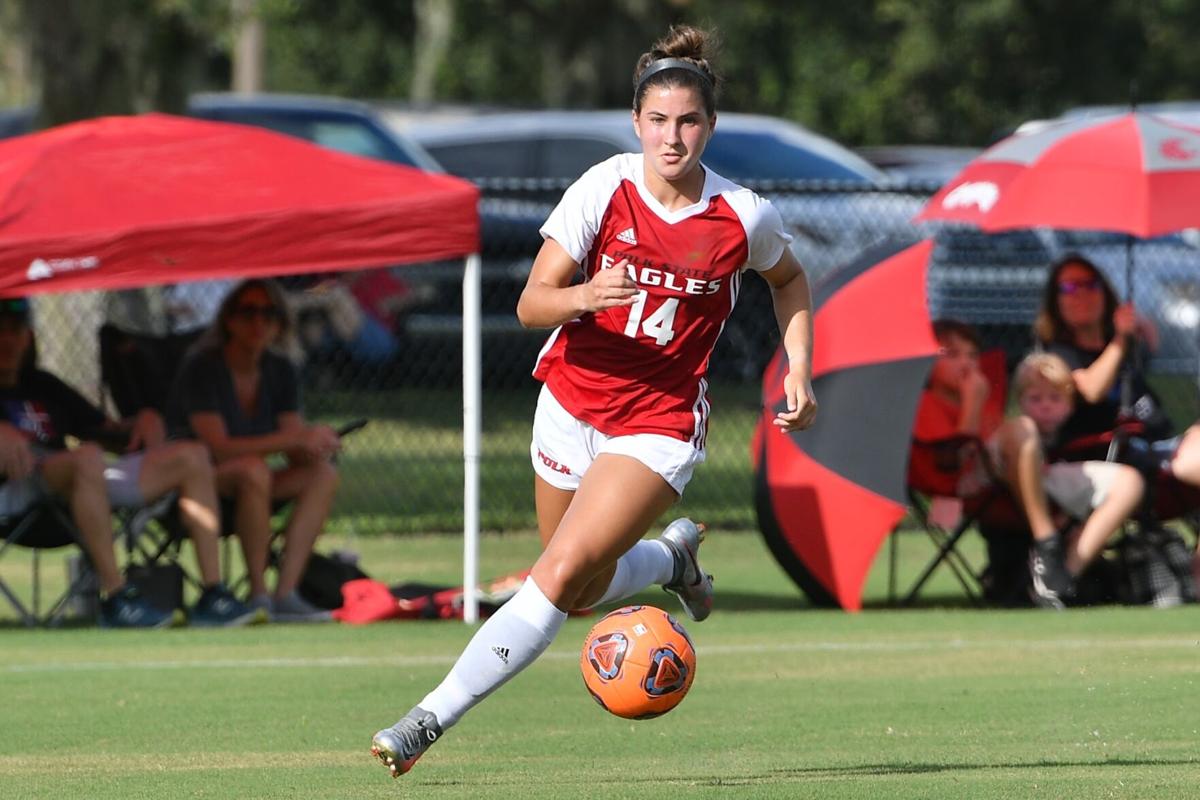 Polk State’s Logan Fernandez scored a goal for the Eagles in their first loss of the season April 24.

Polk State’s Logan Fernandez scored a goal for the Eagles in their first loss of the season April 24.

With the win, Polk State (34-20, 18-11) remains tied with State College of Florida for second place in the Suncoast Conference. Both teams play their final games of the regular season on Wednesday, April 28.

On Monday, the Eagles jumped out to a 2-0 lead in the first inning and never trailed. They had 12 hits, two walks, and four stolen bases.

Dakota Harris went three-for-five with a stolen base and two RBI. Jack Duffy singled, doubled, walked, drove in a run, and scored twice. Rohsean Riley went two-for-four with a double, a run, and a stolen base.

Starting pitcher Major Posey allowed five runs on six hits in four and one-third innings. Ethan Stephens got the win in relief, improving to 4-0. In two innings he gave up one run on one hit, walking one and striking out five of the nine batters he faced.

No. 15 Polk State women’s soccer lost its first game of the season Saturday, April 24, 5-1 to No. 2 Eastern Florida in Lakeland.

Trailing 3-0 after the first half, Logan Fernandez scored for the Eagles at 50:43 on an assist from Jillian Johnson.

The Titans took 32 shots on goal while Polk State took five. Goalkeeper Michaela Tuzzolino made 27 saves for the Eagles.

"We've also shown areas that we want to continue to improve on. There are definitely tactical adjustments we want to make. Ultimately, we really want all the players to be all-in to see how far this team can go this year."

The Polk State softball team concluded its 2021 season with a victory on Saturday, April 24.

The Eagles split a doubleheader with Hillsborough, winning the late game 5-2 to conclude the campaign with a 5-21-2 record.

The game before that went 14 innings, ending in an 8-7 loss for Polk State.