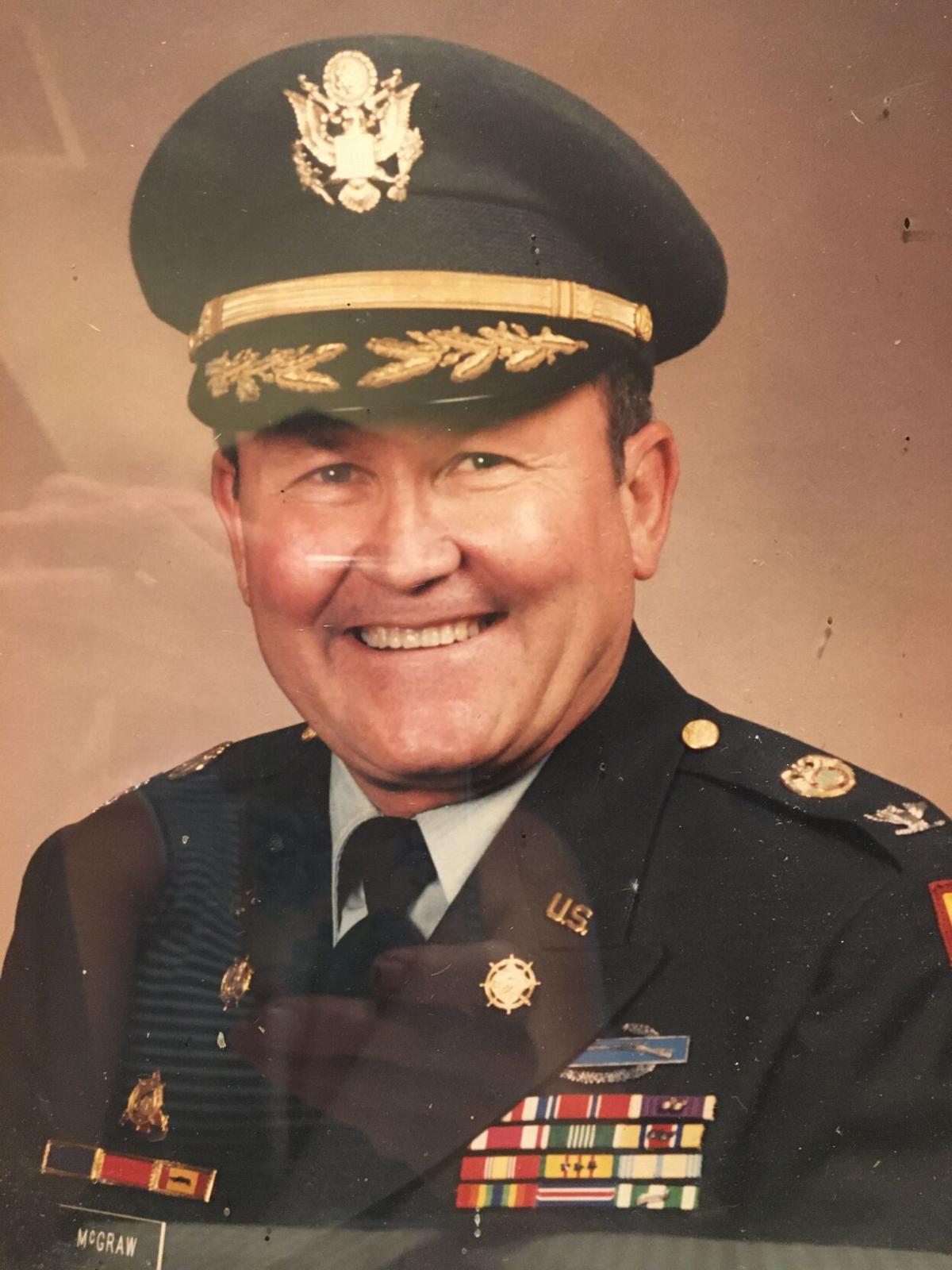 Ken McGraw, a retired Army Colonel, is a recipient of the Purple Heart award. 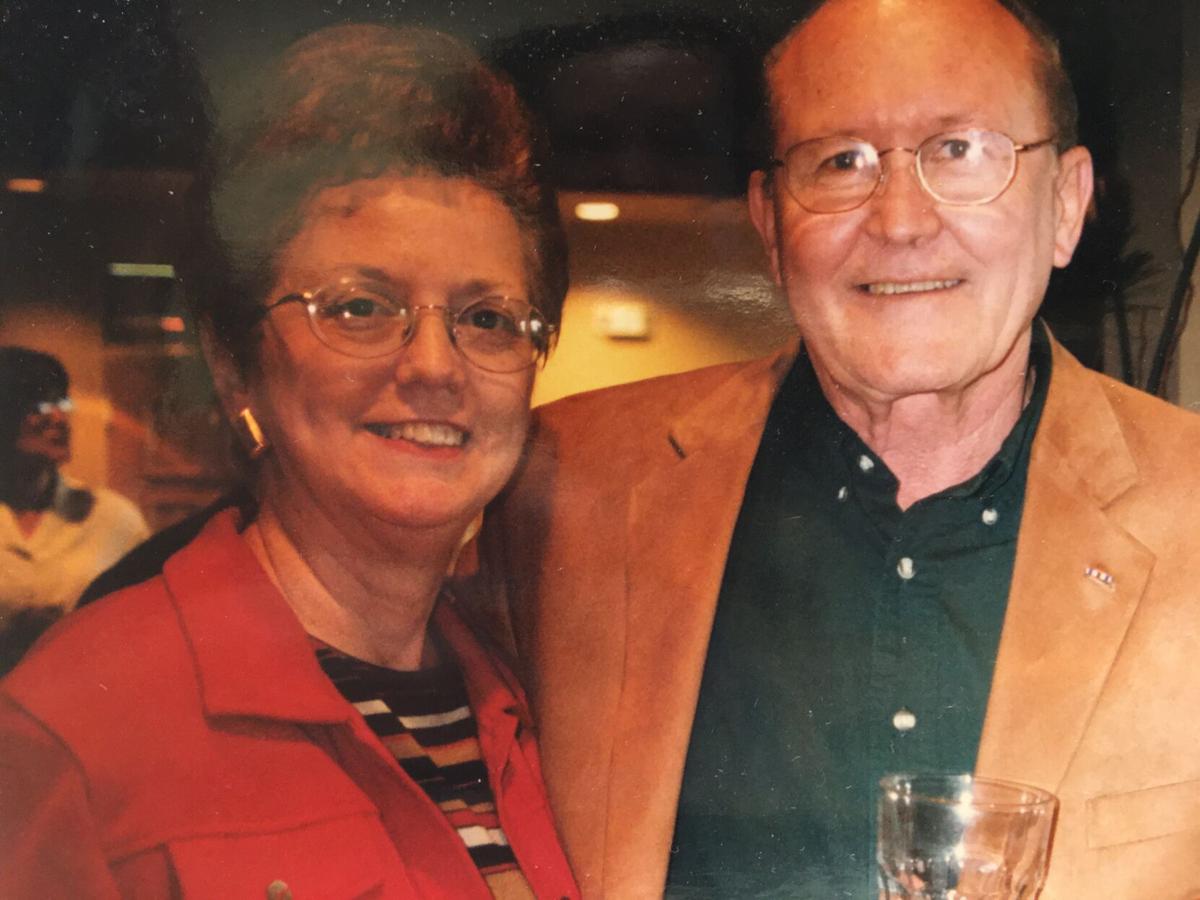 Ken McGraw and his wife, Claire, will celebrate their 56th wedding anniversary in August.

Ken McGraw, a retired Army Colonel, is a recipient of the Purple Heart award.

Ken McGraw and his wife, Claire, will celebrate their 56th wedding anniversary in August.

HAINES CITY – For retired Army Colonel Ken McGraw, serving in the military was a given and, also, a life-changing honor.

“You gotta serve your country,” he said. “Back then, we never had another thought of doing anything different. There was never any doubt in my mind.”

So, after graduating from the University of Florida, McGraw went down to the recruiter’s office and joined the U.S. Army.

To say the ’60s were a busy time for McGraw and his wife, Claire, is an understatement.

During that time, they both graduated from the University of Florida, were married, Ken enlisted in the Army, became an officer and was shipped off to war in Vietnam.

McGraw enlisted as a private under a program that guaranteed his attendance to Officer Candidacy School (OCS) after completing basic training and advanced individual training.

“Going to basic training grounded me. It taught me what the Army was all about,” he said. “OCS taught me about problem-solving.”

But, almost immediately after graduating from OCS, those leadership skills were put to the test when he was sent to Vietnam as a second lieutenant with the 11th Armored Cavalry Regiment. McGraw, like many combat veterans, doesn’t elaborate on details about his time spent at war, but in addition to numerous commendations and awards, he received the Purple Heart.

“I wouldn’t change a thing about my time spent in the Army,” he said. “It was a good experience but a hard one.”

After a year in Vietnam, McGraw returned home to Claire, who had begun to build a career for herself in education.

“(Because of military obligations), for the first four years of our marriage, we were only together 22 months,” Claire said.

Over the next 29 years or so, McGraw, a Reserves officer then, carefully navigated a route of promotions from company to battalion group commander for the 32nd Transportation Group.

He retired after 30 years, but not before he was called back to active duty during Desert Storm/Desert Shield.

In addition to his Army career, he was the president of his family’s business, McGraw Citrus in Davenport. After that closed in the late 1980s, he spent the next 10 years working at the U.S. Post Office.

“A lot of the things I learned in the military I used in civilian life,” he said. “Particularly, the leadership skills.”

Although the other two careers were important to him, his time spent in the Army is what made him the man he is today.

“The military teaches you to control your emotions,” he said. “Fear will get you killed (during combat).”

Life-long friendships were forged, he says, and the ability to accept people as they were.

Ken and Claire still live in the house they built in the 1970s in Haines City (Ken is originally from Polk County and Claire is from Avon Park) and look forward to visits from their daughter and her family.

They are also active in the First Presbyterian Church in Haines City where he serves as an active elder and President of the FPC, Inc. Claire retired from the Polk County School Board as a principal after 39 years and, in August, the college sweethearts will celebrate 56 years of wedded bliss.

Looking back on the years he spent in the Army, particularly in Vietnam, Ken said it was life-changing.

“It makes you not take things for granted back here in the United States. Just being able to get in your car and drive to the store or go to a movie is a gift of freedom,” he said. “I’d do the 30 years again. I have no regrets.”