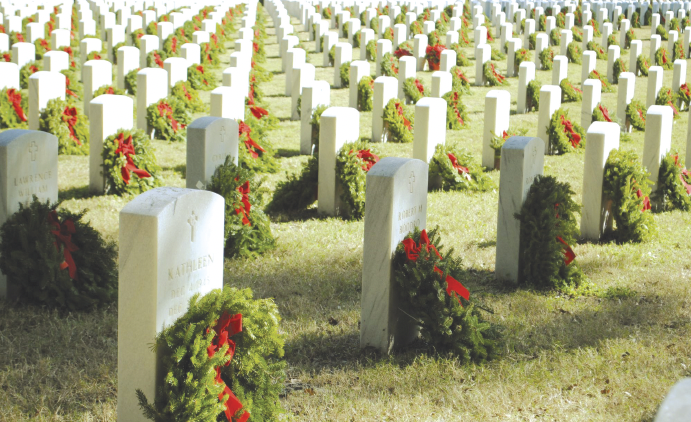 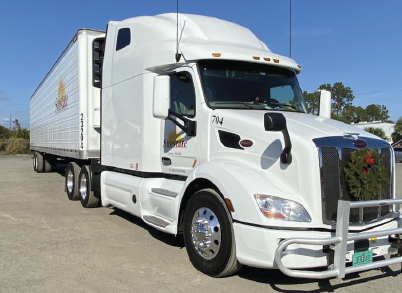 What began with a young boy’s first trip to the nation’s capital and Arlington National Cemetery ended with the creation of one of the largest non-profit organizations for U.S. veterans. That youngster, Morrill Worcester, grew up to become founder of Wreaths Across America, which has laid over 700,000 wreaths at veterans’ cemeteries across the country.

According to the Department of Veterans Affairs, there are over 23 million veterans worldwide, 19 million in the U.S. and over 1.5 million in Florida. There are 155 national cemeteries across the United States, nine of which are in Florida. Florida National Cemetery in Bushnell is one. In addition, there are 2,800 “participating locations,” according to Trish Gardner, Region 2 location and fundraising liaison for Wreaths Across America.

The Wreaths Across American program began when, in 1992, Worcester’s company, Worcester Wreath Company, based in Harrington, Maine, had a surplus of wreaths. Worcester recalled his boyhood visit to Arlington National Cemetery and how inspired he was. As shown on the Wreaths Across American website, its goals are to “Remember our fallen U.S. veterans. Honor those who serve. Teach your children the value of freedom.” Worcester believed that the wreaths would enable people to honor military members and their families.

The wreaths themselves hold sentimental value. The evergreen represents everlasting life. The red bow represents great sacrifice and the circular shape represents eternity. When wreaths are placed at each veteran’s plot, the volunteer announces the soldier’s name and then says thank you.

With the support of the Maine U.S. senator at that time, Olympia Snowe, plans were set forth to have the surplus wreaths delivered and placed in one of the older sections of Arlington National Cemetery. Worcester, his company and volunteers continued donating wreaths for the next 15 years. In 2005, a photo of his wreaths at Arlington National Cemetery was posted on social media and went viral.

Every year, thousands of veterans’ wreaths are prepared at Worcester Wreath Company. Then, refrigerated delivery trucks transport the wreaths to Arlington and other national cemeteries. This annual pilgrimage is the world’s largest veterans’ parade, stopping at schools, monuments, veterans’ homes and communities along the way to remind people to Remember, Honor and Teach.

The logistics required to make all of this happen is extensive and includes volunteer time. Locally, Sunstate Carriers from Tavares is a qualified trucking volunteer for Wreaths Across America. Owners Josh and Kyle Fulmer, upon employee Katie Margroff’s introduction to Wreaths Across America, are now avid supporters. This year will be the company’s second year of volunteering a refrigerated semi-truck and driver to take the pilgrimage to Maine. The truck will return with thousands of wreaths destined for Florida National Cemetery.

Wreaths Across America location coordinators Randy Lewer and Cindy Bentley-Roberts then will take over wreath placement operations at the Bushnell cemetery. With a goal of 50,000 wreaths, organization is key.

For Wreaths Across America to be successful, sponsorship of wreaths is vital. It is simple to sponsor or to volunteer to place a wreath. The last day to sponsor a wreath is Nov. 30. Visit www.wreathsacrossamerica.org or call 877-385-9504.

National Wreaths Across America day is Dec. 18. An opening ceremony will begin nationwide at 10:45 a.m., with a moment of silence to respect our veterans at noon. Then, wreaths will be honorably laid.