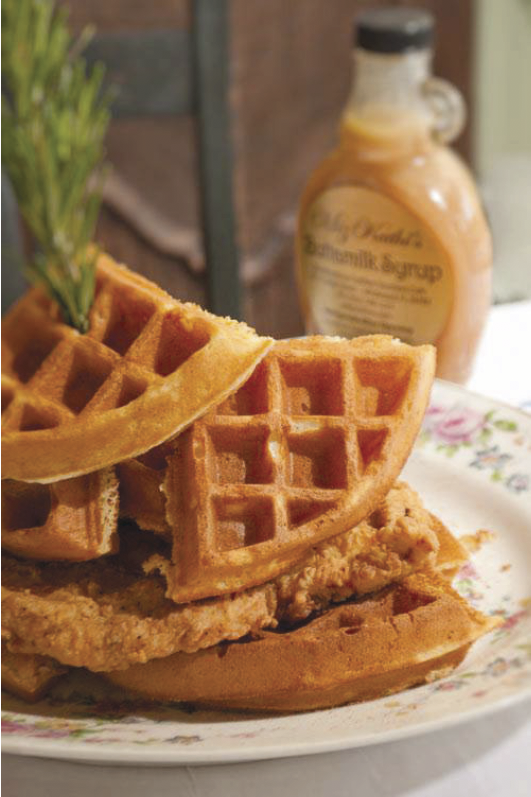 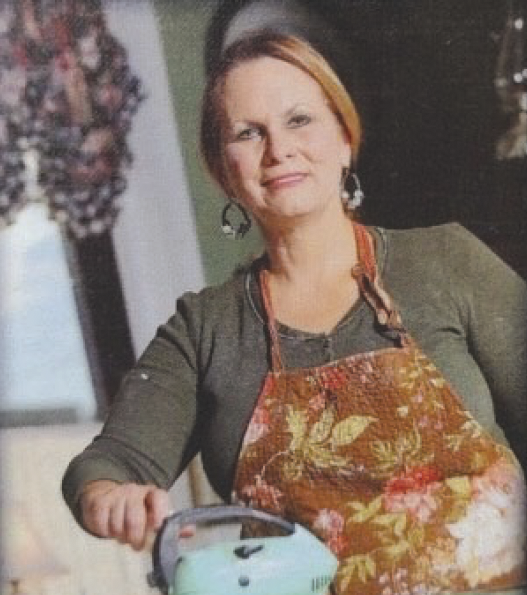 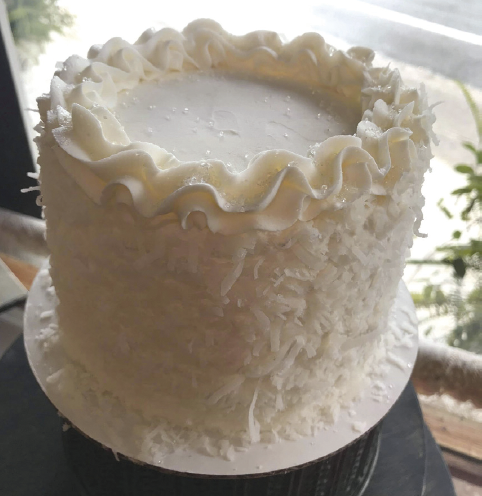 Kathi Hall Vincent’s family has roots in Florida that date back to the Revolutionary War. On her father’s side, one of her ancestors almost 10 generations ago was a loyalist to the King of England and came to Florida after the war as a refugee.

Flash forward some 200 years later, Vincent was born in Miami and then raised just a bit north of Ocala. She married her high school sweetheart and raised six children. While her youngest was in high school, she decided she wanted to pursue her passion. The only problem was, she had a lot of them.

Interested in her family history and genealogy, Vincent also had a passion for cooking, baking and collecting antiques. Unable to combine all of these passions at once, she first started catering.

“I couldn’t decide which one of my passions I wanted to delve into,” she said. “It kind of came together when I started catering.”

She began catering for a local museum and slowly made her way to owning her own restaurant, Miz Kathi’s Cotillion Cafe, on Valentine’s Day in 2008. A few years later, just a walking distance from the café, she opened Miz Kathi’s Southern Sweetery around 2015.

Vincent has not only been successful in business, but even more so in raising her family. In fact, the eatery is so entwined in their rich history, it’s even made long-time employees part of her family. With some help from the matriarch herself, of course.

Playing matchmaker has been pretty successful for Vincent. She was able to find partners for some of her sons. Most notably, for the current manager of the café and her youngest son, Joel.

While attending school in Utah, Joel planned on coming home for Thanksgiving. At the same time, one of Vincent’s best waitresses, Brittany, had just put in her two-week notice so she could move back to her family in North Carolina.

“I was sitting in my office, and I turned around to look at her, and I said ‘Brittany, my son is coming home for Thanksgiving. I really think you should stay and meet him,’” Vincent said. “So I go outside, and I call him (Joel) and said ‘I found your wife,’” she chuckled.

After a long day of working, still wearing her apron and no makeup, Vincent took a picture of the waitress outside the restaurant and sent it to her son. The rest is history.

“He decided to come home early, and she decided to stay a little bit longer. They got engaged pretty soon after,” she said.

But the family involvement doesn’t end there. Vincent’s granddaughter Emma works at both the cafe and sweetery, with granddaughter Lilly working after school and on weekends. Granddaughter Brianna works as a server, as well. Her grandson Lucas also pops in every once in a while to help with dishes.

Even employees who aren’t related by blood have become family. Brittany’s sister Olivia has been working at the sweetery since she was 15 and is now head cake decorator.

All this family history is a key part to the delicious traditional Southern comfort foods that are served up at the eatery.

“A lot of recipes were passed down from my mother, my grandmothers and my great grandmothers. I’ve used several recipes that have been passed down. There’s some I’ve created, and there’s some that are just my favorite recipes, you know?” Vincent said.

Traditional Southern-style chicken and waffles and shrimp and grits are some of the most popular dishes at the café. However, along with these traditional home-made meals, some break the mold.

Their experimental voodoo mac and cheese has become a crowd favorite. Pulled pork sits atop of homemade mac and cheese with thinly sliced onion rings, and drizzled with some homemade BBQ sauce – which is what earned this sinful dish’s namesake.

“Oh. My. Gosh. I had the idea, and I gave my son some pictures and recipes, and he fruited it,” she said. “He brought it over for me to try at the sweetery, and I said ‘Oh my gosh, this is so evil we’re going to have to give it an evil name!’”

Over at the sweetery, their coconut cake, salted caramel fudge cake and carrot cake reign supreme.

Although Vincent is kept busy nowadays raising some of her grandchildren, she comes in periodically and makes a lot of the fixin’s herself. She makes all the pralines, fudge, cow patties, crumb cakes, biscuits, marshmallows, candy and more. Add that to writing cookbooks, and you can say she’s a modern Southern Wonder Woman.

“(I have) 25 grandchildren with two on the way, and eight step-grandchildren,” she said.  “So I’m busy,” she chuckled.

During the pandemic however, Vincent had closed for a few months, but was able to keep paying her employees. When the time came to return to work, some employees didn’t show up, though, Vincent has been forced to close early some days of the week to give her husband and son a break from managing and cooking for the busy restaurant.

Miz Kathi’s Cotillion Cafe and Sweetery are both located at 101 N. Main St. in Wildwood. For more information, call 352-748-1223  or visit www.mizkathis.com.

“Thank you for their (the customers) support, because we’ve never had to advertise. It’s always been word of mouth, and our customers have stuck with us since day one,” Vincent said. “Our customers are the most amazing thing, you know?”