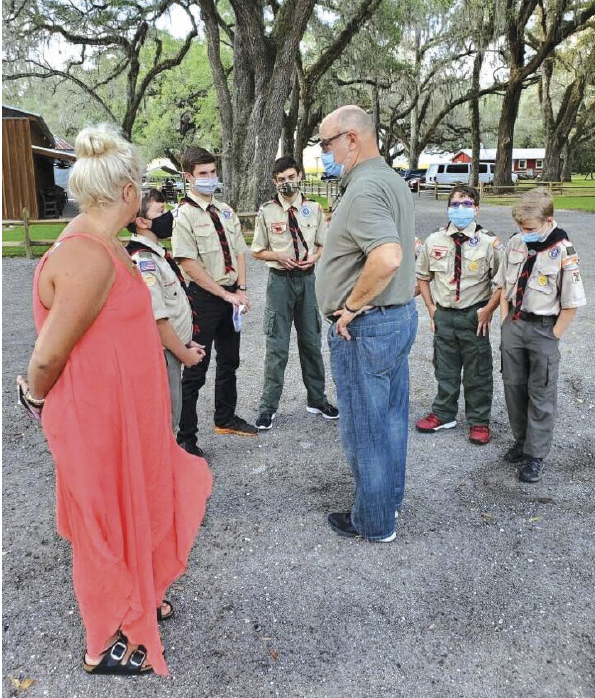 A patron congratulates Troop 71 on their flag retirement ceremony. 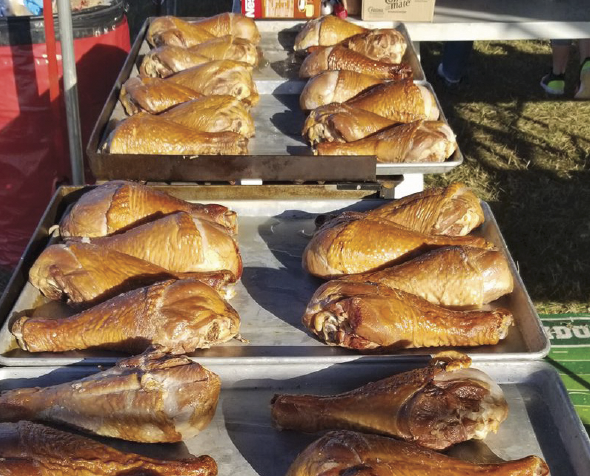 Turkey legs wait to be plated.

A patron congratulates Troop 71 on their flag retirement ceremony.

Turkey legs wait to be plated.

The Boy Scouts of America raised over $38,000 to support local Scouting through their first Sumter County Beast Feast at the Silo Oaks ranch in Sumterville.

According to the Greater Tampa Bay Area Council, the funds will empower young people through registration scholarships, new youth programs and upgrades to camp properties for the local Withlacoochee District, which consists of Sumter, Citrus and Hernando counties. The feast served as a successor to the organization’s previous event in Sumter County, the Villages Golden Eagle Dinner.

“The food was amazing… stuff I have never before tried or even thought to try, but did,” Sherree Klein, a resident of The Villages, said.

According to Tickled Pink Grillers CEO John Willis, his organization has longstanding ties with local Scouting. His largest smoker, dubbed “Bertha,” was assembled by scouts working on their welding merit badge. He said they enjoyed returning to their roots and helping to support the program.

Scouts with Troop 71, the district’s first centennial unit, were also on site to perform a retirement ceremony for old American flags brought to the event. The Boy Scouts of America is among the only groups authorized to perform such rituals.

“This was the first such ceremony I have ever witnessed, and I have to admit fighting back tears throughout it,” Chuck Wildzunas, president of the Villages Straight Shooters Club, said.

Council Finance Director Ward Bramlett said the event was even more successful than anticipated thanks to the support of local businesses. Event sponsors included the Villages Hospital Auxiliary Foundation, the Villages Health, the Rotary Club of the Villages, Mike Scott Plumbing, Dwane Dougherty, the Ol’ Scouters Club and others.