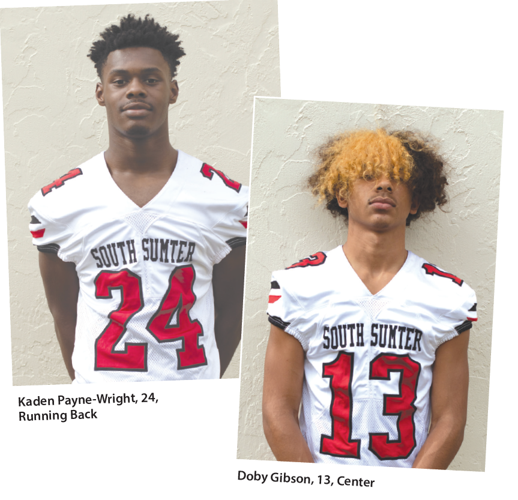 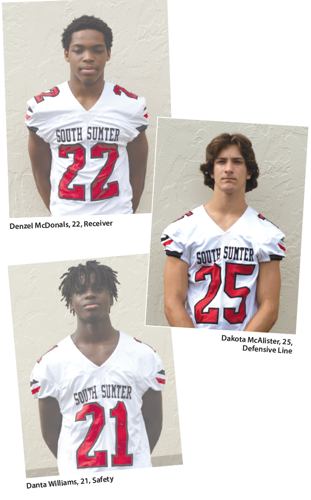 Kaden Payne had a career night for South Sumter this past Friday, rushing nine times for 157 yards and scoring four touchdowns as the Raiders downed Eustis 46-20.

Jamare Dorsey, Ja’Kyrian Turner and Jay Strawder all scored touchdowns as well for the Raiders, while A. Mejia-Lopez added four points kicking.

South Sumter jumped out to an early 19-0 first quarter lead and had the game well in hand at halftime with a 33-6 advantage. Eustis got on the scoreboard at the nine-minute mark of the second period on a touchdown strike.

Early in the third quarter Eustis scored again on a pass play to cut the score to 33-12, but on its next possession South Sumter scored again on the ground to make it 40-12 and four minutes later went up 46-12.

The Panthers capped off the scoring late in the frame on a rushing touchdown to make it 46-19 and cap off all the scoring for the night.

Dorsey rushed 13 times for 140 yards, while Turner tallied 53 yards on six carries and Strawder ran for 36 yards on nine totes.

Quarterback Elan Finkley completed five passes on the night for a total of 58 yards to four different receivers. Jordan Everett and Stanley Young both caught two passes, while Payne and Colby Ringberger each snared one.

Kadur and Turner sacked the Panthers QB a total of three times during the game – Turner once and Kadur twice.

As for the game overall, Lawrence said for the most part, the Raiders implemented the plan coaches laid out for them, but “We found out that we still have some work to do in the passing game, offense and defense.”

As for this week, it’s a “big week,” Lawrence said. “We have Mitchell coming to town and they are in the highest classification.  They are the best team we have faced this season, so far, and this will be a test.”

The game will be played on Inman Sherman Field in Bushnell with game time at 7:30 p.m.