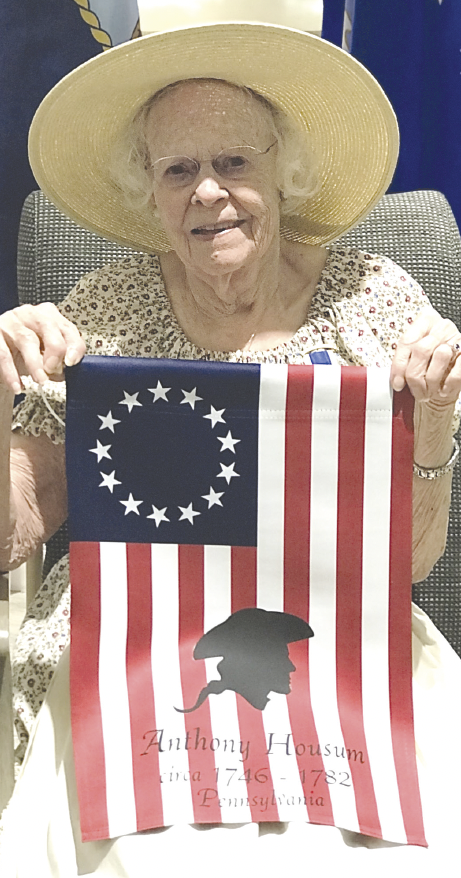 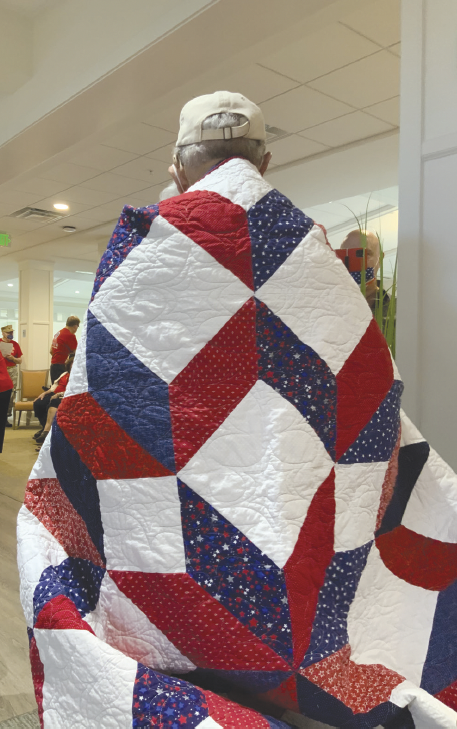 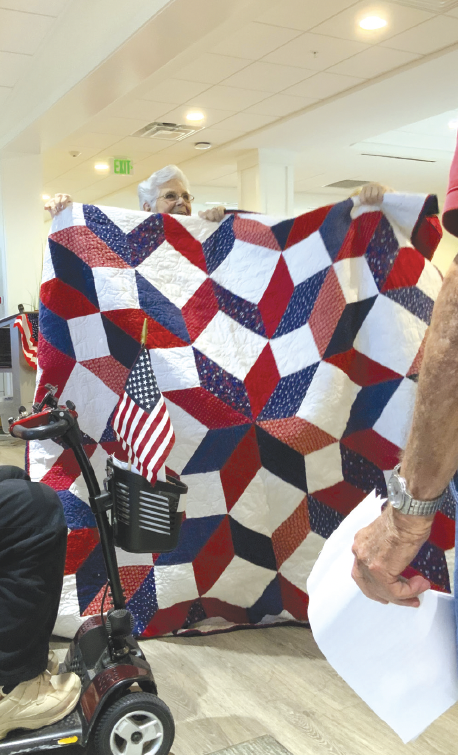 Judy Grow from Quilts of Valor, presents a quilt.

Judy Grow from Quilts of Valor, presents a quilt.

Betsy “Ross” Jordan, of the Bertha Hereford Hall Chapter, National Society Daughters of the American Revolution, accepted a challenge from the organization’s president general to recognize and thank World War II veterans in their communities, finding seven under her own roof at Trinity Springs Assisted Living.

When asked if she would consider honoring all of the worthy veterans in residence, there was no hesitation.

With the support of chapter and staff, Betsy performed an individual service project for Florida State Regent, Debbie Duay, by awarding framed DAR certificates and military appreciation coins to 38 veterans on Veterans Day. A Marine Honor Guard presented the colors, and the National Anthem was delivered by Captain Benedetto Mongiovi, a U.S. Army reservist and veteran liaison with VITAS.

Betsy, wearing her homemade costume with flag at hand, also presented a speech on the significance of the Betsy Ross flag and marking her 15th year representing DAR as “Betsy Ross” during patriotic events and memorial services.

The event concluded with a Quilts of Valor presentation by Group Leader Judy Grow to honor the 16 veterans who served during WWII and Korea. Twelve Vietnam War veteran residents received 50th Anniversary pins from the Vietnam War Commemoration, and entertainment was provided by singers Galen and Paige Spitler,

It was a proud day for this DAR Daughter!