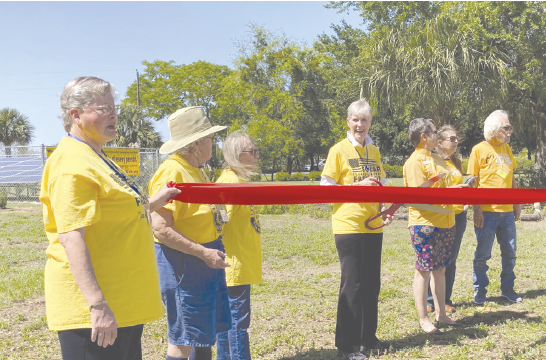 Attendees gathered for a “We Went Solar” group photo. 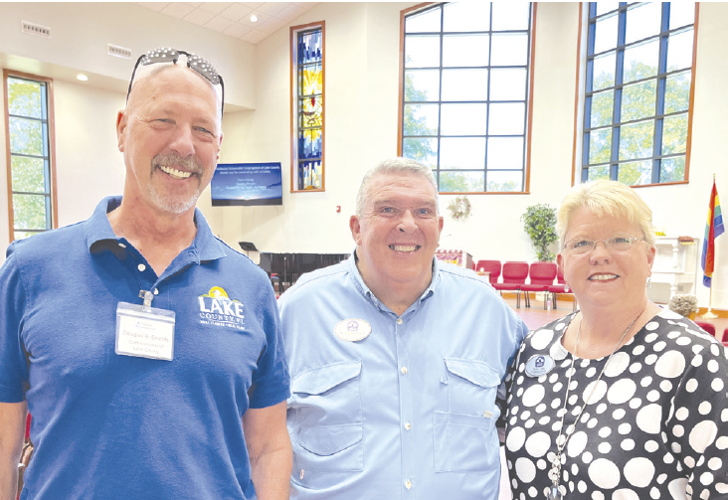 Attendees gathered for a “We Went Solar” group photo.

“Going solar has been a goal of the church since they began planning for their forever home in 2017, making this long-awaited milestone all the more exciting,” the church said in a news release.

The solar installation was built by Optimus Energy Solutions of Mount Dora.

Janeane Reagan, acting board president of the church, and Rev. Kathy Schmitz, guest minister, led the celebration. Mary Dipboye, founder and advisory board member of Solar United Neighbors of Florida, congratulated congregation members and spoke about the Solar United Neighbors co-op program as it related to the church’s new solar array. In addition, ministers of First Unitarian Church of Orlando and Tri-County Unitarian Universalists of Summerville and other members of their congregations joined the event.

Following remarks in the sanctuary, attendees gathered outside for a celebratory ribbon cutting and “We Went Solar” group photo. Refreshments and fellowship followed.

Barbara Marrow, a member of the church’s Social Justice and Environment Committee, said, “As UU’s, we are dedicated to finding ways to not only advocate for social justice issues, but also to take concrete action and ‘be the change.’ Going solar was one step our relatively small congregation could take to address our concerns in our own small way, and to set an example for our members and for the larger community.”

The 24kW system will offset 372 metric tons of carbon dioxide while saving an estimated $110,000 over the next 25 years, according to the church.