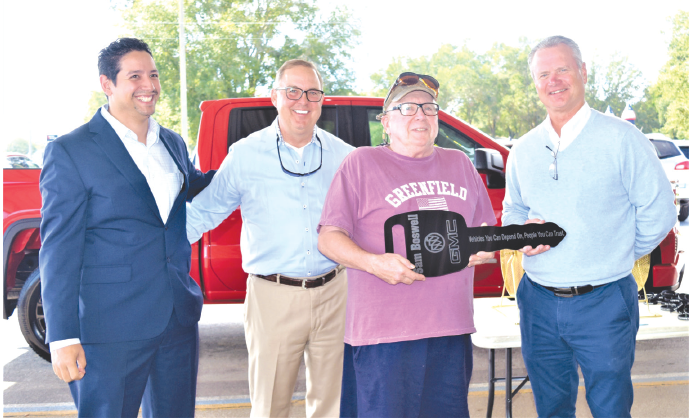 Sam Boswell Buick GMC of Mount Dora celebrated their grand opening in a big way –Thursday was the ribbon cutting with Mount Dora Chamber of Commerce, along with a veteran and first responder cookout. Friday, they hosted a classic car show with live music, food trucks and cash prizes. Saturday, they wrapped up by giving away a new Buick Encore. Winner was Bill Montanari.

In addition, Sam Boswell Buick GMC has teamed up with the Villagers for Veterans in support of Ashley’s House, a 4,000 square-foot transitional group home constructed on Grove Street in Eustis to help female veterans transition from the military.

O’Neal Boswell announced continued support of Ashley’s House by donating $10 to the house for every test drive through Dec. 31. Just let your sales person know you are there to drive for Ashley.