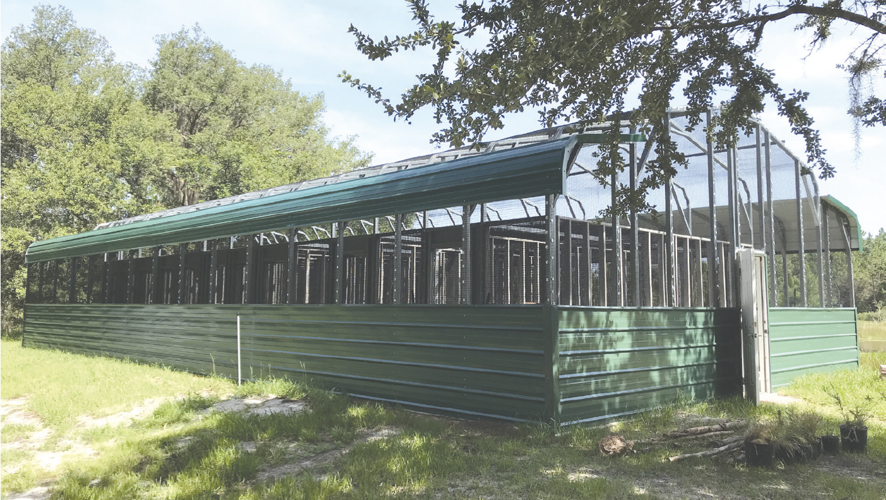 Native plants, shown in front of the new structure, were collected by Florida Native Plant Society volunteer and Triangle News Leader contributing editor Laura Bennett-Kimble to provide the eastern indigo snakes vegetation they would encounter in their natural habitats. 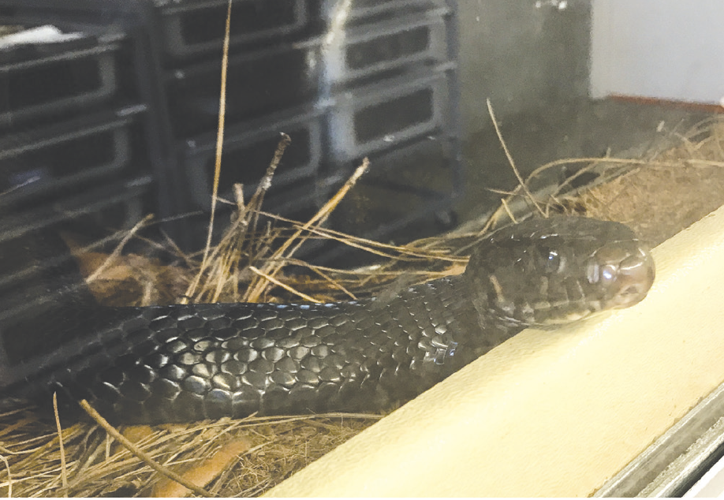 Some of the calm and curious snakes will be back outdoors once their individual units are furnished with plants, tunnels and burrows.

Native plants, shown in front of the new structure, were collected by Florida Native Plant Society volunteer and Triangle News Leader contributing editor Laura Bennett-Kimble to provide the eastern indigo snakes vegetation they would encounter in their natural habitats.

Some of the calm and curious snakes will be back outdoors once their individual units are furnished with plants, tunnels and burrows.

Getting residents at the Lake County-based Orianne Center for Indigo Conservation moved into new outdoor digs is closer to reality, now that construction is complete on the structure that will house them, according to Nick Clark, OCIC supervisor.

The facility, part of the Central Florida Zoo & Botanical Gardens, is the only place actively breeding captive eastern indigo snakes for restoration in their former habitats. In collaboration with other conservation organizations, the center releases small numbers of the endangered snakes in nature preserves in northern Florida and Alabama.

The native, non-venomous eastern indigo snake species once had a healthy population in Florida, but today it is federally designated as threatened. Its main threat? Habitat destruction, fragmentation and degradation, Clark said.

The snake conservation facility’s new outdoor enclosures were slated to be finished many months ago, but the pandemic caused delay after delay. As the weeks turned into months, the old outdoor enclosures were deemed no longer suitable for the indigo snakes that resided in them, and the snakes were relocated to indoor lodgings, where they are living in a climate-controlled environment.

While there’s still a lot to be done before the snakes can move into the outdoor pens, having the construction done is a major hurdle, and staff and volunteers are busy getting the facility move-in ready.

One feature will be native Florida plants, such as wire grass, that are found in the snake’s historical habitats. In addition, burrows and tunnels are being constructed in the enclosures.

The keepers will hold a friendly competition to see who can design and build the most attractive unit. How will the decision be made? Fan voting, of course. Check the Orianne Center for Indigo Conservation Facebook page for more information.