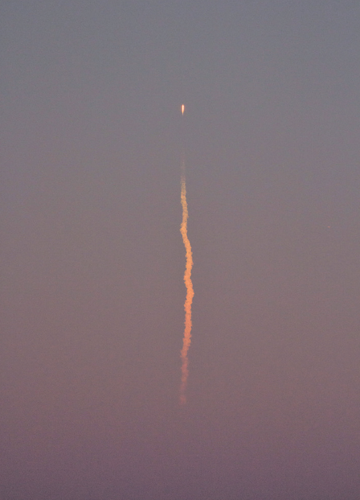 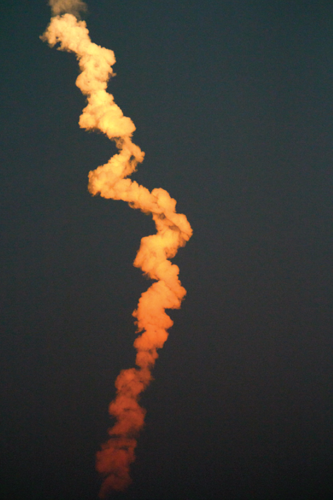 Scrubbed for its Jan. 14 launch date, the SpaceX Falcon Heavy rocket successfully launched the next day as part of the U.S. Space Force’s USSF 67 mission.

Crewless space flights like this one don’t garner the same attention as NASA’s space shuttle program, which launched astronauts into space for decades. Yet, they still capture our interest.

The Sunday evening 5:56 p.m. launch was visible in Lake County, thanks to cloudless skies. In Clermont, Triangle News Leader editor Laura Bennett-Kimble, her husband and a small crowd of strangers gathered on one of the city’s many hills for a clear view of the launch, while the increasing twilight provided dramatic colors to the view.

In addition to the rocket, the Falcon Heavy’s two side boosters were visible after detaching from the rocket. As the rocket zoomed upward, the boosters returned to Cape Canaveral Space Force Station.