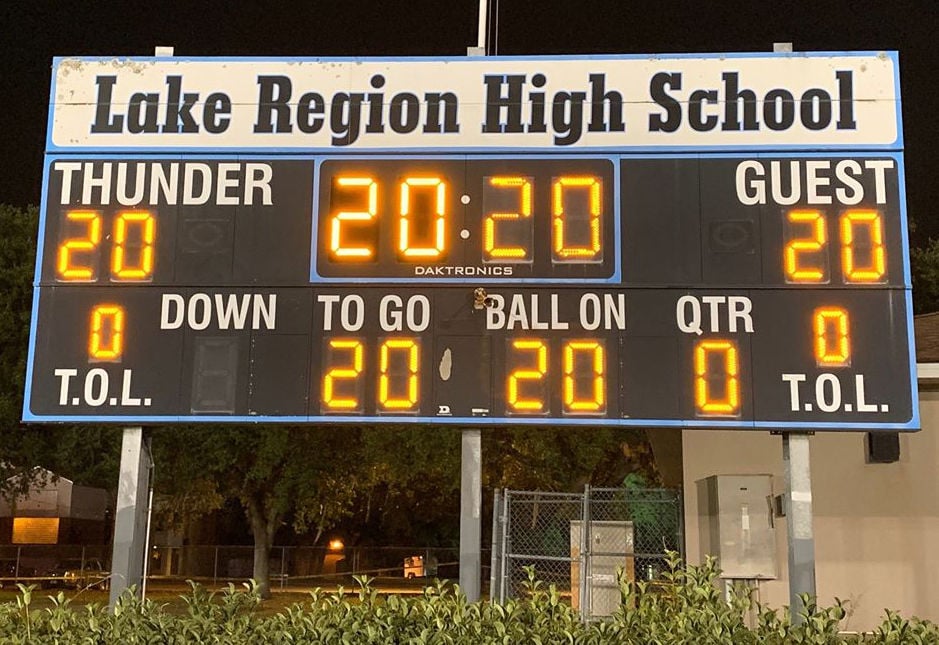 The scoreboard at Lake Region High joined others around Polk County and lit up April 16 to recognize senior high school athletes. 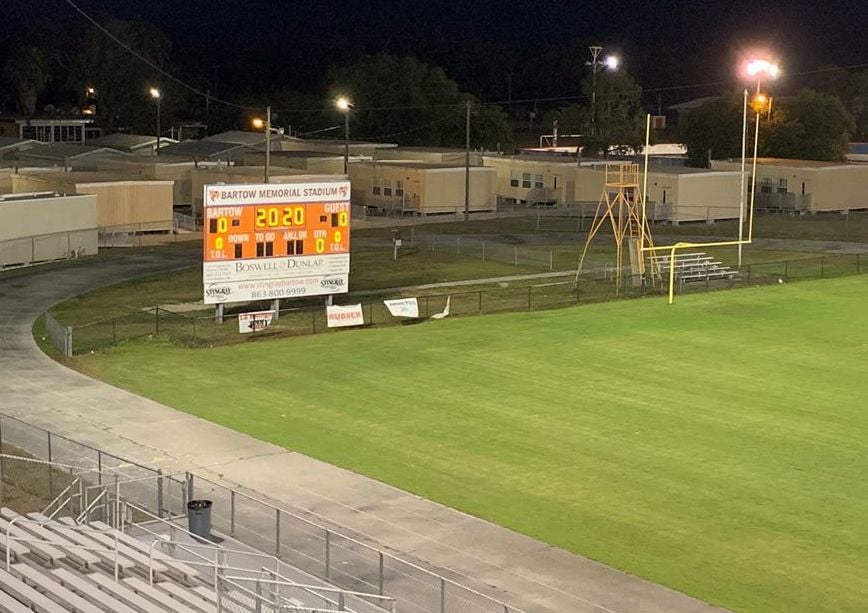 The scoreboard at Bartow High joined others around the county and lit up on April 16 in recognition of senior high school athletes in spring sports. 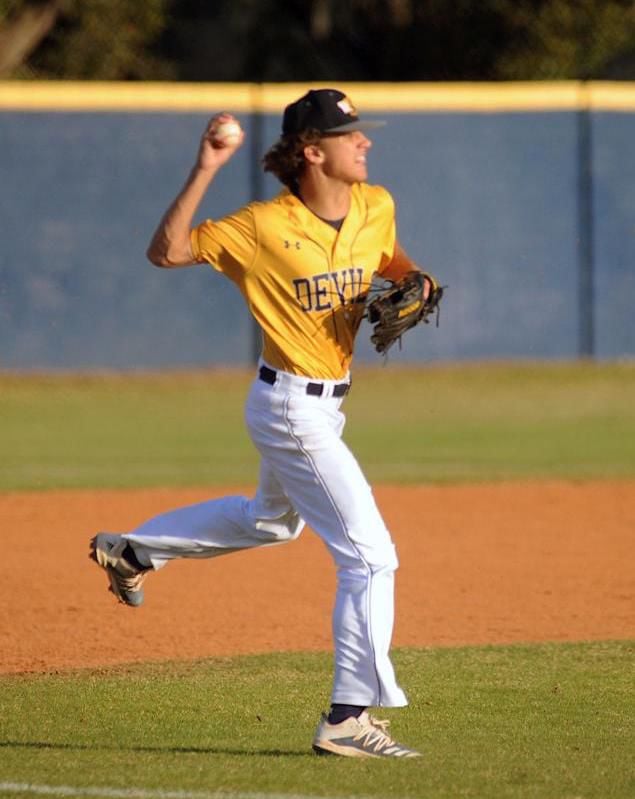 The remainder of the season for spring sports including baseball were officially cancelled this week.

The scoreboard at Lake Region High joined others around Polk County and lit up April 16 to recognize senior high school athletes.

The scoreboard at Bartow High joined others around the county and lit up on April 16 in recognition of senior high school athletes in spring sports.

The remainder of the season for spring sports including baseball were officially cancelled this week.

Last week, Polk County shined a light on the high school spring sports season that went quiet over a month ago.

As it turned out, the timing of Polk County’s “Be the Light” event last Thursday, April 16, was ... well, timely.

Two days later – on Saturday, April 18 – Florida Gov. Ron DeSantis announced campuses would not reopen this semester, effectively turning out the lights on any attempt by the Florida High School Athletic Association to complete the 2020 spring season.

The FHSAA subsequently provided its own statement on Monday, April 20, announcing the decision to “cancel all FHSAA affiliated events, inclusive of the state series and all championship events, for spring sports.” The update also included that no additional eligibility will be granted for spring sport athletes.

The last time local spring teams played was March 13 due to concerns over the novel coronavirus pandemic.

The “Be the Light” tribute, which in part helped honor 2020 high school seniors who had their spring season cut short and involved turning on athletic facility lights at 8:20 p.m. (20:20 military time), ultimately served as a de facto Senior Night for some Polk County high school student athletes.

“It’s definitely a tough time for all of them, but if there is some good at least we got through about a third of the [spring] season,” Lake Region High Athletic Director Bill Bullock said. “So, it wasn’t like they missed their entire senior season and there were a lot of great moments and accomplishments made over those games that we were able to play. That was at least better than missing the entire season.”

Bullock played a central role in bringing a “Be the Light” event to Polk County. Following the recommended safety guidelines, Lake Region did see it as an opportunity to stage a non-traditional form of what would normally happen on Senior Night.

“This is a nationwide event and one of my assistants brought it to my attention,” Bullock said. “I ran it by our principal [Mary Jo Costine] and also our county athletic director [Dan Talbot], so he could get through the administrative stages above.

“They actually had a pretty cool kind of Senior Night [last Thursday] with everybody honking the horns and all the fanfare and the lights and banners and balloons,” he continued. “It was a really good event.”

Bullock, a veteran baseball manager who reached 600 career victories during the Thunder’s 2019 varsity season, said “the main objective was to do some things for the kids and, of course, their families.”

“People don’t realize the parents take it harder probably than any of the coaches,” Bullock said. “We’re going to go on and have another year, but those kids are not. All the parents were very positive and so pleased that we were able to do that for those kids, and I’m sure that was the same case throughout the county.

“The great moments (the athletes) had, they’ll never forget. It's just an unfortunate thing that we’re going through, but I think they’re all smart kids and they all certainly understand what is going on.”