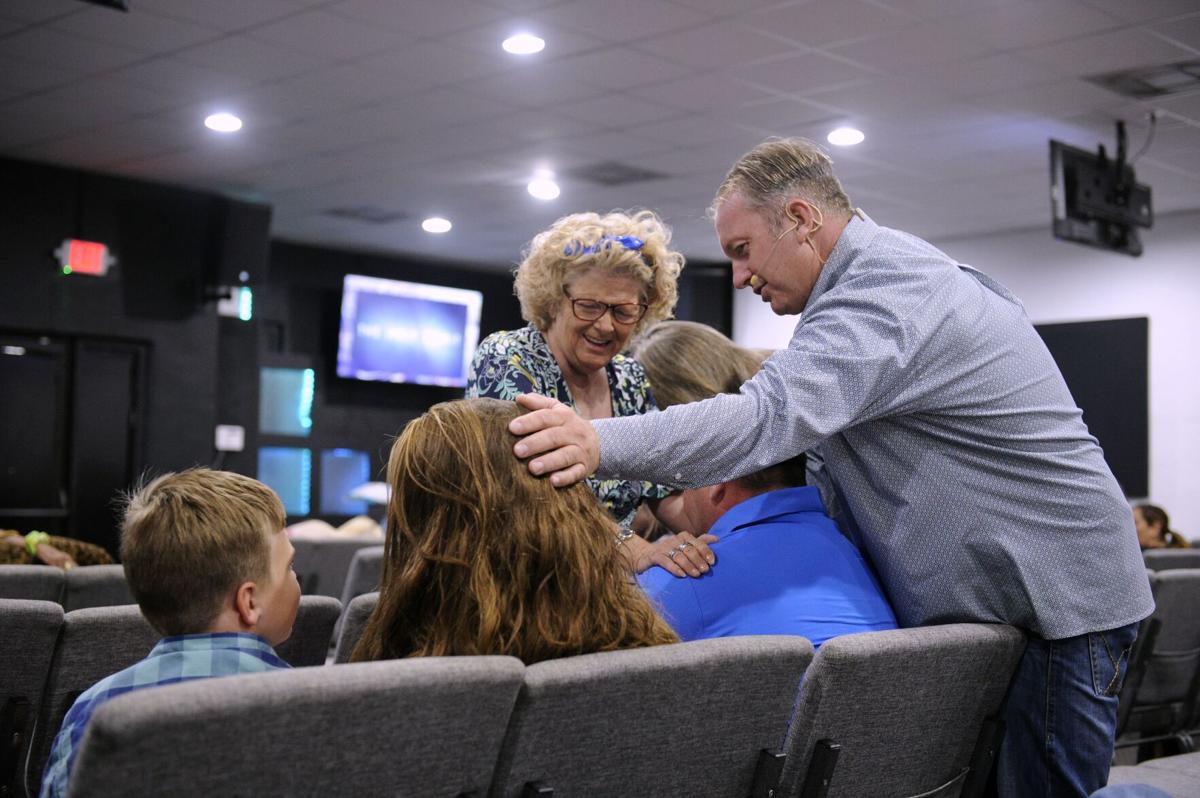 When Freedom Church Pastor Bobby Williams isn't providing hurricane relieve in Louisiana, he finds other ways to heal people who are suffering. Photo by Charles A. Baker III 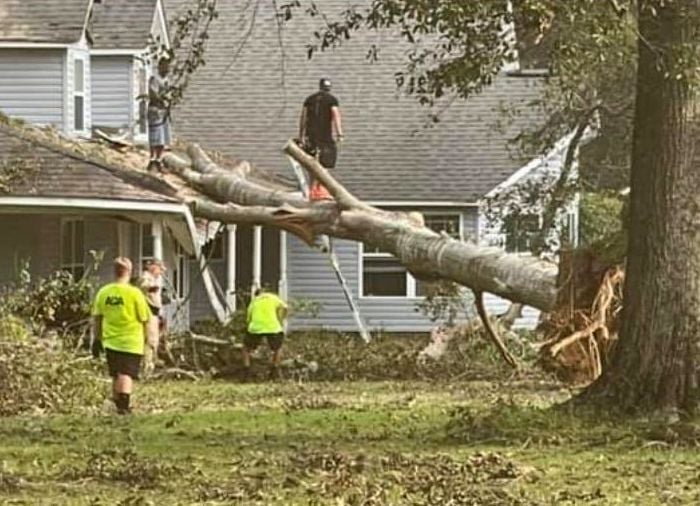 ABA Disasters Ministries volunteers have been trying to remove trees from homes in the Hammond, Louisiana area since Sept. 1. Photo provided by ABA Disaster Ministries

When Freedom Church Pastor Bobby Williams isn't providing hurricane relieve in Louisiana, he finds other ways to heal people who are suffering. Photo by Charles A. Baker III

ABA Disasters Ministries volunteers have been trying to remove trees from homes in the Hammond, Louisiana area since Sept. 1. Photo provided by ABA Disaster Ministries

Williams and members of his church maintain a MidFlorida Food Bank warehouse at Eagle Ridge Mall. As of Sept. 9, Freedom Church volunteers have delivered seven semi-trucks to the New Orleans area loaded down with around 300,000 pounds of food, water and other supplies.

It cost the Freedom Church more than $10,000 to deliver the food through Sept. 9.

“We are to going to continue to keep helping and be a blessing,” Williams said.

Stansell and his team of volunteers generally help people rebuild after disaster. For example, the team left Winter Haven Sept. 1 and since then the volunteers have removed trees from multiple houses and church structures in the Hammond, Louisiana area.

“The Hurricane Ida disaster relief team has been working in the community yesterday and today,” Stansell said. “They’ve had the opportunity to pray with several people and there has been much work to do!”

Both Freedom Church and ABA Disaster Ministries volunteers have helped out with hurricane relief on an ongoing basis for years. These are not superstars who are new to the game of life.

The Freedom Church is currently located on First Street in Eloise, in the heart of what used to be a crime infested neighborhood according to Polk County Sheriff's Office statistics obtained. Pastor Williams has a different way of preaching than most other pastors. He is a man of action, not the quiet listener type.

“When some people come to me, they want to tell me about their poor, pitiful selves and because they have been in religious churches, and other pastors sat and listened, they expect me to listen to them,” Williams said during a recent sermon. “I don't listen. I'll listen to them for a little bit, but I want to go, what have you done to change?”

That may sound cruel to some people, but Williams isn't.

“If you look to me you are going to be disappointed because you are going to think that I have your answer,” Williams said. “It ‘aint’ about Pastor Bobby. It’s about you, the Father, the Son and the Holy Ghost, that's all you need.”

Williams said he is quite busy, but every so often he gets just a little bit of rest. After returning home from New Orleans at around 3 a.m. recently, his mother knocked on his bedroom window at around 4:30 a.m. because one of the drivers was having an issue.

Williams read a text that he received recently just before 1 a.m.

“Thank You from the bottom of our hearts,” the text read. “We are so humbled. It is really late, and we are just getting in. We have been serving since 7 a.m. this morning. We have already distributed so many of the items you all donated. We were able to send volunteers into the community today. The reports were dismal. So many people lost everything. Gas is scarce... We really appreciate your generosity and please keep us in your prayers during our mission here.”

If you are interested in donating, check out Freedom Church and ABA Disaster Ministries on social media. There are links to donate money and means to ask any other questions you have.