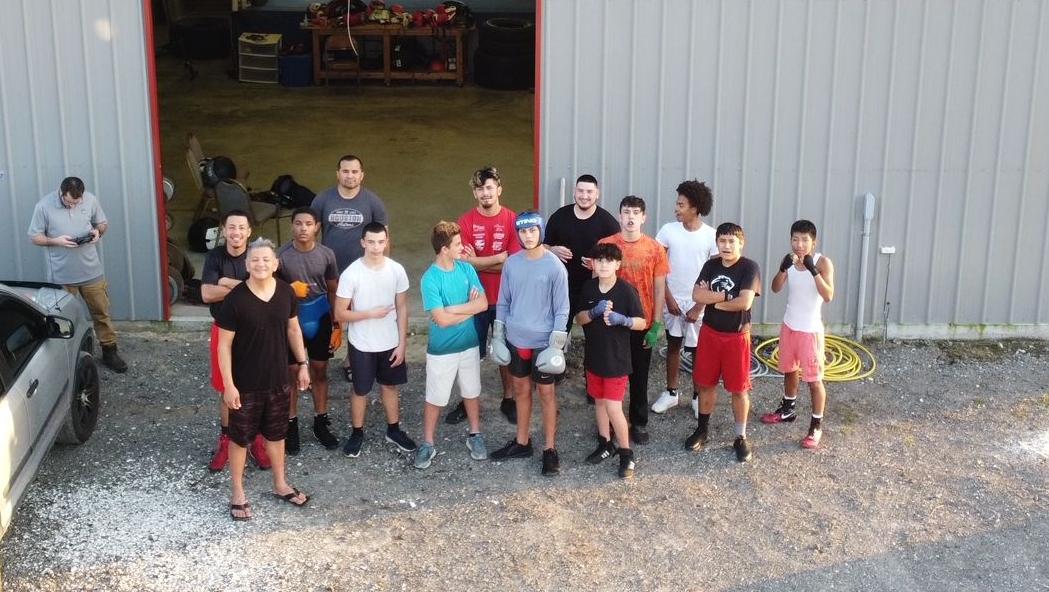 Members of Aguilar Boxing Club pose on the new driveway at the gym, which was completed with the help of donations from the community. 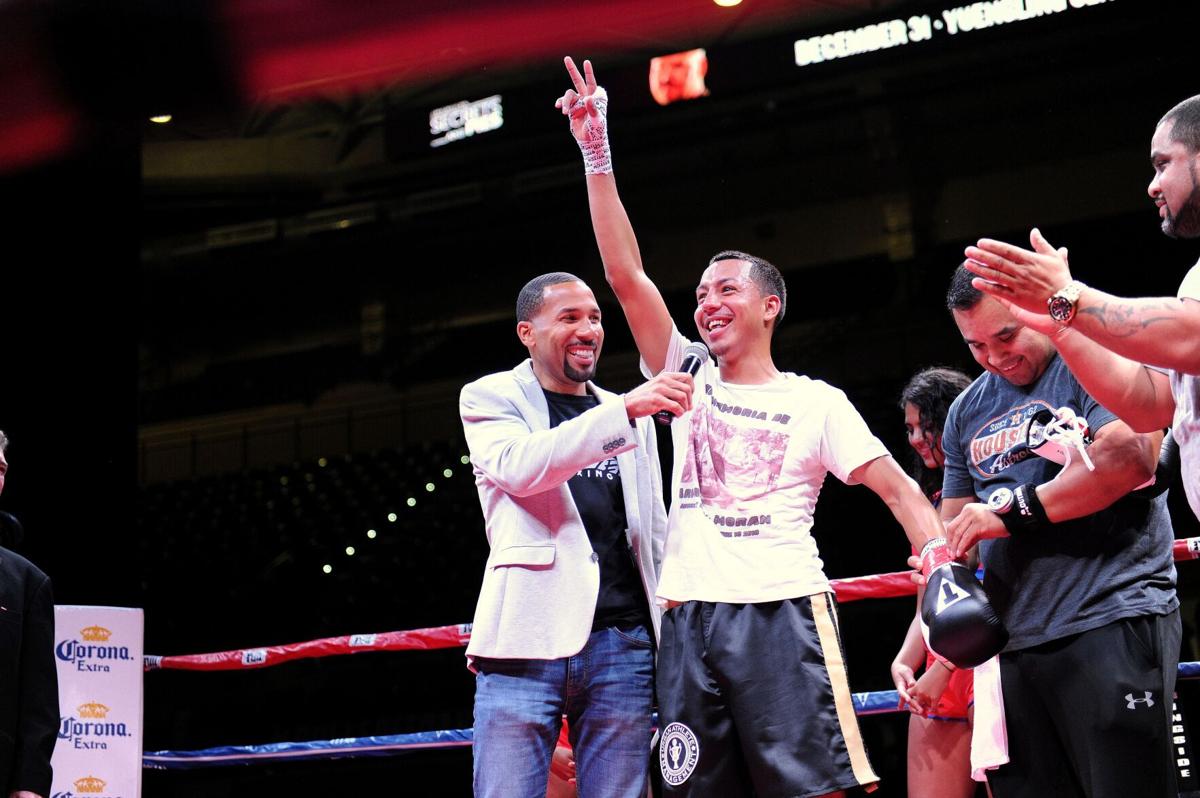 Armando “Mondo” Moran celebrates after getting his second professional boxing victory Nov. 2, 2019, in Tampa. Mikey Aguilar is to his right.

Members of Aguilar Boxing Club pose on the new driveway at the gym, which was completed with the help of donations from the community.

Armando “Mondo” Moran celebrates after getting his second professional boxing victory Nov. 2, 2019, in Tampa. Mikey Aguilar is to his right.

WAHNETA — Aguilar Boxing Club started out as a few pieces of plywood on the ground and a some punching bags hung up in a carport.

Eight years later, Mikey Aguilar now has a proper boxing gym on the south side of Wahneta and good things are happening in that building.

“Our main objective here is to kind of keep the kids away from the bad stuff,” Aguilar said. “I don't care if they don't become champs, as long as they do better in life.”

A group of around 15-20 males of various ages — youths, young adults and mature men — train together on a regular basis there.

Frequently the group goes out for a meal after and, when it does, nobody goes hungry.

Aguilar says that his goal for Aguilar Boxing Club is not about making more money — that it's about a passion for the sport and making the Wahneta community a better place to live. Much of the gym construction costs were offset by donations by area business leaders.

Aguilar describes the gym as being like having an extended family. Asked whether he thinks of some of the boxers as his own children, he smiles.

“I look at them like little brothers,” Aguilar says, jokingly. “Little brothers you can beat up a little bit.”

Asked if he could name any of the athletes he has trained who have gotten in trouble with the police in the past — and who have used boxing as a way to stay off the streets — Aguilar doesn’t hesitate. He points to a poster of Armando “Mondo” Moran on the wall and says, “That man right there.”

Jose Medina, of Wahneta, began his boxing career with Aguilar and now trains in Tampa. Armando Moran is now 4-1 as a professional boxer.

Just a few days before his third professional boxing match, Moran was pulled over for driving erratically and wound up being charged with possession of marijuana. That weekend, he knocked Benny Rodrigez, Jr. down twice, the second time winning the fight by knockout.

Moran hasn't lost a fight or been in trouble with the law since.

Oscar Galindo is a 20-year-old amateur boxer with 12 fights to date. Aguilar said when Galindo started coming to the gym, he was another young person who lived in a neighborhood where it was common to see people getting arrested.

Now, Galindo is in college and holding down a job while continuing to learn boxing.

A few of Aguilar’s student-athletes are likely to compete in USA Boxing nationals later this year: 11-year-old Marcos Ariza, of Wahneta; Zee Zamora Jr., of Winter Haven; and Dekeyz Chandler, of Wahneta. Ben Aguilar recently fought on a boxing card in Orlando.

On May 8, members of Aguilar Boxing Club are putting on a boxing exhibition at Tanner's Lakeside in Winter Haven.

Aguilar said he wanted to thank many of the people who have helped him over the years.

“I'd like to thank Jerry Villeda, Chino San Martin and Ignacio Olguin,” Aguilar said. “These guys are the backbone, since Day One. They will get the kids whatever they need and buy stuff for the gym out of their own pockets.”