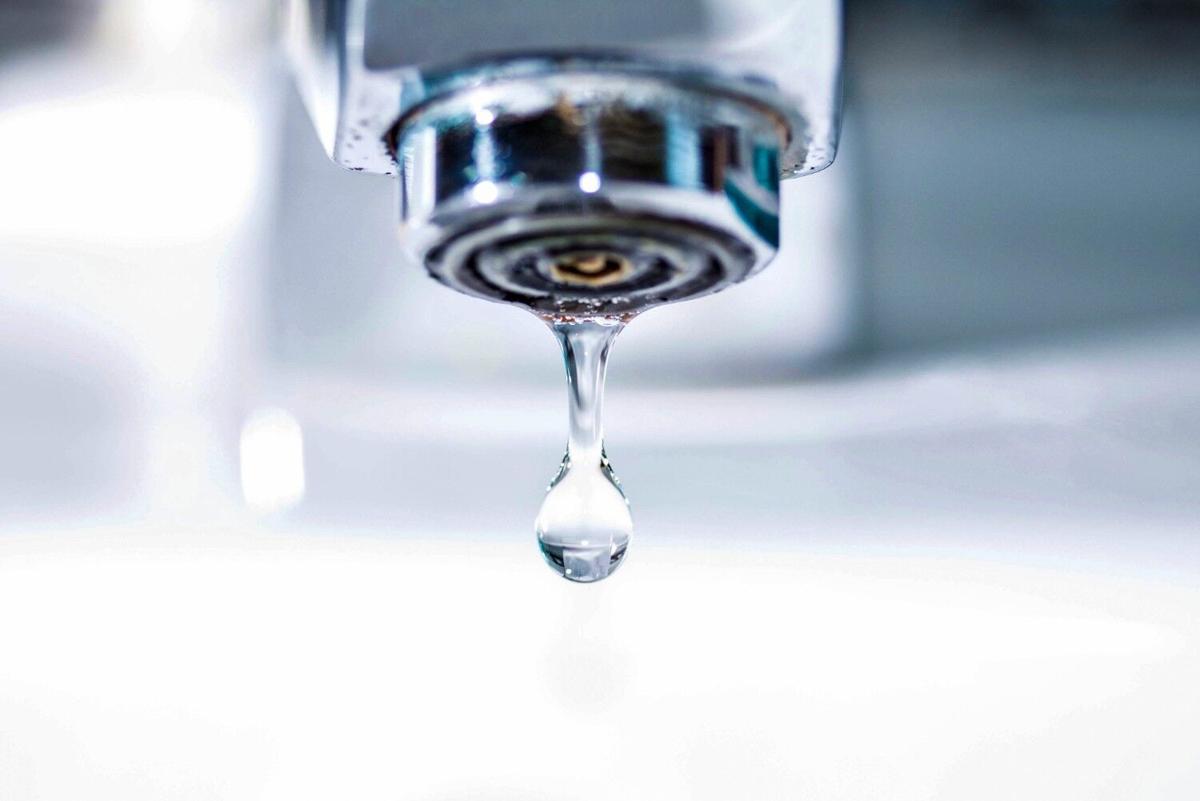 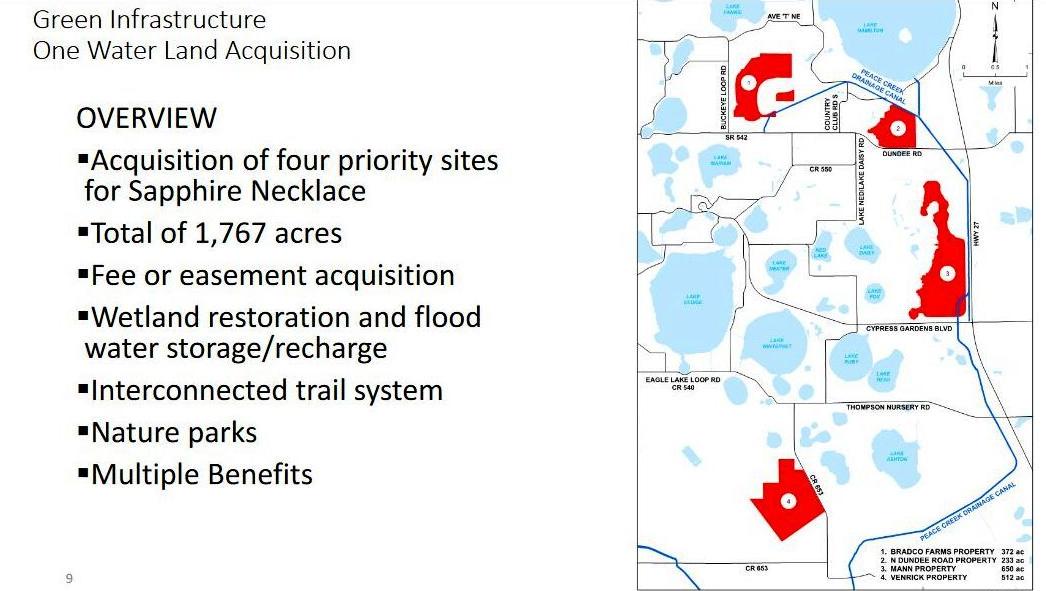 This City of Winter Haven image shows the locations of the four tracts of wetlands that city staff want to purchase using federal grant money. 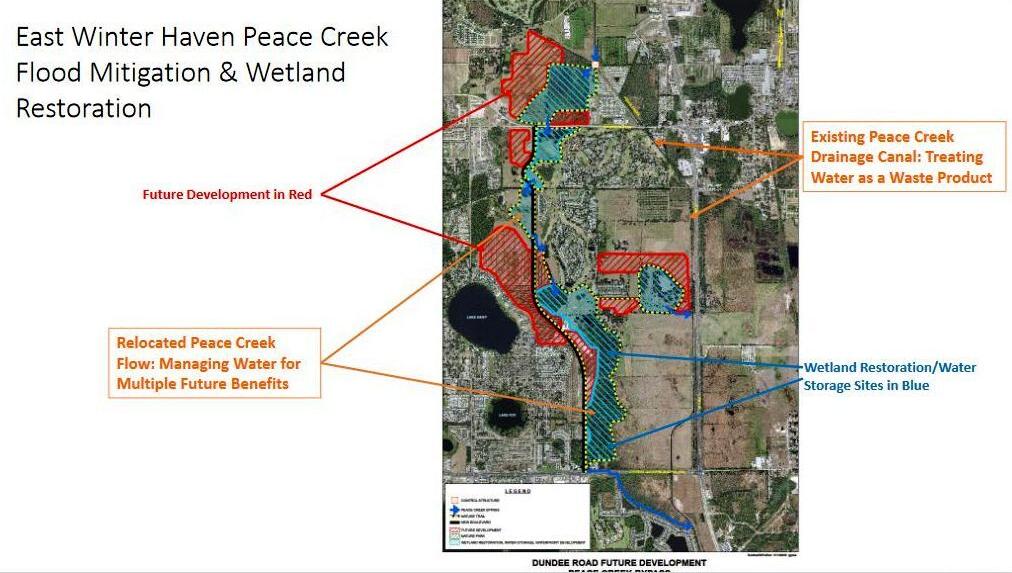 This City of Winter Haven image shows the locations of the four tracts of wetlands that city staff want to purchase using federal grant money.

WINTER HAVEN — City Manager Mike Herr recently said that Florida Department of Economic Opportunity staff will be in Winter Haven Jan. 26 to further analyze a $45 million grant application to purchase four tracts of wetlands around the city over the coming years.

Herr said his team gave FDEO staff a Winter Haven One Water land acquisition presentation around Christmastime, and that — based on the amount of good questions asked — he felt good about the chances that the grant application could be approved.

The reason why city staff want to purchase the wetlands is described in a 2010 city document titled “Sapphire Necklace Hydrologic Restoration Project.”

The document summarizes a theory that the Winter Haven Chain of Lakes and surrounding wetlands can be used more effectively as a water resource. The study starts off saying that a hundred years ago, as the City of Winter Haven started growing, water supply was not a concern. Summer flooding was a much greater concern.

But the City of Winter Haven has grown exponentially since then, and since there is now a concern that too much water is being pumped out of the Upper Floridan Aquifer for public water supply, experts have been studying alternative water possibilities for more than the past decade.

The 2010 document states that the Winter Haven Chain of Lakes and surrounding wetlands could theoretically be used to store around 9.5 billion gallons of rainwater per year – an amount which could be treated and used as an alternative water supply that could benefit residents countywide.

Currently, almost every drop of rain that lands in Winter Haven finds its way down the 100-year-old drainage canals and eventually is used by coastal communities for water supply. Around two years ago, county officials won a court case during which a judge decided county officials had a right to try and harvest more rainwater for local use.

City staff are partnering with PRWC staff to try and get a water use permit to implement parts of the Sapphire Necklace plan, but the application has yet to be completed.

The PRWC board meets next on Jan. 20 at 2 p.m. at the AdventHealth Fieldhouse. A Zoom link is available upon request. Public comment starts at the beginning of each meeting of the board.