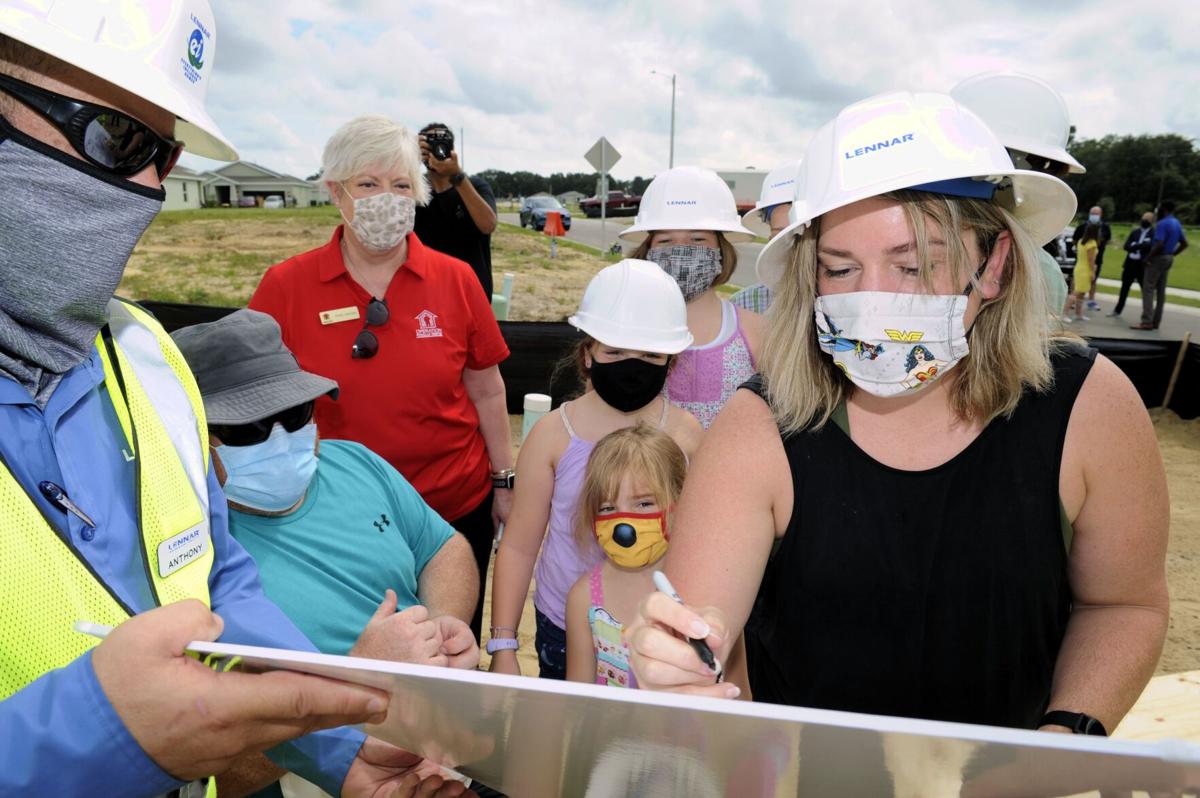 Caira Benson marks the location of the master bedroom on a floor plan of her family’s new home to be constructed near Bartow. Eric and Caira Benson, along with their five children, were awarded a mortgage-free home Oct. 7. 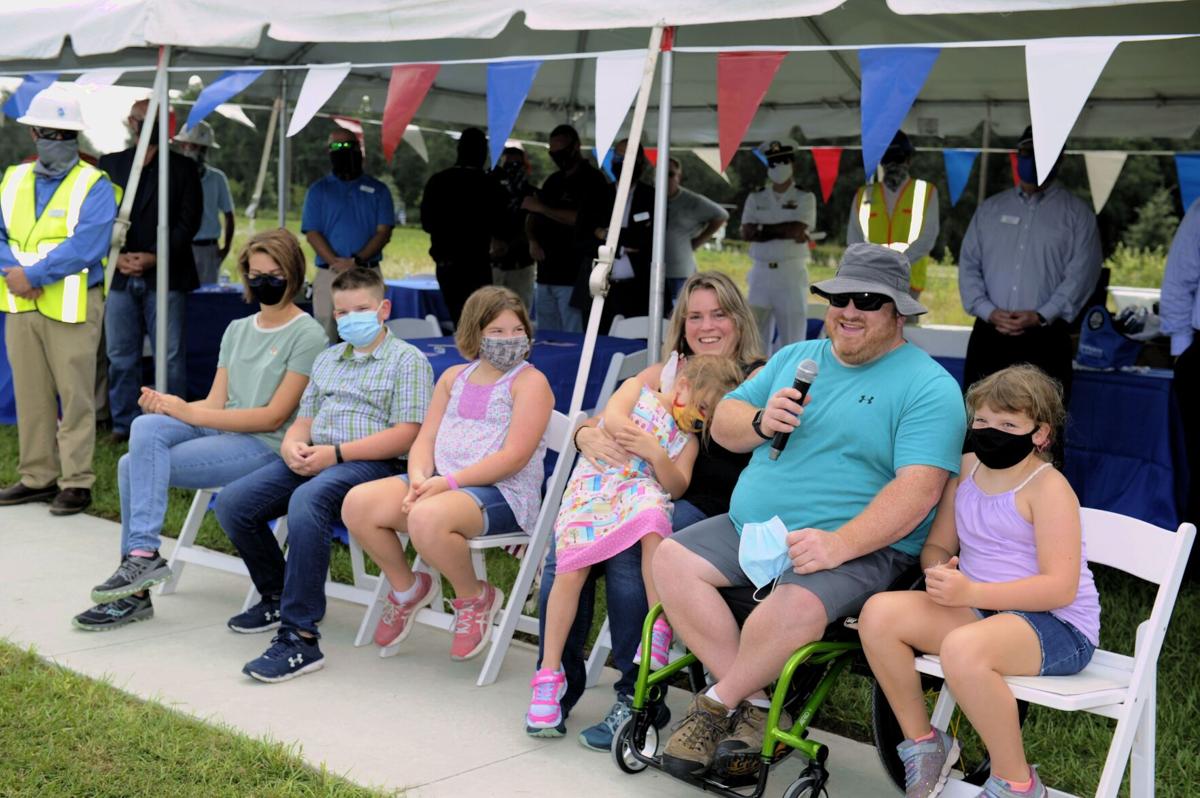 Caira Benson marks the location of the master bedroom on a floor plan of her family’s new home to be constructed near Bartow. Eric and Caira Benson, along with their five children, were awarded a mortgage-free home Oct. 7.

Sometime before Christmas, Army 1st Lt. Eric Benson (Ret.) and his family will become the newest residents of Polk County.

On Oct. 7, the Army veteran was honored with a new mortgage-free home during a groundbreaking ceremony at Liberty Ridge — a new Lennar Homes subdivision being built on Bomber Road, just north of the Bartow Airport.

The couple, who have five children, recently learned they were getting a mortgage-free home during a “Operation FINALLY HOME” virtual meeting. At the groundbreaking ceremony, the family further learned that their new home should be finished by Christmas.

Operation FINALLY HOME has worked with home builders and other investors since 2005. Veterans with greater than 70 percent disability, the ability to maintain a mortgage-free home, and who can provide exit paperwork showing an honorable discharge are eligible to apply.

Benson served from 2003 to 2007 and was deployed to Iraq twice. Fresh out of Officer Candidate School after being injured in a parachuting accident, the combat engineer was deployed to Diyala Province, in Iraq — a rural part of Iraq between Baghdad and Iran. A car bomb that leveled a local police station around 100 yards from Benson further injured the veteran.

Benson met Caira after his first tour of Iraq. During his second tour, the combat engineer did his part to try and help to rebuild parts of Baghdad before his honorable discharge in 2007.

Since then, his family has lived in different regions of the United States. After applying for help and expressing an interest to live in Central Florida, soon the family will have a home of their own to settle down in here in Polk County.

Operation FINALLY HOME staff have now contributed to helping more than 250 families move into mortgage-free homes in 33 states. This was their ninth groundbreaking with Lennar Homes staff.

If you know of a veteran who may qualify, means to apply is located at https://www.operationfinallyhome.org/apply.